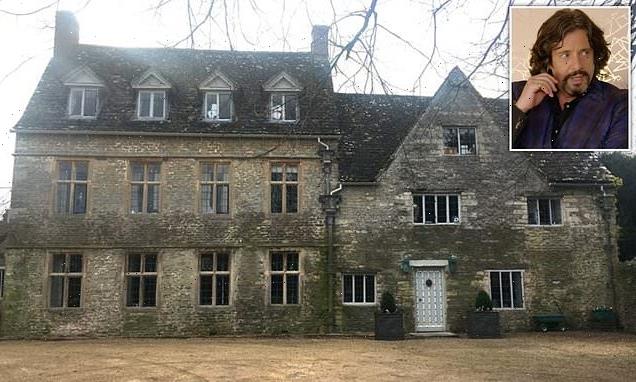 Changing Rooms icon Laurence Llewelyn-Bowen has been given the go-ahead by planners to turn a studio into a granny annex for his growing family at their historic Cotswolds farmhouse.

The former DIY SOS star, 56, wants to convert a detached stone barn-style outbuilding into a two-bedroom home for his daughter Cecile, her partner and grandson Albion.

It is currently used as an office and store but the TV presenter now wants to turn the ground floor into a kitchen and living area. 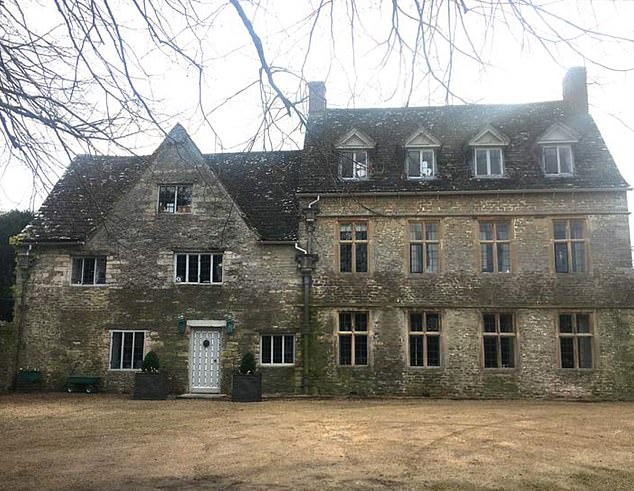 Laurence Llewelyn-Bowen, 55, wants to convert a detached stone barn-style outbuilding into a two-bedroom home for his daughter Cecile, her partner and grandson Albion. Pictured, their 16th-century Grade II listed home

In 2014, he put the 16th Century manor house near Cirencester, Gloucestershire, on the market to build a modern retirement home for himself and wife Jackie but decided to stay put after failing to find a buyer.

Now he has been given the green light by his local council for the studio conversion which would involve taking out an external staircase to create a new driveway. He needs permission because the main six-bedroom house is Grade II listed.

In an interview, he told the Mail on Sunday: ‘We wanted to move because the girls were away at school and stuff but now they are all back.

‘Cecile’s got a child, we are grandparents and the fact we can actually be able to continue to have the same base for this flourishing burgeoning family that is going into the third generation, is amazing.’

In a statement to the council, his planning agents added: ‘In the first instance, it is one of the applicants’ children, their partner and child who will occupy the annex.

‘Mr and Mrs Llewelyn-Bowen’s son-in-law works (on site) for the family’s design company and, as part of their day-to-day living arrangements, the extended family regularly share meals in the main house. 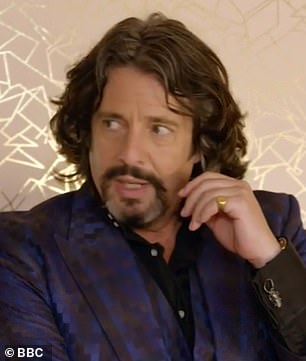 ‘The applicants’ daughter and her spouse will also continue to make use of ancillary domestic facilities available at the main house (e.g laundry, utility, garden, parking, etc). They are also dependant on the applicants for childcare support.

‘Depending on future need, it may be that the proposed annex is used by Mrs Llewelyn-Bowen’s elderly mother whose health is such that she is likely to require additional care and support in the near future.

‘If in due course the annex is no longer required by family members, it is anticipated that the accommodation could be used as staff quarters which would be befitting of a property of this size and stature.’

Llewelyn-Bowen’s home was once owned by John Roberts, a founding member of the Quaker movement who fought with Oliver Cromwell during the Civil War and was later imprisoned in Gloucester Castle.

The sprawling grounds include a 17th Century Quaker burial ground, a former orchard and decorative pond but the site is not in a designated Area of Outstanding Natural Beauty (AONB) or conservation area.

The studio was added 10 years ago and Llewelyn-Bowen was last year given the go-ahead to build a garden room and archway in a garden wall.

Officials at Cotswolds Council gave the conversion the go-ahead after there were no objections from neighbours or conservationists.

Planning officer Claire Baker ruled: ‘The proposals would retain the simple appearance and similar level of enclosure as currently exists.

‘The proposals would sufficiently preserve the possibly curtilage listed wall and will most importantly preserve the setting of the main listed building. The significance of the building as a designated heritage asset would be sustained.’

Other famous residents who live in the area include former Arsenal captain Tony Adams and actor Jamie Dornan.