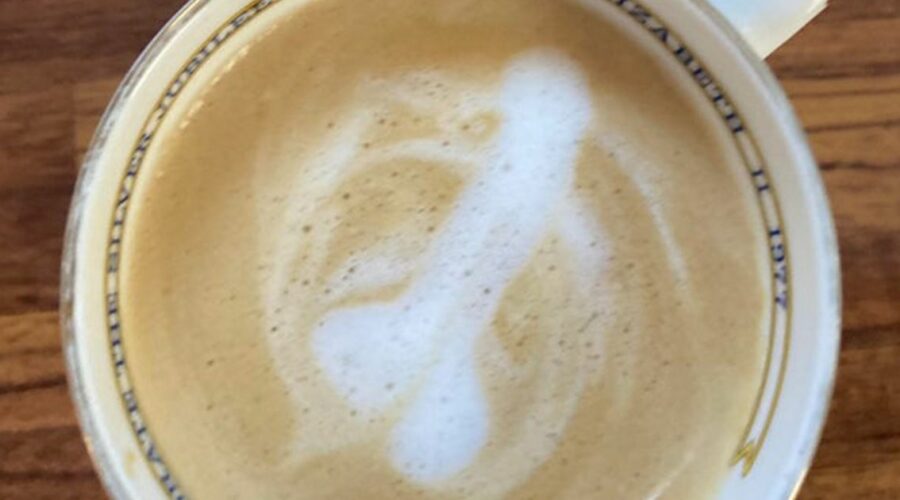 A well-intentioned latte art novice keen to hone his skills offered his grandmother a coffee and attempted to morph the milk into a heart — with X-rated results.

The UK-based bloke poured the milk only to find that it looked glaringly similar to a penis, opting against giving it to the 90-year-old out of concern she'd "have a heart attack".

"Was trying to make my Gran (90) a nice coffee this morning, (I’ve been trying to learn how to do latte art) safe to say the heart didn’t turn out as I’d hoped… ft a fairly old mug," he posted on Reddit.

He later revealed: "I didn’t actually give it to her like that, she’d of [sic] had a heart attack haha, I added a bit more milk after I took the photo so it was just a blob."

"Here's your morning d***-me-up," someone jested in the comment section.

Another person responded pointedly: "I mean, it’s a kind of heart, right? That’s why guys sometimes think with it."

"It may not be a heart, but its still a symbol of love," added a third person.

The phallic news follows a small village being rocked by penis graffiti, attributed to a local 'Banksy,' after a penis was daubed on a football pitch with a chalk roller.

Eyebrows were raised in Pollington, in the East Riding of Yorkshire around 30 miles south east of Leeds, last week when some young ones commandeered the machine, usually used for drawing football lines, and decided to get creative.

"I believe some ones little darlings have managed to get hold of a chalk runner," said one woman in a local Facebook group.

The crime scene picture consists of a football, the discarded roller and the roughly 10ft member.

"Is this to mark out an area for all away teams?" joked one man in response to the post.

Another man added: "Very neat circles them got some talent whoever it is."