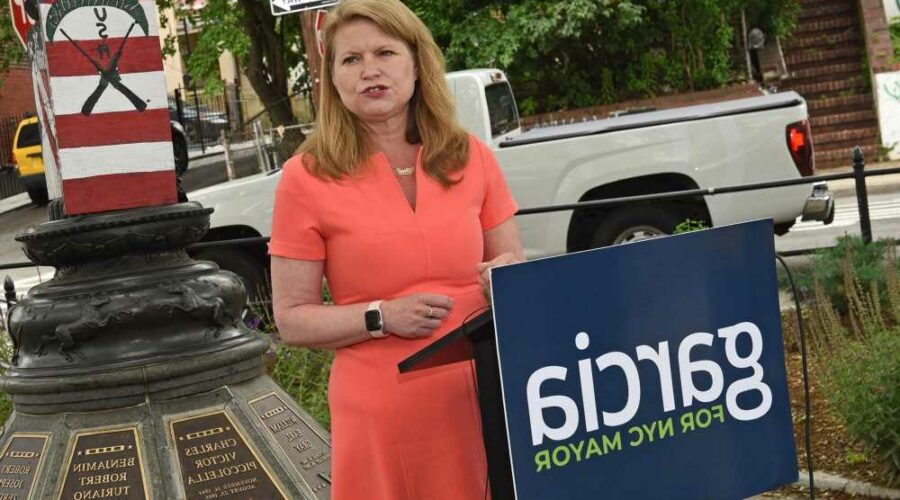 Let me Google that for you: Stringer audit blasts Garcia amid mayoral race

Kathryn Garcia lacks the political will to lead NYC: critics

I was walking around the Lower East Side with some friends recently, and it struck me how insane it is to consider electing as Gotham’s mayor someone whose main credentials are that she oversaw sanitation under Mayor Bill de Blasio and was interim chairwoman of the New York City Housing Authority for six months.

Have we gone crazy? Kathryn Garcia’s own résumé disqualifies her.

You must see the dirty streets as you walk in Astoria, Forest Hill, Rockaway, Gun Hill Road, Fordham Road, Pelham Parkway, Crown Heights, Brownsville and on and on. The filth in Midtown is something else. Trash litters seemingly every corner: plastic garbage, beer bottles, napkins and sometimes downright unspeakable leftovers of urban life. And the New York City Housing Authority is a mess of drugs, crime and elevators that don’t work.

Garcia touts her record of good performance as sanitation commissioner for six years and says she resigned when de Blasio cut her budget by $100 million. So she abdicated and absconded, instead of fighting harder. As a result, the city streets are dirtier than they have been for as long as I can remember, and I’m an old-timer.

It is especially egregious for Garcia to tout her oversight of NYCHA — a place of bureaucratic dysfunction and mendacity. The authority has had to accept a federal monitor to clean up its act. The NYCHA leadership had been caught in a major scandal, because they had lied to the feds about lead-paint inspections and the number of kids who might have been affected.

The authority’s leadership signed off on documents indicating that the city was in lead-paint compliance, when, in fact, it wasn’t. The Department of Investigation discovered that NYCHA hadn’t been conducting the required annual inspections of apartments. This caused the US Department of Housing and Urban Development to withhold federal dollars without federal approval.

The US government filed suit in federal court in June 2018, claiming among other things that NYCHA had failed to comply with lead-paint regulations. Among the complaints: “Mold grows unchecked at many NYCHA developments, often on a large scale. Across the city residents are provided inadequate heat in winter, leading to frigid apartment temperatures. . . . Leaks, peeling paint and other deterioration are common.”

The following year, the federal monitor, Brad Schwartz, and the city signed an agreement to work toward improvement. Schwartz — who had described NYCHA as “an organization fraught with serious problems in structure, culture and direction, and perhaps even worse” — took office in February 2019. That was about the time Garcia was appointed interim chairwoman and president of NYCHA.

In his first quarterly report, Schwarz he noted that NYCHA’s compliance plan lacked “a sufficient focus on integrity, given NYCHA’s history of false statements.”

Schwartz claimed that Garcia had omitted details about lead-paint compliance while testifying about the lead scandal to the City Council in May 2019. Later, on May 31, 2019, Garcia changed her testimony and admitted that “NYCHA . . . is unable to certify its compliance with applicable lead-based paint regulations.”

By August that year, NYCHA had a permanent leader. The authority continues to work with the federal monitor; improvements are slow. This is not a record for which Garcia can claim credit.

Simply stated: Kathryn Garcia is part of the de Blasio mess. She could not fix the mess when she had a commanding role in his administration, and she can’t fix it now.

My view is that a mayor needs to be much more than a manager who worked for the disastrous de Blasio administration. That is why I am supporting Eric Adams. People want a leader who is tough, offers hope and gets the job done. Walking away isn’t an option.

Andrew Stein is a former president of the New York City Council.