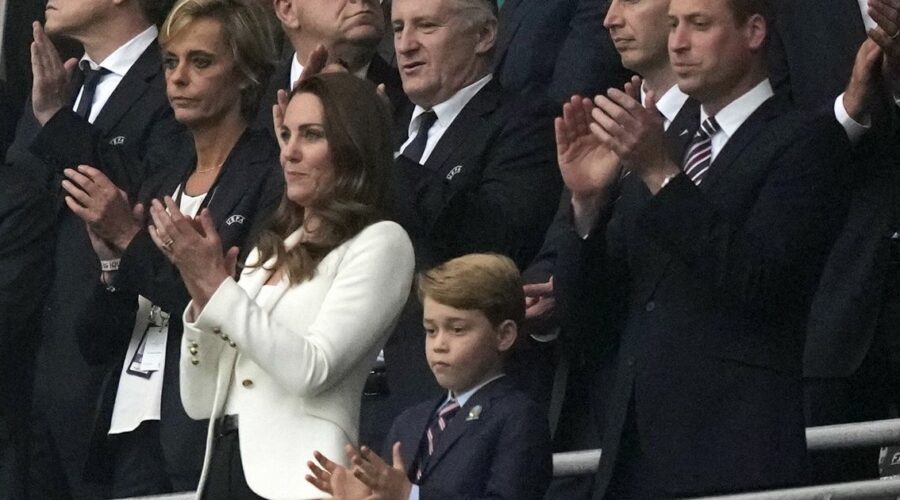 Kate Middleton is reportedly so upset at criticism of Prince George that she might not release a birthday photo of him this year, a royal expert claimed.

George will turn eight next Thursday (June 22), and the Duke and Duchess of Cambridge usually mark their children's birthdays by releasing adorable pictures of the youngsters.

George made a couple of appearances at Wembley for England games during Euro 2020, and received some negative attention on social media for wearing a suit and tie like his dad.

Royal biographer Angela Levin claims there are rumours this could put William and Kate off releasing a new photo of him.

She told True Royalty TV's The Royal Beat: "There are rumours that we might not see the photograph (of Prince George) when he's eight, because they've been so upset by the rudeness of people mocking a little boy aged seven.

"I hope they can overcome."

She added: "I reckon they will put one out."

It had been claimed that George will be kept "out of the limelight" after he was targeted by cruel internet trolls.

Royal expert Robert Jobson said: "With George, he got quite a lot of social media attention.

"Some were critical about him wearing a shirt and tie like this dad, which I thought was very harsh.

"He has been very popular, but I think they are going to try and keep him out of the limelight a little bit."

"They are very conscious of that. The pictures were great with his dad when he was celebrating for that all too brief moment."

Other royal fans reckon England's defeat to Italy in the Euro 2020 final will "wound" George for the rest of his life.

The schoolboy looked heartbroken after the Three Lions lost in a penalty shoot-out.

A representative for the Duke and Duchess of Cambridge has been contacted for comment.