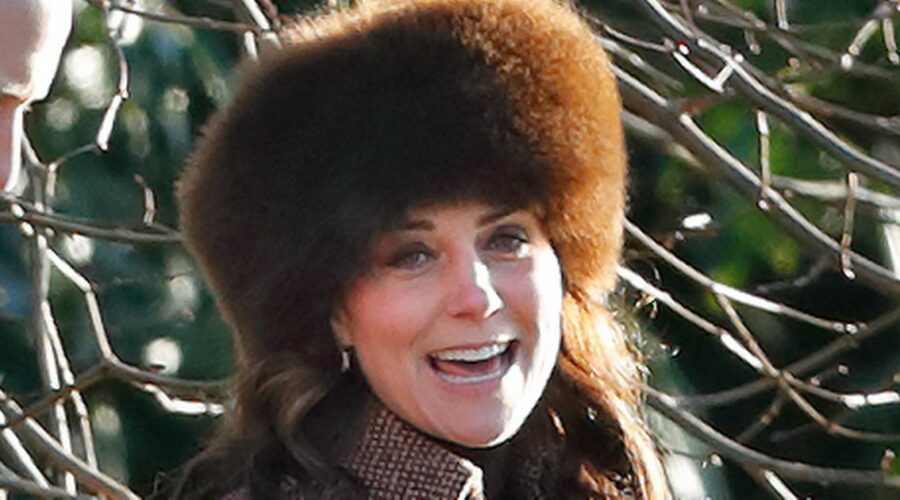 Kate Middleton and the Queen have been guilty of breaking a royal rule with their outfits as they frequently have been spotted wearing fur.

The Royal Family currently have to adhere to a 700-year-old rule that bans them from wearing fur.

However, during her time as a working member of the Royal Family, Meghan Markle was never seen wearing fur with her outfit.

Royals have several strict rules, from how you dress to how you eat, but several of these rules are ancient but do have certain exceptions.

The Fur Act of 1337 was created by King Edward III and banned people wearing fur, including the Royal Family. But there were exceptions to the rule as the reigning monarch is required to wear fur during the opening of Parliament.

The Queen has made strides to change from real fur to faux fur in recent years.

According to the Queen's royal dresser Angela Kelly, the Queen stopped wearing new clothes featuring real fur in 2019 with any new items of clothing to use faux fur. Even some of her old items of clothing had to be altered to replace real fur with faux fur.

Both Kate and future Queen Consort Camilla have also fallen foul to the ancient rule with coats and hats featuring real fur.

Kate was seen back in 2016 wearing fur at Christmas and Camilla’s fur hat was hit with backlash that prompted her to buy a series of faux fur replicas. Meanwhile, Meghan has never been pictured wearing fur and has been praised for her more sustainable fashion sense.

During her days as a working royal, the Duchess of Sussex was praised for championing sustainable fashion, particularly on her royal tour with Prince Harry to Africa.

Harry is currently in a battle with the Home Office over police protection at the Royal Courts of Justice in London. For the latest breaking news from the Royal Family and stories from the Daily Star, sign up for our newsletter by clickinghere.

The Duke of Sussex looks to bring his children to visit from the US, but his barrister told the High Court on Friday that he “does not feel safe” when visiting under the current security arrangements.

He is arguing that his private protection team in the US does not have adequate jurisdiction abroad or access to UK intelligence information which is needed to keep his family safe.

The hearing in front of Mr Justice Swift continues with a written judgement due at a later date.