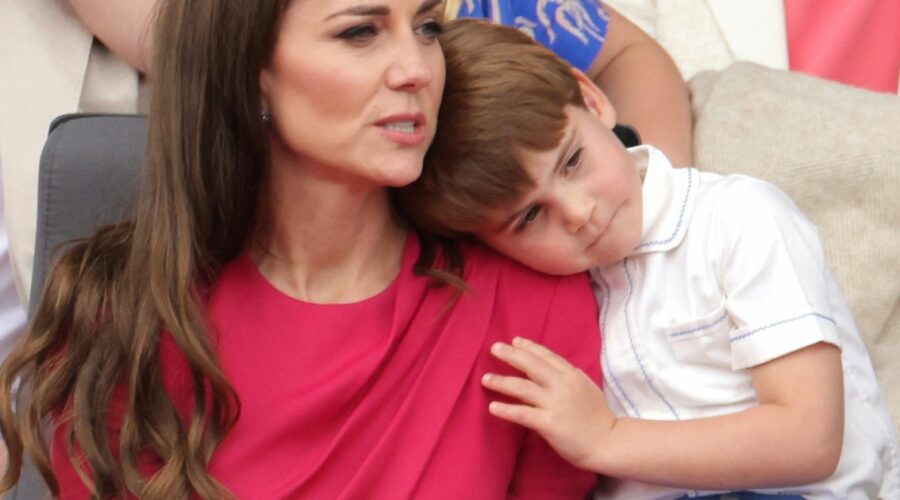 Prince Louis, 4, hit headlines for his humorous facial expressions during the four-day bank holiday weekend, which have since been transformed into memes.

The Duke and Duchess of Cambridge marked his Jubilee antics with a post on Twitter and confirmed their three children enjoyed the spectacular events.

Princess Charlotte and her mother also enjoyed the weekend, as they were spotted singing during the Queen's Platinum Party at the Palace on Saturday (June 4).

The Cambridges said on Twitter: "What a fantastic weekend of celebrations. Seeing people across the nation coming together with family, friends and loved ones has been extremely special.

"Thank you to everyone who turned out to show their gratitude to The Queen and her inspiring 70 years of leadership. From the crowds on the Mall to communities hosting street parties up and down the country, we hope you had a weekend to remember.

"We all had an incredible time, especially Louis… W & C."

Louis first won over the crowds on Thursday during the RAF flypast as he was caught covering his ears from the noise of the aircraft, reports Express.

He was spotted again on Sunday covering his mother Kate's mouth during the pageant, as well as sitting on his father William and his grandfather Prince Charles' laps during the ceremony.

He even appeared to have a sweet interaction with Mike Tindall, husband of Zara Anne Elizabeth Tindall, at one point, with one person tweeting: "Prince Louis deserves his own meme section! I can't with how expressive his face is!"

Young Louis was also spotted making hilarious faces at Kate Middleton as she attempted to calm him down during the pageant.

There were also heartwarming images showing the pair cuddled up together during the ceremony.

With another Twitter user saying: "How does Prince Louis manage to express every expression on the emoji keyboard in one sitting? Kid is gold!"

The Duke and Duchess of Cambridge attended the Platinum Jubilee alongside their three children Prince George, Princess Charlotte, and Prince Louis at the weekend.

The family appeared alongside Her Majesty on the Buckingham Palace balcony during the Trooping The Colour parade on Thursday and Pageant on Sunday.

The Duke and Duchess thanked the nation for showing their gratitude to the Queen and called her "inspiring" in the heartwarming statement this afternoon.

The statement came alongside pictures of the family enjoying the celebrations over the weekend.

One user commented: "As a parent, we can all relate to your strong relationship with Louis."