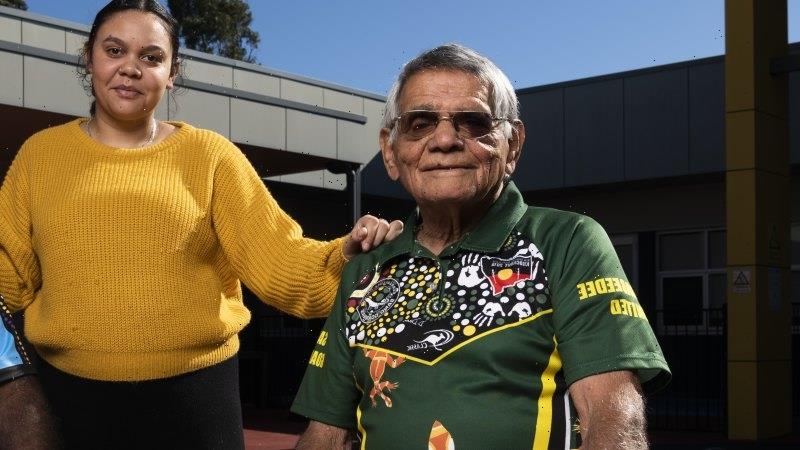 John Delaney was busting to vote when he turned 21 in 1955: “When I was filling out the form, I saw the part about those who were exempt: People of unsound mind, prisoners and Aborigines,” recalled the 88-year-old Aboriginal elder this week.

On May 21, 1962, the Commonwealth Electoral Act was amended to extend the right to enrol and vote to all Indigenous Australians. Women had been granted the vote in 1902.

To mark the 60th anniversary this Saturday, the Australian Electoral Commission will operate a polling station on Aboriginal land at Tharawal Aboriginal Corporation, near Campbelltown, to encourage more Indigenous people to vote and overcome a historical mistrust of government. 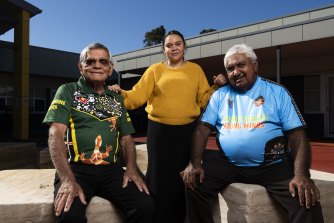 It is part of a unique pilot program by the AEC with Tharawal that could be rolled out across Australia.

Alana Rossmann, a project officer with Tharawal who is working with the AEC on the project, said the aim was “to provide a culturally safe place for elders and community to come to on election day to have a yarn, a cuppa and learn a little more about how an election is run.”

Although the polling station is open to all voters, members of the local Aboriginal community members will work as polling assistants to help elders and community understand how to place their vote correctly, she said.

Announcing more funding to increase Indigenous participation in elections last year, the Minister for Indigenous Australians Ken Wyatt said the enrolment rate had risen from 75 per cent in 2017 to 79 per cent in 2021.

Aboriginal elders like Delaney, Campbelltown’s Uncle Ivan Wellington, and young people like Shakayla French, 18, are also appearing in an AEC video to be shown nationally.

Because of discrimination, Delaney, who’d grown up in a political “card-carrying Labor Party family” that counted PM Ben Chifley as a friend, said he had opted not to vote until after the 1967 referendum that counted Indigenous Australians in the census.

While Indigenous Australians were granted the right to vote in 1962, it was not compulsory for them to enrol or vote until 1984, something that angered Delaney, a former Aboriginal and Torres Strait Islander Commissioner who also held other senior roles in government.

“In 1962, along came this change to the AEC, I said, ‘you beaut’. They said I had the option to vote. But the sad part about the 1962 electoral roll [change] was that I couldn’t put my name to that. Optional might not sound discriminatory to some people.

“But why was it that my white Russian brother [his close friend] had to vote, and he wasn’t even born in the country? ” said Delaney.

Poor literacy has also been a barrier to many Indigenous people voting. And other First Nations people don’t have birth certificates and the necessary documentation to enrol.

Tharawal’s chairperson Daryll Wright, now 70, came to Sydney from the Mid-North Coast to play football, but he couldn’t read. The Dunghutti man taught himself by looking at football magazines.

Uncle Ivan Wellington, a 75-year-old Tharawal elder and a Campbelltown icon, said he didn’t want to vote when he was growing up because of “darkness, anger and suspicion” resulting from how he had been treated. His family had been moved from their lands to a mission near Kiama, he wasn’t allowed to speak his language and his education was poor.

Disenfranchised and disillusioned, Uncle Ivan didn’t vote until 1972, when he was caught up in the excitement of the “It’s Time” campaign that swept Labor’s Gough Whitlam into power.

Now, after a long healing process, he says it is time for Indigenous Australians to vote if they want change to happen.

It will be French’s first time voting this Saturday, and she wants to urge other Indigenous young people to do so too. “I think we could do a lot if every one of us decided to vote.”

Delaney says if all Indigenous Australians turned out to vote, they could form a powerful bloc or form their own party. He has already voted, supporting the Indigenous-Aboriginal Party’s Senate candidates who are standing on a platform based on the Uluru Statement from the Heart.

Experts like Dr Dani Larkin, the deputy director of the Indigenous Law Centre, UNSW Sydney, said if Australia was serious about including First Nations’ people in its democracy, measures like the one at Tharawal were important, but electoral reform also needed to occur.

She said the government’s estimate of enrolments was generous.

Larkin said there was also a lack of trust in the process by First Nation’s people and insufficient education about how to vote within communities resulting in high numbers of informal votes.

There was also a need for electoral law reform so Indigenous prisoners serving lengthy terms of imprisonment could vote and those who are deemed to be of “unsound mind” with intellectual disabilities could vote, too, she said.

Aboriginal and Torres Strait Islander prisoners account for about one third of the prison population. They also have higher rates of intellectual disability than the general population.

Cut through the noise of the federal election campaign with news, views and expert analysis from Jacqueline Maley. Sign up to our Australia Votes 2022 newsletter here.