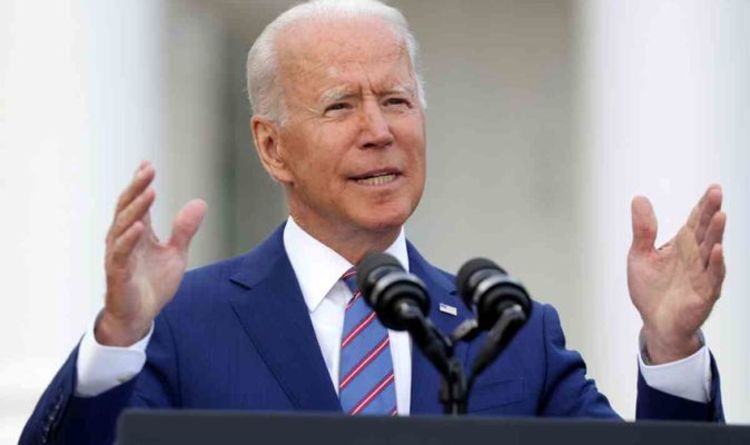 A new ABC/Ipsos poll has found that US president Joe Biden is facing significant scepticism from the American public. The survey results showed that Mr Biden’s job approval rating is currently lagging across a range of major issues. The major approval rating problems he is facing are his handling of crime, gun violence and the economic recovery, including the effects of inflation.

The Biden administration is facing rising and widespread concerns and US citizens are especially negative about how the White House is managing the issue of inflation.

The results showed that over two-thirds of Americans, 69 percent, disapprove of how Mr Biden is handling inflation.

Only 28 percent approved of the US president’s handling of inflation.

More than half of those who participated, 57 percent, disapprove of his handling of the economic recovery.

The sentiment amongst US citizens on how Mr Biden was handling inflation showed a partisan split down party lines.

The majority of US Republicans disapproved of how the administration was dealing with inflation.

Over 94 percent of Republicans reacted with negativity towards how the president was dealing with inflation.

Even within Mr Biden’s own party, there was only a slim majority of Democrats, 54 percent, who approved of his handling of inflation.

In this independent voter demographic, 71 percent of those questioned disapproved of the way Mr Biden was trying to solve the problem of rising inflation.

One positive from the poll from Mr Biden was his handling of the coronavirus pandemic.

The findings show the US president as having a slim majority of approval across the political divide.

Just over 53 percent of Americans approve of Biden’s handling of the pandemic.

However, Mr Biden’s coronavirus approval rating is now numerically at its lowest point in ABC/Ipsos polling since he took office.

All these warning signs combined reveal that he will have a tough battle to maintain majorities in the US House and Senate.