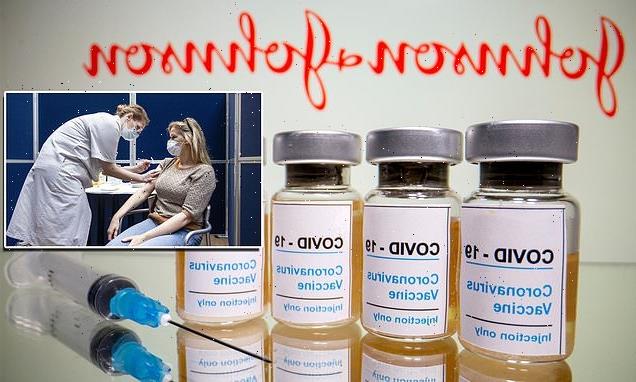 Johnson & Johnson’s one-shot COVID vaccine has been linked to another blood-clotting condition by EU regulators which they warn could be life-threatening.

The European Medicines Agency (EMA) said the new, possibly life-threatening clotting condition known as venous thromboembolism (VTE) will be included on the J&J product label was separate a previously-linked side effect known as thrombocytopenia syndrome (TTS).

VTE typically begins by a clot forming in a vein of a leg, arm or groin, which then travels to the lungs and blocks the blood supply there.

Regardless of any vaccine use, VTE is most commonly caused by injury or lack of movement in bedridden patients.

The EU watchdog said most clots had occurred in the brain and abdomen, as was the case with AstraZeneca’s shot, Vaxzevria, which is also being studied for similar problems.

‘One plausible explanation for the combination of blood clots and low blood platelets is an immune response, leading to a condition similar to one seen sometimes in patients treated with heparin,’ the EMA said. 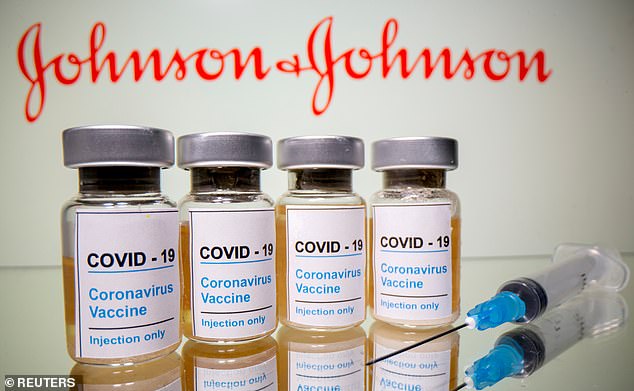 Meanwhile, the EMA also recommended that immune thrombocytopenia (ITP), a bleeding disorder caused by the body mistakenly attacking platelets, be added as an adverse reaction with an unknown frequency to the J&J vaccine product information and to AstraZeneca’s vaccine.

J&J said while the chances of experiencing these conditions were very low, the product information would be updated accordingly as it continues to work closely with authorities including EMA.

‘We strongly support raising awareness of the signs and symptoms of rare events to ensure they can be quickly identified and effectively treated,’ the company said.

Both the J&J and AstraZeneca vaccines have previously been associated with a very rare combination of blood clotting and low platelet counts known as thrombosis with thrombocytopenia syndrome (TTS).

That leads to blood clots and low platelet counts, which cause bleeding issues, with TTS so-far linked to three deaths.

The two products are based on harmless vector viruses that instruct human cells to make a protein that primes the immune system against future coronavirus infections.

Some scientists say the similar design of the AstraZeneca and J&J shots may explain a possible link with clotting.

Both vaccines are based on a technology that uses a modified version of adenoviruses, which cause the common cold, as vectors to ferry instructions to human cells.

The similar side-effects suggest the inactivated adenovirus may be causing the problems, said Jonathan Ball, professor of molecular virology at Britain’s University of Nottingham.

‘It’s important to remember though, that in most people the benefits of these vaccines far outweigh the risks – these are incredibly rare potential side-effects,’ he said.

J&J, which recorded $100 million in COVID-19 vaccine sales, announced on Tuesday that it would resume its roll-out to Europe although vaccine bottles would carry a warning for a potential risk for rare blood clots. 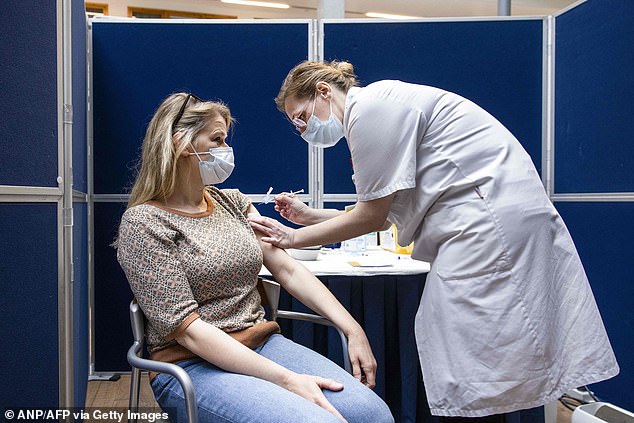 After the delivery of the J&J vaccine was suspended in the EU due to possible side effects, it is now back on. PICTURED: A healthcare worker is vaccinated with the single dose J&J COVID-19 vaccine in the ‘VUmc’ hospital in Amsterdam, The Netherlands

On Friday, an advisory panel to the Centers for Disease Control and Prevention met for a second time to decide whether to recommend lifting a ‘pause’ on the vaccine’s use in the United States, perhaps with a similar warning.

J&J’s vaccine, developed by its Janssen unit, is one of four COVID-19 vaccines authorized for use in Europe along with BioNTech and Pfizer, Moderna and AstraZeneca.

It is also authorized for use in the United States, although AstraZeneca’s shot, developed by British scientists, has yet to receive the official stamp of approval in America.

According to the EU’s website, 767.5million doses have been delivered and 74.6 percent of the EU adult population is fully vaccinated.