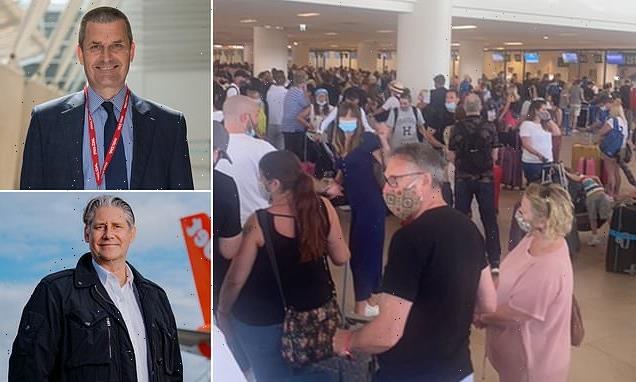 Jet2 has cancelled all international flights and holidays up to July 1 and Easyjet will ‘review’ its flights in the wake of traffic light chaos as Portugal is pulled from the green list.

The UK’s second largest tour operator originally suspended its services up to June 24 when the green list was announced.

But now all flights for this month have been cancelled amid a spate of changes – including moving Portugal, Madeira and the Azores to the amber list.

Flights to Turkey, which is on the red list of the Government’s traffic light system, will be held until July 22 as the restrictions look unlikely to ease. 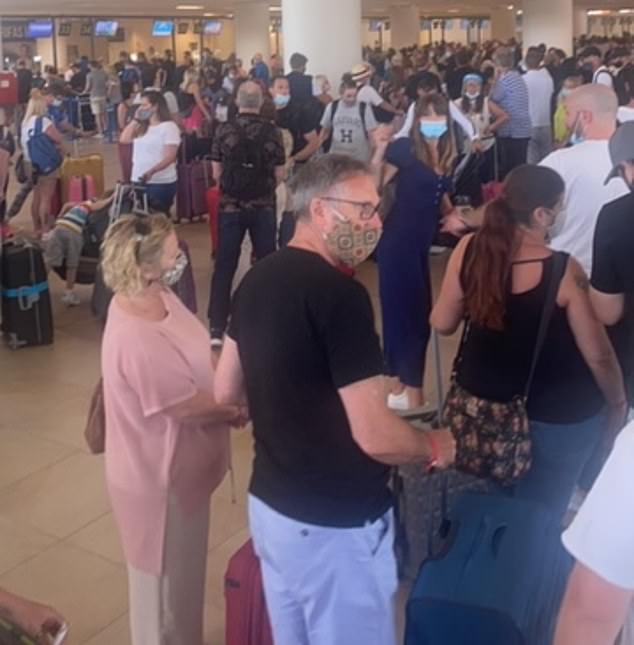 The UK’s second largest tour operator originally suspended its services up to June 24 when the green list was announced. Pictured, holidaymakers are desperately trying to rush back to the UK after the travel list change

He called for ‘openness and transparency’ on coronavirus data so that the industry could better understand decisions affecting airlines and their customers.

Jet2 said in a statement: ‘Following today’s update, we have taken the decision to restart flights and holidays on July 1 2021.

‘For any destinations currently on the Amber List, we are also allowing customers to amend their booking free of charge if they are due to travel between July 1 and July 21 2021.’

Mr Heapy, CEO of Jet2.com and Jet2holidays said: ‘We know how disappointed our customers and independent travel agency partners will be following today’s announcement, and we share their concerns and frustrations.

‘We are now calling for complete openness and transparency when it comes to the data, so that customers and the industry can really understand what is driving these decisions.’ 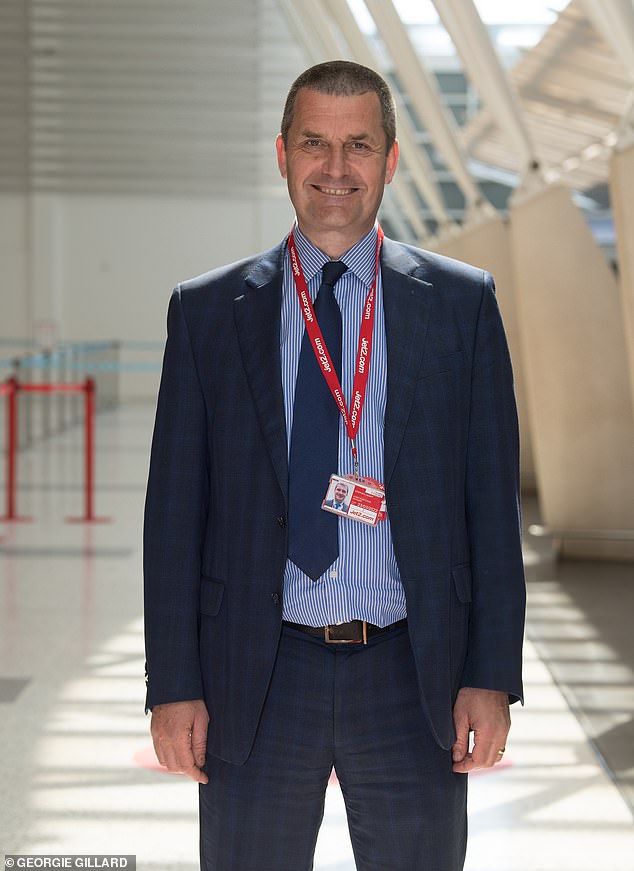 ‘We agree that public health must be the number one priority. However, despite all the evidence and data showing that travel can restart safely and at scale, the UK continues to remain largely grounded whilst the rest of Europe opens up.’

Jet2 said customers affected by changes to the programme would have their bookings automatically cancelled and would be given a full refund.

Meanwhile, budget airline EasyJet said it is reviewing flights to Portugal after the country was taken off the green list for travel.

A spokesman said: ‘As a result of the Government’s sudden announcement placing Portugal on the amber list from next week, we are currently reviewing our flying programme to the country in the coming days.

‘If customers want to change their plans, we offer the option to transfer their flights to another date or destination on EasyJet’s network without a change fee up to two hours before departure.

‘Any customers whose flights are cancelled will be provided with their options which include receiving a full refund or transferring to an alternative flight free of charge.’ 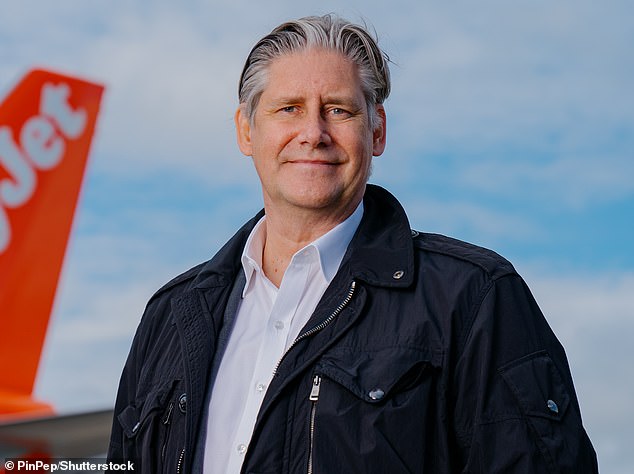 EasyJet CEO Johan Lundgren. The airline said it is reviewing flights to Portugal after the country was taken off the green list for travel

It comes after travel industry chiefs last night blasted the Government’s ‘crippling’ decision to axe Portugal from its green list of safe destinations amid growing concern over the Nepal coronavirus variant.

Transport Secretary Grant Shapps announced the Mediterranean country, whose economy relies greatly on UK tourists, is being moved to the amber list from 4am Tuesday following a rise in positive tests.

But the move triggered fury from travel industry chiefs, including the chief executives of Heathrow and EasyJet, who accused the Government of trying to ‘isolate’ Britain from the world and warned that another ‘lost summer’ could lead to a jobs bloodbath and billions more being wiped from the economy.

Figures compiled for the Mail by the all-party Future of Aviation group of MPs last night projected that the cost to the economy could be as much as £11.5billion in outbound travel alone if the current restrictions remain through the next three months. Meanwhile, fears were raised for the 1.6million jobs the aviation, travel and tourism sector creates.

Yesterday’s developments wiped more than £2billion off the value of UK-listed travel and airline firms on the London stock exchange. British Airways owner IAG, EasyJet, Ryanair, TUI, Wizz Air and engine maker Rolls-Royce all suffered heavy falls as news spread that no countries would be added to the green list..

Just one case of the Nepal variant, which combines mutations from the Indian and South African strains, has been detected in Portugal. By comparison, at least 43 cases have been identified in the UK so far.

The Airport Operators Association called on ministers to provide a bailout to save jobs if it blocks another holiday season, as it warned this summer could be ‘worse than last summer, which was the worst in aviation history’.

The move triggered a furious diplomatic row, with Portugal’s president accusing UK ministers of ‘health fundamentalism’ and of being ‘obsessed’ with infection rates.

It also sparked a race among thousands of British holidaymakers in Portugal to get back before quarantine-on-return rules kick in on Tuesday, when the country is formally placed on the amber list.

Those booked to go to Portugal in coming weeks were left in limbo over whether to go ahead with their holiday under the tougher quarantine rules or to rebook for later in the summer and hope the country goes green again.

Know your rights! What should you do if your holiday is cancelled because of red list changes?

If you’re travelling with Jet2…

Jet2 Holidays will automatically process a refund to holidaymakers whose trips were cancelled because of Government restrictions.

Anyone expecting to travel with the travel firm before July 1 can expect to receive the money they paid for the holiday back.

All holidays have been cancelled to July 1 – apart from holidays to and from Jersey which will restart on June 24.

A spokesman for the company explained issuing refunds is an automatic process and customers do not need to get in touch.

For any destinations currently on the Amber List, the firm is allowing customers to change their booking for free if they are due to travel between July 1 and July 21.

The spokesman added: ‘Where customers are affected by any programme changes, we will automatically cancel their booking with a full refund, and our team of travel experts will be in touch to help them to rebook their summer getaway.’

The firm has already processed £1.8billion-worth of refunds to customers amid a turbulent time for holidays abroad because of coronavirus.

A note on its website reads: ‘Your holiday will be automatically cancelled and we’ll process your full refund within 14 days if: Your holiday is cancelled by us because of COVID-19. UK Government advice changes and it becomes illegal for you to go on a holiday abroad.’