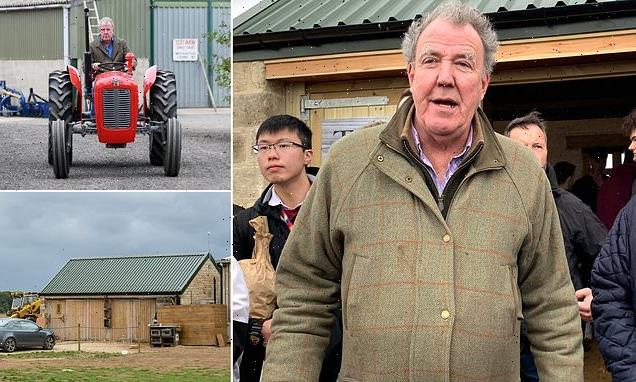 Top Shear! Jeremy Clarkson is named Farming Champion of the Year by farmer’s union for his Amazon show

Jeremy Clarkson’s TV move from motorways to manure has earned him a prestigious award.

The 61-year-old delighted fans with his show Clarkson’s Farm, documenting his adventures as he jumped head first into running his own farm, called Diddly Squat Farm, spanning over 1,000 acres in Chipping Norton in the Cotswolds.

And it seems not only his fans were delighted by his show after the National Farmers’ Union (NFU) awarded him Farming Champion of the Year 2021.

The NFU said his show showcases the harsh realities of farming to millions of new viewers who enjoy his ‘enthusiasm coming through in spades’, his no-nonsense approach and views on farming.

Clarkson has been outspoken on several farming related issues and has backed the NFU’s call for UK food self-sufficiency to not slip below 60 per cent. 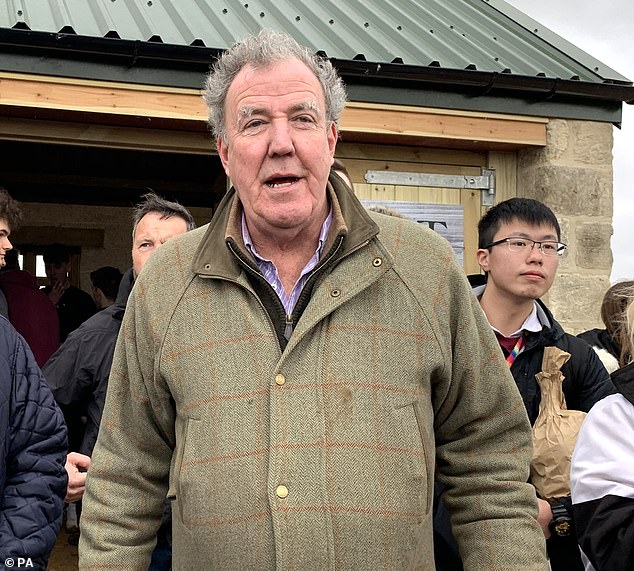 He even goes one step further, calling for the country to aim for an 80 per cent target.

‘When it comes to recognising someone who has done their best to showcase British food and farming over the past 12 months, no-one has earned this award more than Jeremy Clarkson,’ NFU President Minette Batters said.

‘His show has really resonated with the public, brought alive the ups and downs of our industry to a huge new audience, and transported British farming into the living rooms of families across the country.

‘It’s been such a challenging time for British farming over the past 12 months; as key workers our farmers have kept shelves stocked with British food and dealt with extreme weather events. 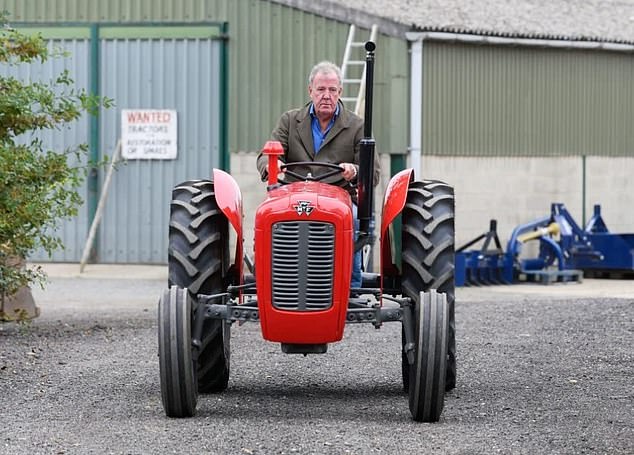 The 61-year-old delighted fans with his show Clarkson’s Farm, documenting his adventures as he jumped head first into running his own farm, called the Diddly Squat Farm

‘Through all of this, Jeremy Clarkson has been a vocal champion for the British farming industry. His enthusiasm comes through in spades and his overwhelming and continued support for the NFU’s Back British Farming campaign makes him a very deserving winner of this prestigious award.’

Clarkson, who now runs the farm with fan favourite Kaleb Cooper, bought the farm in 2008.

It was initially run by a farmer living in the village but when he retired in 2019, the former Top Gear presenter decided to try his hand at running it himself.

The hit show on Amazon Prime has received positive reviews, even from the UK Government.

Speaking at the Conservative Party conference, Environment Secretary George Eustice said: ‘I think that Jeremy Clarkson’s programme has done a huge amount to raise the profile of agriculture and some of the challenges it faces. 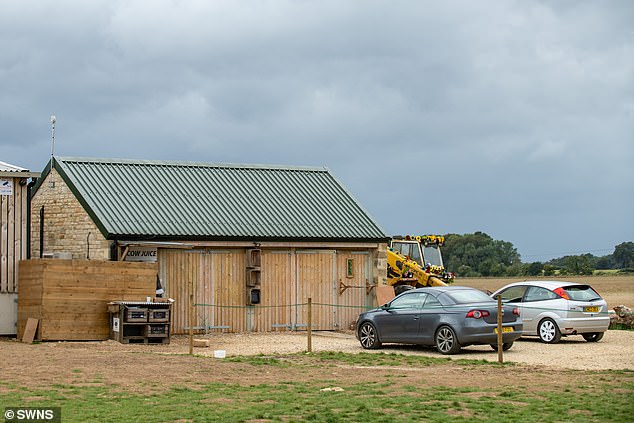 The 61-year-old opened a shop on the site of his farm, called the Diddly Squat Shop

It is sort of a Top Gear-meets-Countryfile type of programme I think.’

‘We do recognise that at the moment there is some financial dependence on those old-style area subsidies,’ he said.

‘The reason we are getting rid of those area subsidies is land is a fixed supply, there is no lack of demand for it.

‘It really doesn’t make sense to be subsidising land occupation on land tenure. So it is right that we move away from that but the heart of your question is we need to make this change gradual, so we are going to make incremental changes over seven years.’ 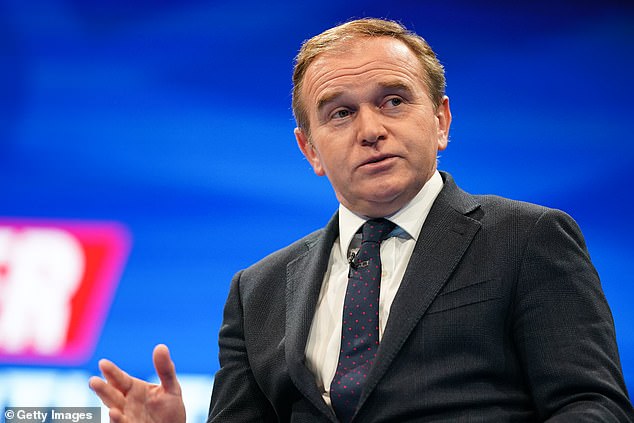 The Government also plans to replace land-based funding with subsidies which will go towards supporting nature and biodiversity.

In his show, one episode showed Clarkson attempting to increase the biodiversity on his farm and fixing the soil.

Clarkson has previously spoken out about Brexit, calling it a ‘challenge’ for the farming industry.