The fighting between Israel and Hamas is showing few signs of slowing down following another night of bombardments.

More strikes on Gaza have been reported this morning with plumes of smoke rising from suspected Israeli missile strikes.

The Israel Defence Force (IDF) and the country’s air force said they had attacked 65 Hamas targets in the Gaza Strip overnight, using 62 fighter jets and 110 weapons.

After more than a week of violence, the Israeli military has said Hamas and other Palestinian groups have fired about 3,350 rockets from Gaza in total, including 200 on Monday alone.

Sirens were heard in southern Israel in the early hours of Tuesday morning, with the IDF reporting 90 launches from Gaza into Israeli territory. 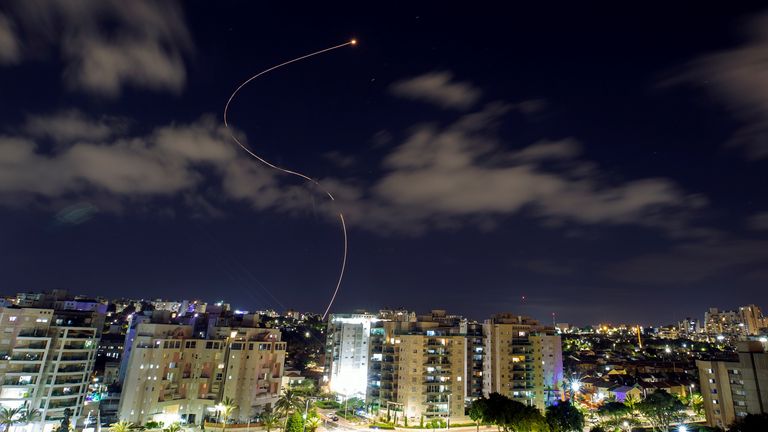 But Gaza has been the hardest hit by shelling, with at least 212 Palestinians killed since the latest spate of violence broke out, according to the Gaza Health Ministry.

Those killed include 61 children and 36 women.

Heavy airstrikes were unleashed on Gaza the day before, which the Israeli military claimed had destroyed the homes of nine Hamas commanders.

Ten people have been killed in Israel, including a five-year-old boy and a soldier, after the Hamas militant group directed rocket attacks toward civilian areas. Six shells were also fired from Lebanon towards northern Israel late on Monday but fell short of crossing the border, the Israeli military said.

A Lebanese security source said efforts were being made to identify the source of the fire, adding that about 22 shells were fired by Israeli artillery on Lebanese territory.

In the past, small Palestinian factions in Lebanon have fired sporadically at Israel. 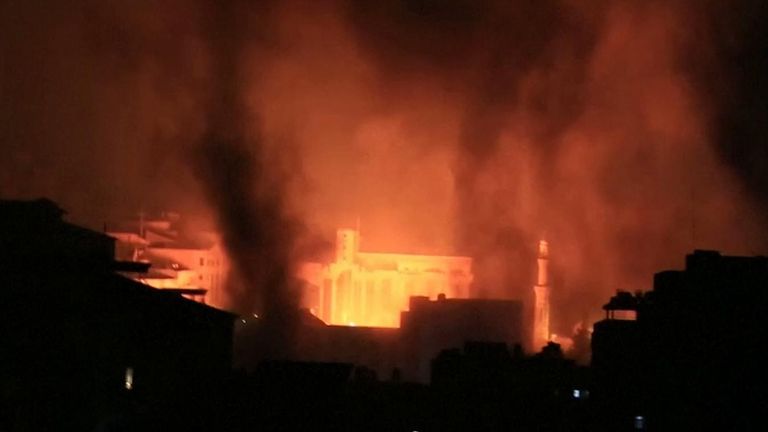 World leaders have called for an end to the violence, with US President Joe Biden expressing support for a ceasefire during a call with Israeli Prime Minister Benjamin Netanyahu.

In their second phone conversation in three days, Mr Biden stopped short of demanding an immediate stop to the airstrikes.

An administration official familiar with the call said this decision was intentional because the White House wants to back Israel’s right to defend itself from Hamas.

However, Mr Biden had “encouraged Israel to make every effort to ensure the protection of innocent civilians”, according to a transcript of the call.

The latest violence between the two sides broke out on 10 May when Hamas fired into Jerusalem following weeks of clashes between Palestinian protesters and Israeli police.

The protests had focused on the threatened eviction of dozens of Palestinian families by Jewish settlers and heavy-handed policing during Ramadan.