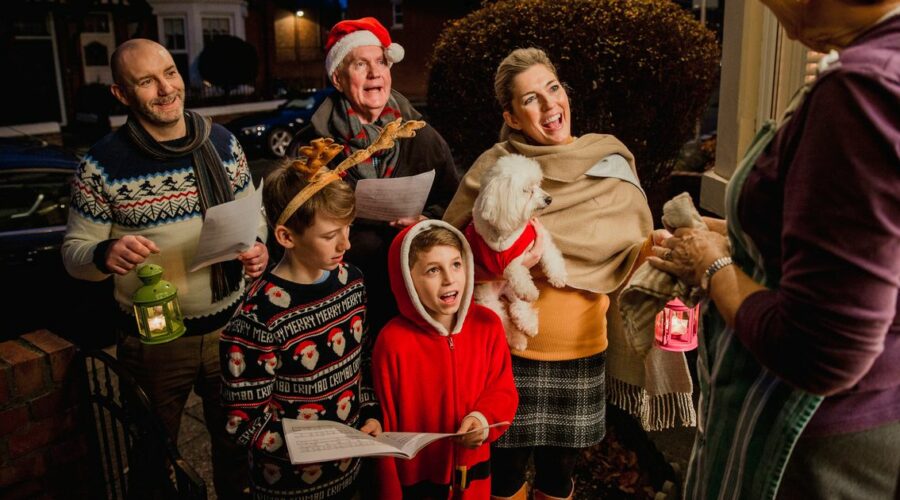 When it comes to Christmas carols, it turns out the younger generation aren’t singing from the same hymn sheet!

While fewer than a quarter are able to hum the tune to O Come All Ye Faithful.

But according to the same survey, most agreed traditional carols are an important part of the festive season.

Christmas carols first popped up during the 18th Century, and Silent Night got its first airing in 1818. The story goes that Austrian Catholic priest Joseph Mohr set about turning his poem Stille Nacht into a carol when mice damaged his church organ and he had no other way to entertain parishioners.

The Christmas carol service took off in 1880 when Bishop of Truro Edward White Benson – fed up with the locals getting smashed on Christmas Eve – decided he wanted to lure people from the pub into church. Previously carols had been sung in the boozer as folk songs.

Silent Night inspired a truce on Christmas Eve 1914 during World War One. British troops heard the Germans singing Stille Nacht. They responded by singing the English lyrics. Eventually, the troops emerged from the trenches to meet and play football.

Carols have evolved over the years with Hark The Herald Angels Sing starting off as, “Hark how all the welkins rings” when penned by Charles Wesley, co-founder of Methodism. Preacher George Whitefield tweaked it to what we know now. Welsey wasn’t happy as the angels who appear to the shepherd say their news, don’t sing it.

O Come, O Come Emmanuel was originally written in Latin, then translated in 1851 by priest and scholar John Mason Neale. He also wrote Good King Wenceslas – making him one of history’s most festive clergymen.

But the Good King Wenceslas in the title wasn’t actually a king or called Wenceslas. The carol was based on Vaclav, the Duke of Bohemia from the 10th Century. His mum had her mother-in-law strangled, so he had her exiled and spent his time helping the poor.

French wine salesman Placide Cappeau was asked by his local parish priest to write a festive poem in 1847 to celebrate the church organ’s renovation. He came up with O Holy Night.

In The Bleak Midwinter was a creation of the English poet Christina Rossetti, while the children’s poet Cecil Frances Alexander – who also came up with the hymn All Things Bright And Beautiful – wrote Once In Royal David’s City.

And O Little Town Of Bethlehem was written by Rector Phillips Brooks, who went on a pilgrimage to the Holy Land and was inspired by the view of Jesus’ birthplace when he glimpsed it from the hills above.

It’s not just Silent Night leaving Brits scratching their heads. Polls have found we think it’s “Deck the halls with bras of holly” rather than “boughs of holly”.

Some also think it’s “good tidings we bring, to you and your king” rather than “kin” in We Wish You A Merry Christmas.

While some people think Joy To The World’s “And make the nations prove”, should be sung as “prudes”.