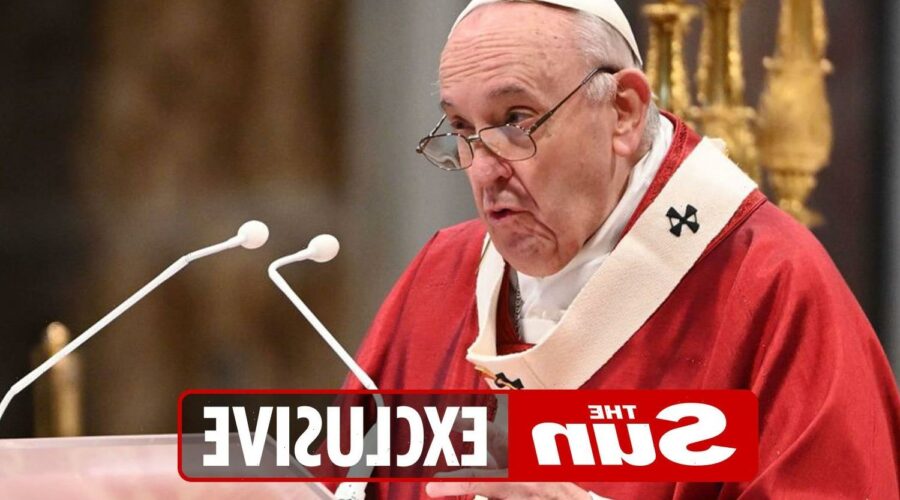 THE Pope's expulsion of "satanic" Mafia members from the Catholic Church after decades of bloodshed which left thousands dead is a hammerblow to mobsters, a top expert has revealed.

The Vatican announced it had set up a speical “working group” dedicated to the“excommunications of mafia members” as a Sicilian judge gunned down by the mob was beatified – the last stage before sainthood. 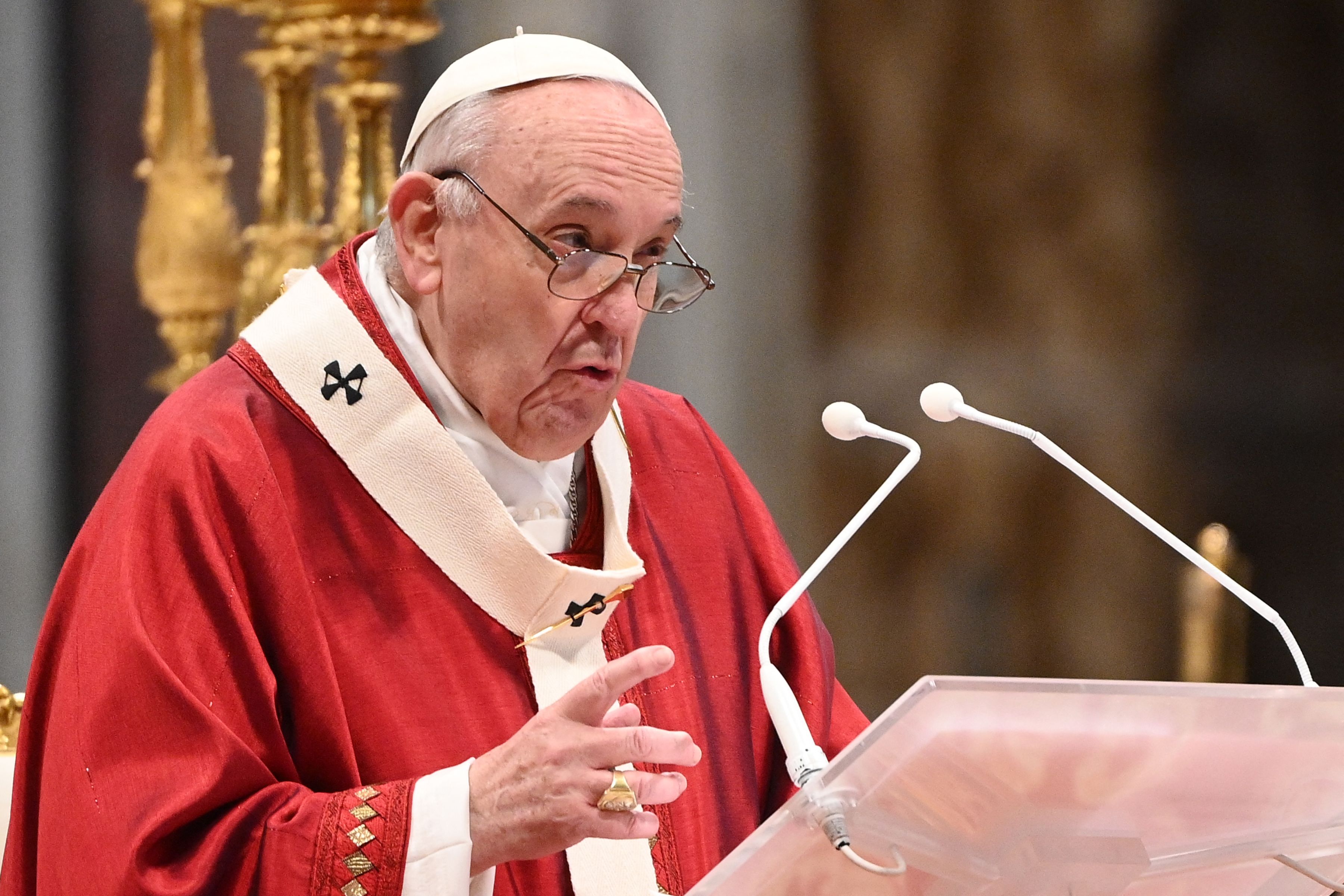 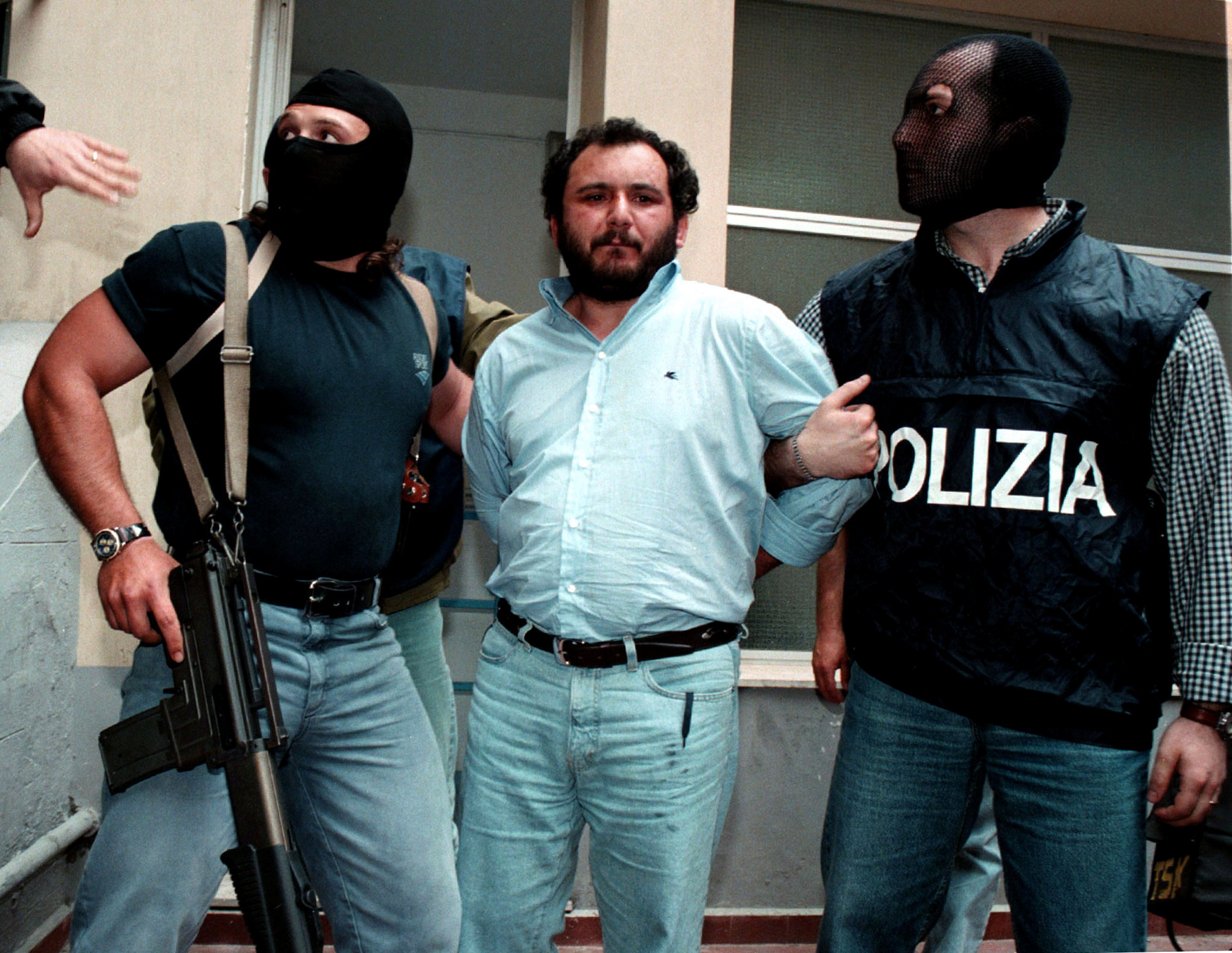 The powerful committee will be headed by a fearless lawyer – Giuseppe Pignatone -who has overseen the arrests and trials of hundreds of Mafiosi since the murderous days of the 1980s.

He has worked all across southern Italy chasing Cosa Nostra- the Scilian Mafia – in Sicily and the ‘Ndrangheta gangsters in Calabria.

However, one of the world's leading Mafia experts has told The Sun Online the new crackdown on organised crime by the church comes after "decades of silence" and "catastrophic" negligence.

Professor John Dickie – author of the book Cosa Nostra – said in the past the Catholic Church has too often turned a blind eye to the activities of the Mafia and at one stage even saw it as a kind of "ally".

And it comes as a notorious mob boss known as "The People Slayer" is now a free man after cutting a deal with with prosecutors in Sicily.

Giovanni Brusca, 64, also nicknamed “The Swine”, claimed he has killed 150 people – yet his turn to an informant earned him his release in the latest mob shock to rock Italy.

He is even alleged to strangled an 11-year-old and dissolved him in acid.

The Professor of Modern Italian at University College London exclusively told The Sun Online: "The Catholic Church has a guilty conscious about the mafia.

The Mafia loves to pretend that it is all about family and tradition and that fits well with elements of the Catholic Church's viewpoint.

"The Church is a complicated beast. You are moving from local priests deeply rooted in their community, who might well have relatives who are Mafiosi, right up to the Pope.

"The Church's focus since the end of the Second World War has been the Cold War. So anybody was seen as a valid ally as long as they were against the communists.

"So if a Mafiosi could sit in the front row of a church on a Sunday, donate money or walk beside the priest during the local saint's day procession then they looked like the kind of anti-communist, family-based ally the church could get on with.

"The Mafia loves to pretend that it is all about family and tradition and that fits well with elements of the Catholic Church's viewpoint. 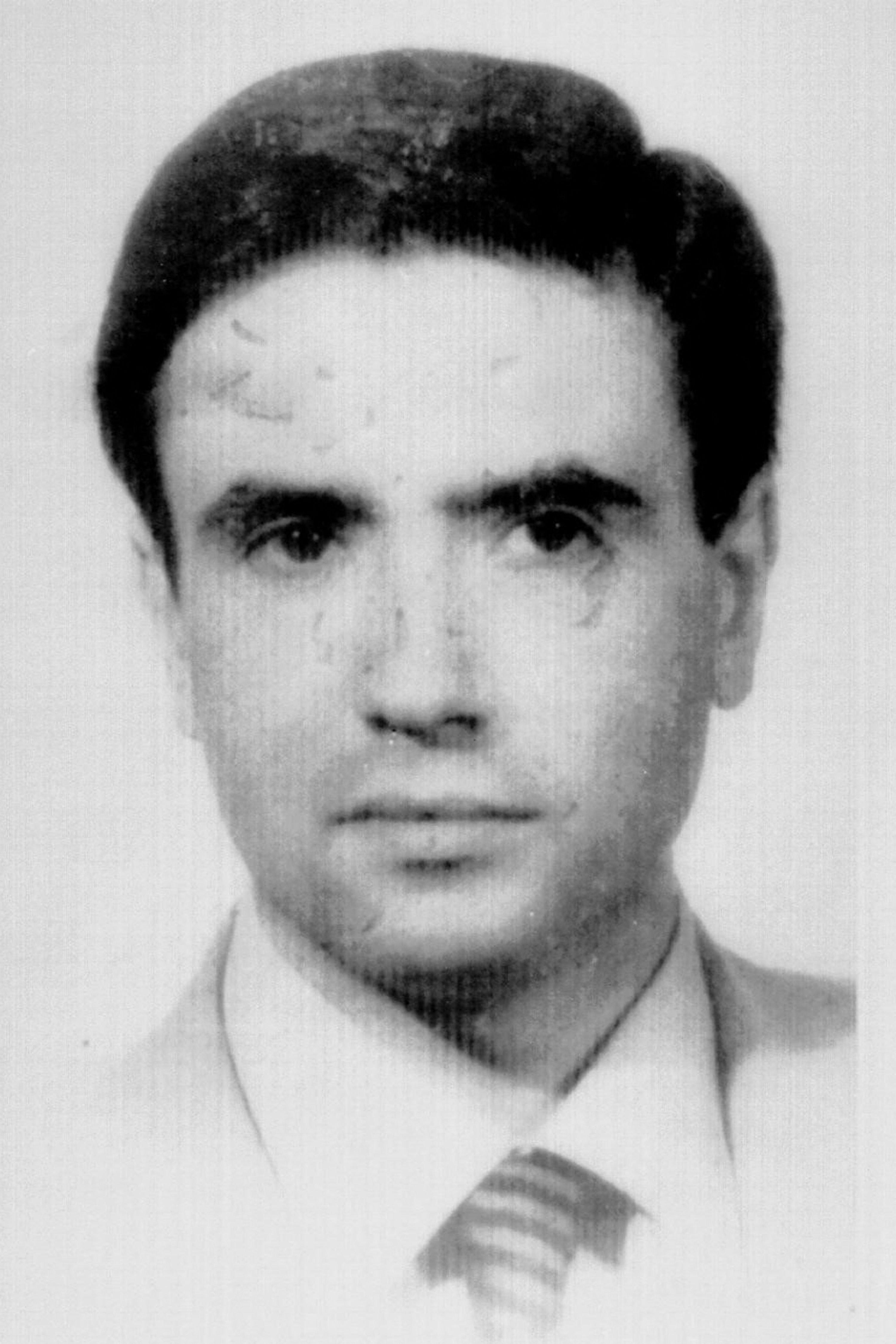 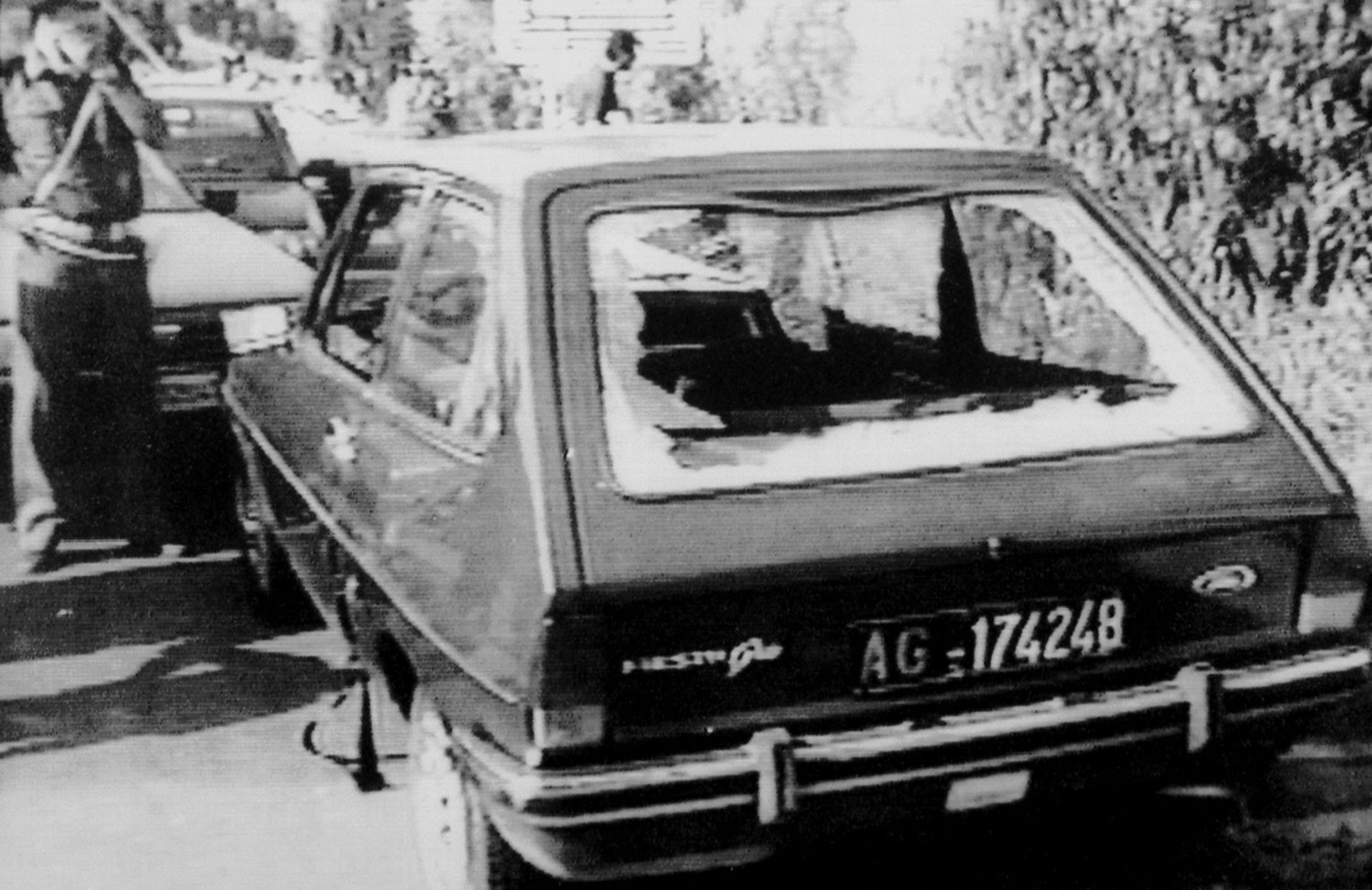 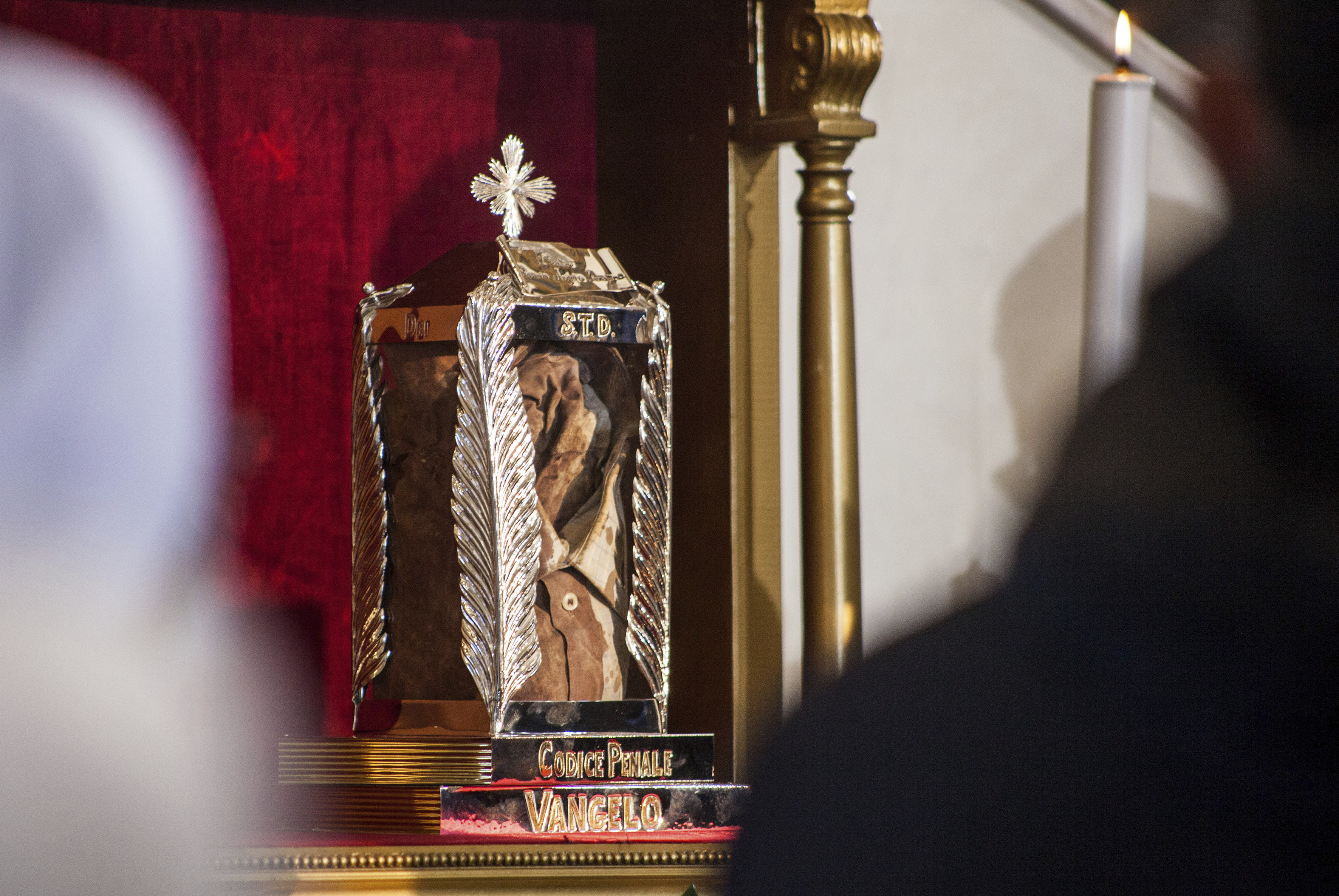 "There has also been a tendency to treat Mafiosi as sinners like everybody else and if they go to confession the church was left asking 'who are we to judge?'. That led to it catastrophically underestimating how insidious the Mafia is."

However, Prof Dickie said "things changed dramatically" in the 1980s when Sicily was rocked by an explosion in Mafia violence which left thousands dead.

"The Sicilian Mafia grew enormously wealthy on the North American heroin trade and there was a massive uptick in violence particularly towards representatives of the state," he said.

"Police, magistrates, judges, honest journalists, honest politicians who stood in the way of the Mafia were murdered.

"That gave the Church pause for thought but it was really only the end of the Cold War and the demise of the communist party.. that allowed the church to say maybe we need to look at the Mafia.

"It is no coincidence that it was only in 1993 that Pope John Paul II became the first pope ever to mention the word Mafia…ever to denounce the Mafia. And the Mafia by that stage is a century and a half old."

The then leader of the Catholic Church spoke on a trip to Sicily where he met the family of the murdered Rosario Livatino, the judge who has just been beatified by the Vatican.

Livatino – a devout Catholic who prayed in church each day before going to work – had prosecuted a number of cases involving corruption at the local port and fake public contracts. 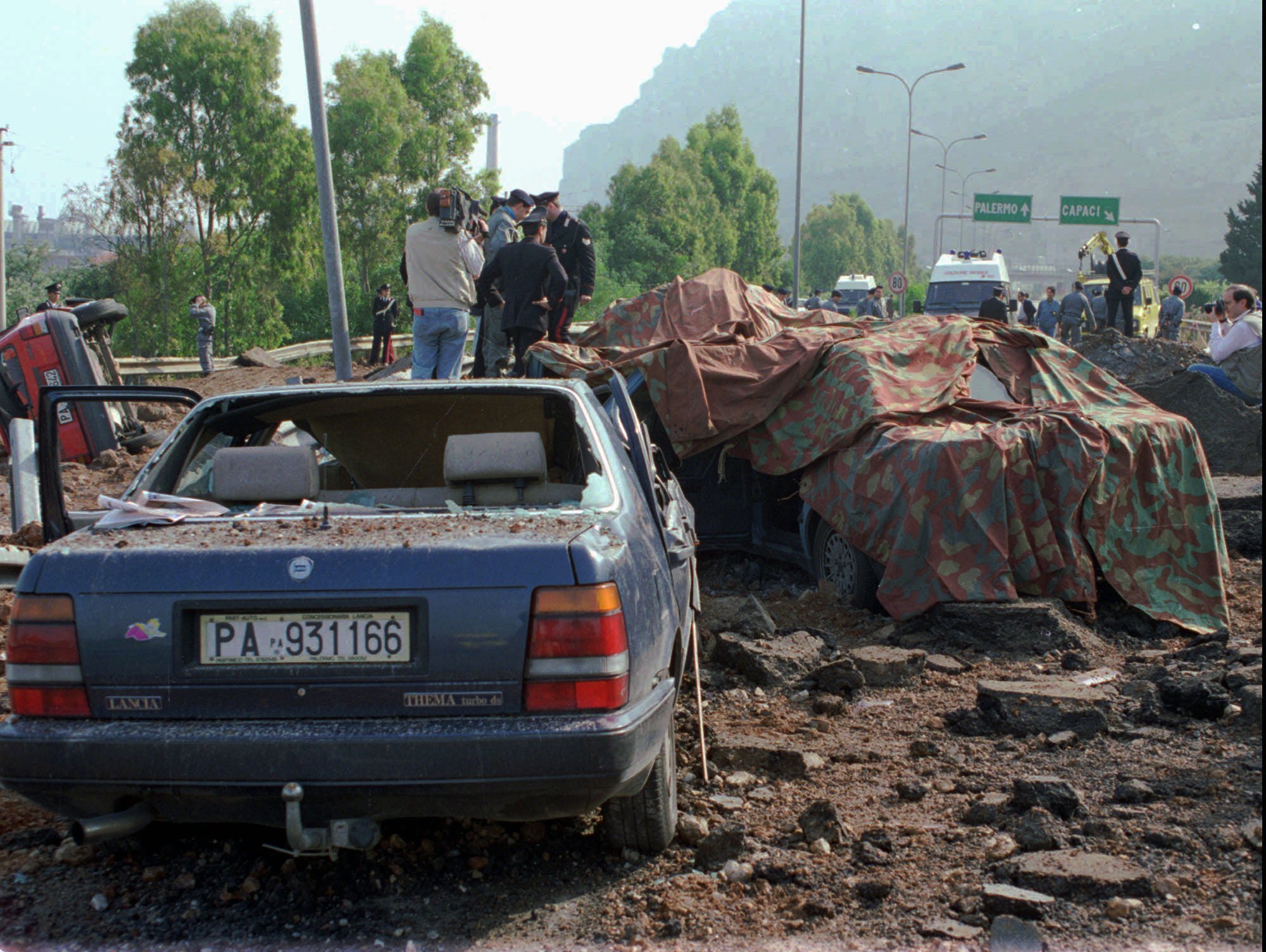 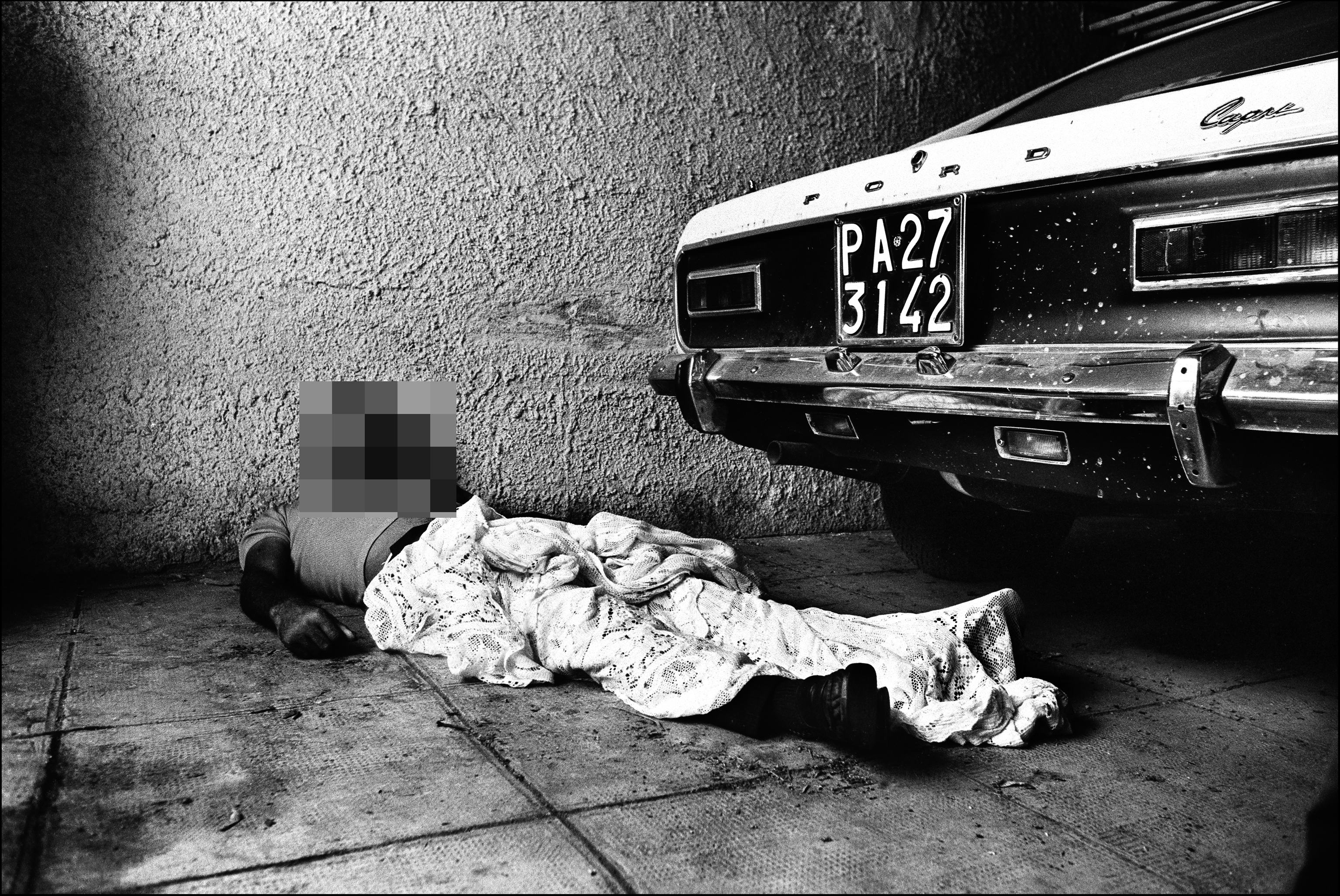 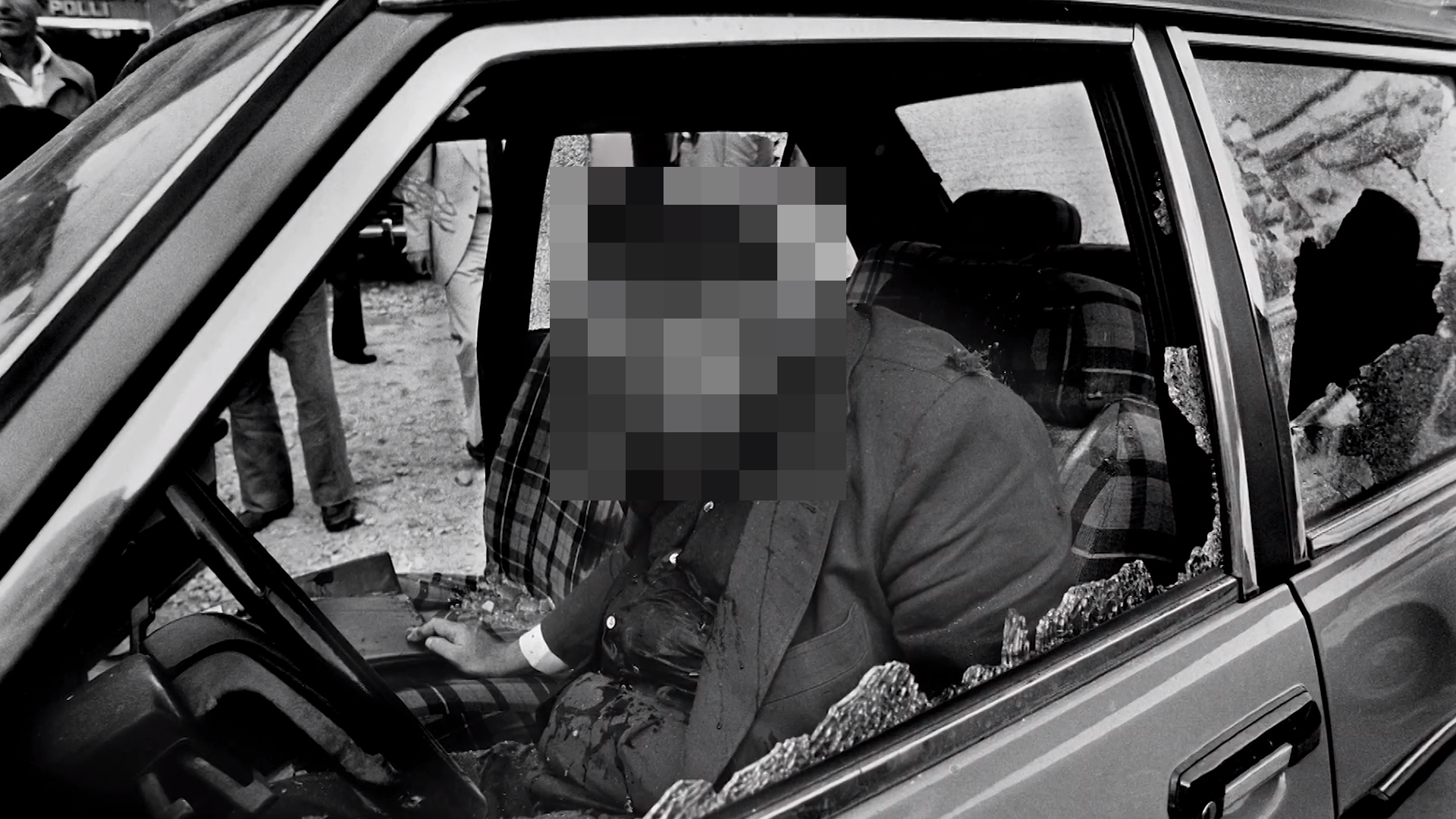 On 21 September 1990, a hit squad from the mafia splinter group Stidda fired into his Ford Fiesta as he drove to court.

He had earlier refused police protection, and his body was later found in a roadside ditch a few miles from his home.

Livatino's blood-stained shirt was put on display as a relic in the cathedral in Agrigento during last week's beatification ceremony.

"In his service to the community as an upstanding judge, who never allowed himself to become corrupt, he strived to judge not to condemn but to rehabilitate," Pope Francis said.

"May his example be for everyone, especially for judges, an incentive to be loyal defenders of lawfulness and freedom."

Livatino was just one of legions of officials slaughtered after taking a stand against organised crime groups in Sicily during the so-called Second Mafia War or The Mattanza (The Slaughter).

The conflict involved the entire Mafia and radically altered the power balance within the powerful criminal organisation.

In addition to clashes within the Mafia itself, there was violence against the state, including a campaign of deliberate assassinations of outspoken public figures.

In turn, the war resulted in a major crackdown against the Mafia, helped by the pentiti, Mafiosi who collaborated with the authorities after losing so many friends and relatives to the fighting.

Prof Dickie said the fact that the Church has decided to beatify those who put their lives on the line to stand up to the Mafia is an incredibly important step. 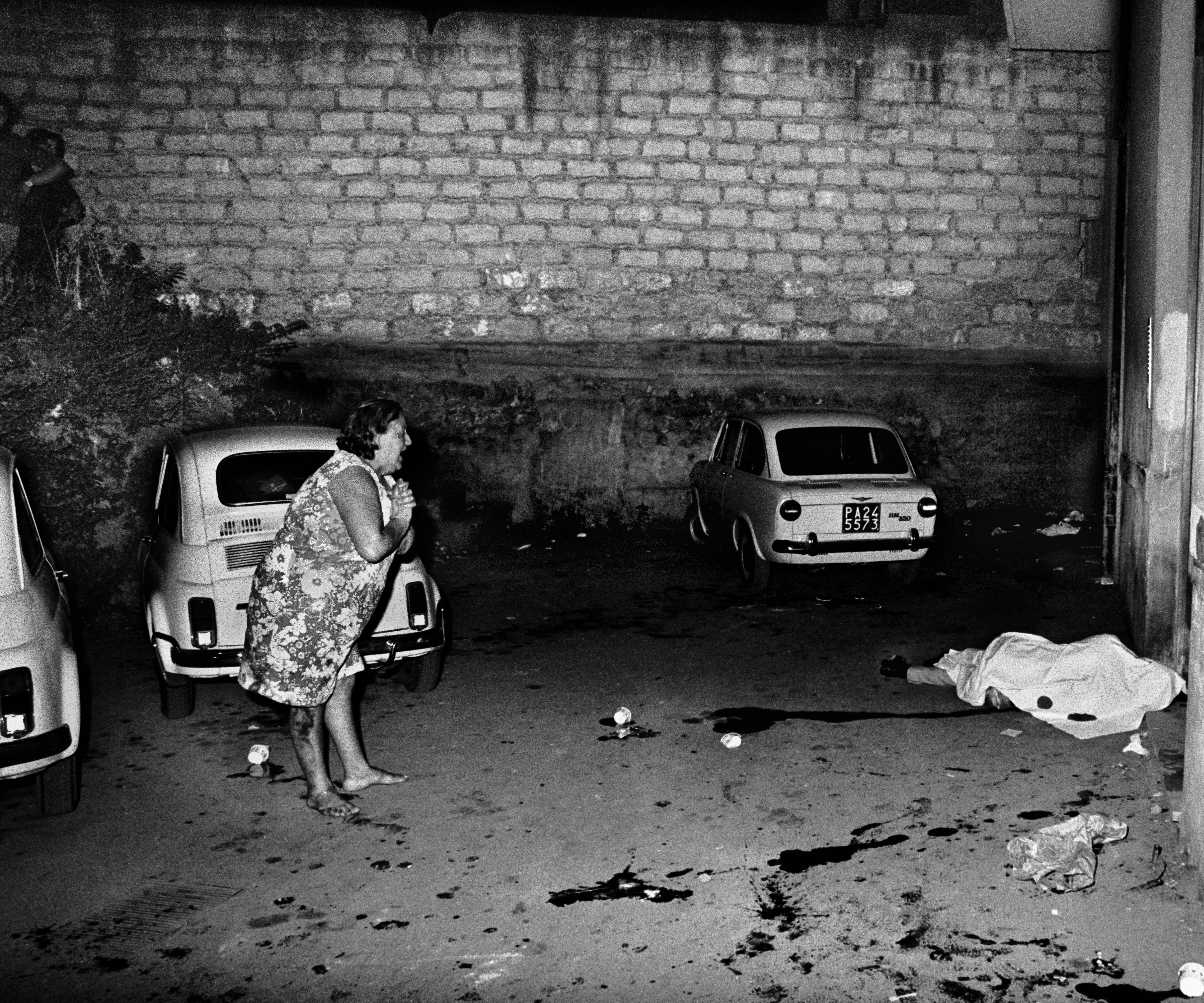 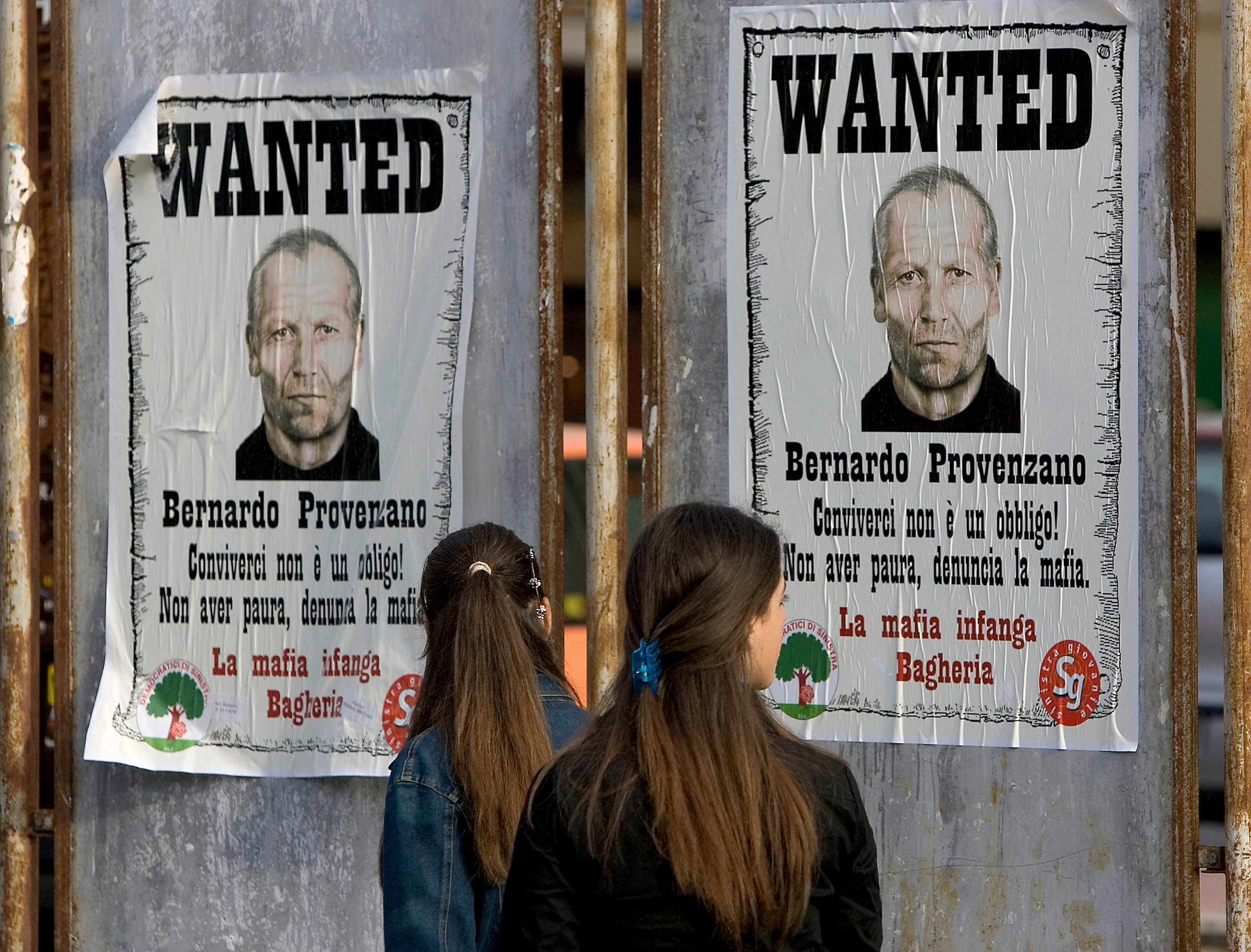 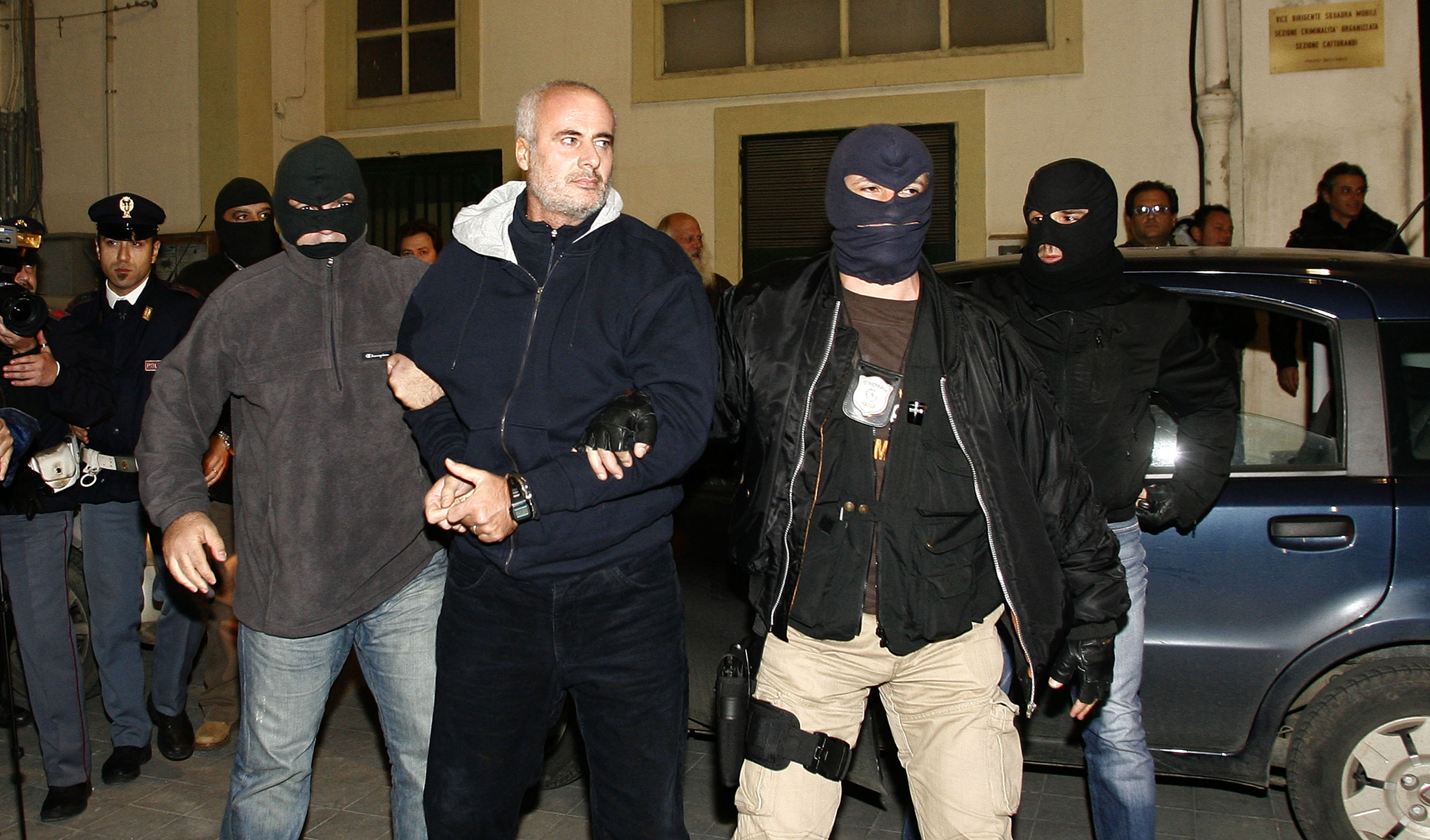 He said: "It means if you are a martyr in that way, then your enemy was evil. Your enemy was working on behalf of Satan. So the Church has now admitted that the Mafia is Satanic.

"That marks a big change. Italian public opinion has changed a lot over the years. You no longer get anybody pretending that the Mafia doesn't exist."

And the academic and author said the Vatican's plans to excommunicate Mafiosi will hit hardened killers hard.

He said: "I know from prison chaplains that I have spoken to that after the excommunication announced by Pope Francis… Mafiosi in prison were asking 'what does this mean? Can I still go to Mass?

"It is very, very rare to get a non religious Mafia member. Religion acts as a cultural glue for the Mafia.

"It gives them a a way of seeming legitimate in the eyes of the public and it gives them the sense they are acting in the name of a higher power. It allows them to think they are administering justice not violence.

"I have been in many bunkers that have been used by Mafiosi to hide out in while on the run from the law and they always have images of saints and the Virgin Mary in them."

Prof Dickie revealed it was not unheard of for local priests to secretly visit these boltholes to celebrate Mass with ruthless on-the-run killers and robbers.

"It's very hard for the priests at a local level..they have to be in contact with Mafiosi everyday," he said. 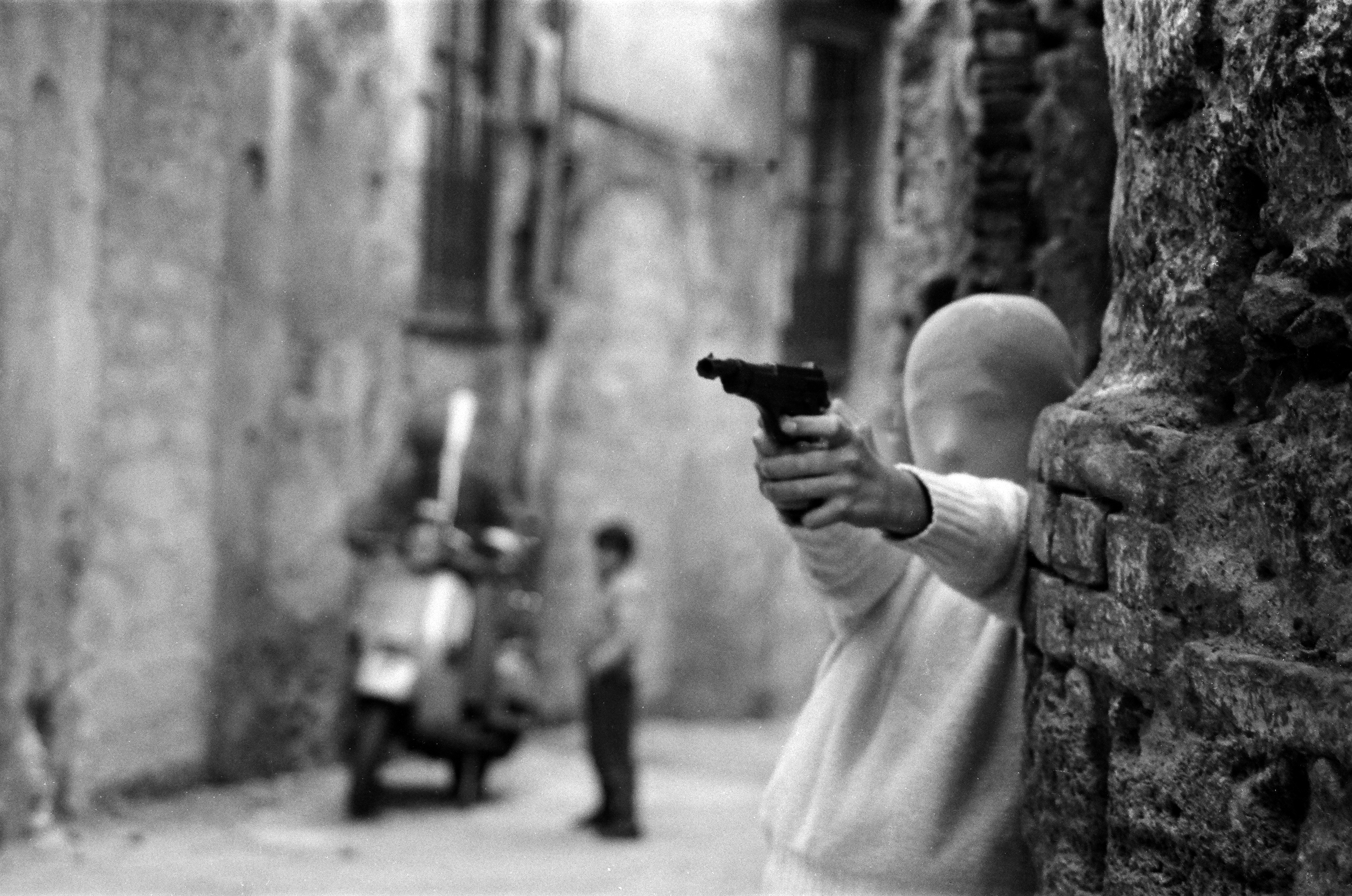 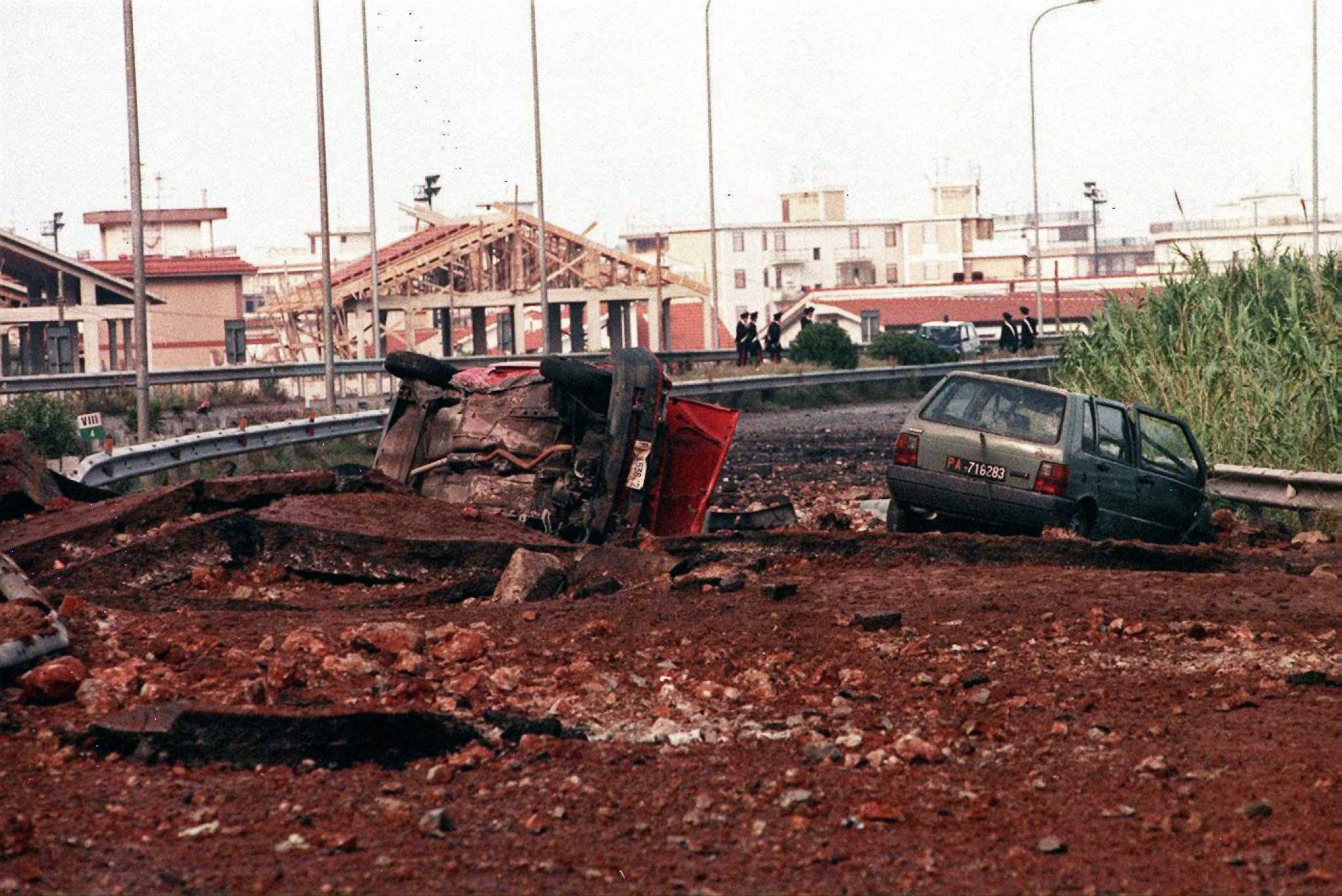 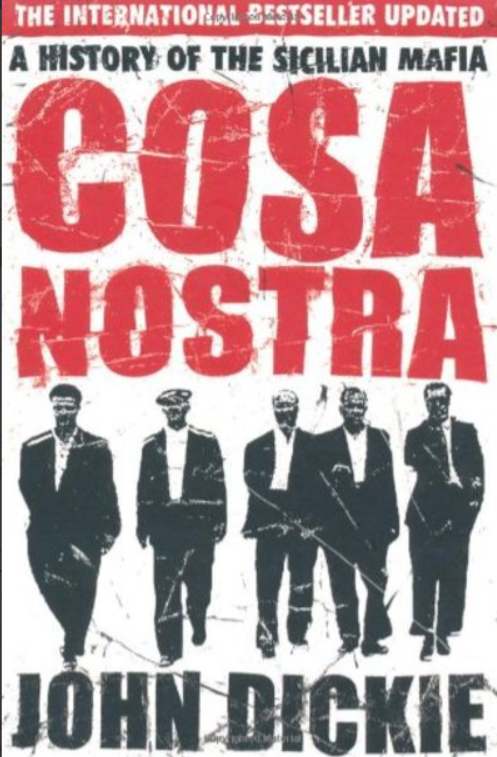 "Some of the priests that have stood up to the Mafia have faced threats, bullets and bombs placed outside their homes. I am friends with a particular priest who has had to face up to all of that.

"The hierarchy from the Pope down are increasingly speaking with one voice on this and that certainly wasn't the case in the past."

Prof Dickie said like the Church rituals are very important to the Cosa Nostra.

He said: "The Mafia's rituals all use religious imagery to give a sense of scardeness to belonging to the Mafia.

"The legendary anti-mafia campaigner Giovanni Falcone once said joining the Mafia was like becoming a priest…there is no way back."

What is the Mafia and what is its code of silence? 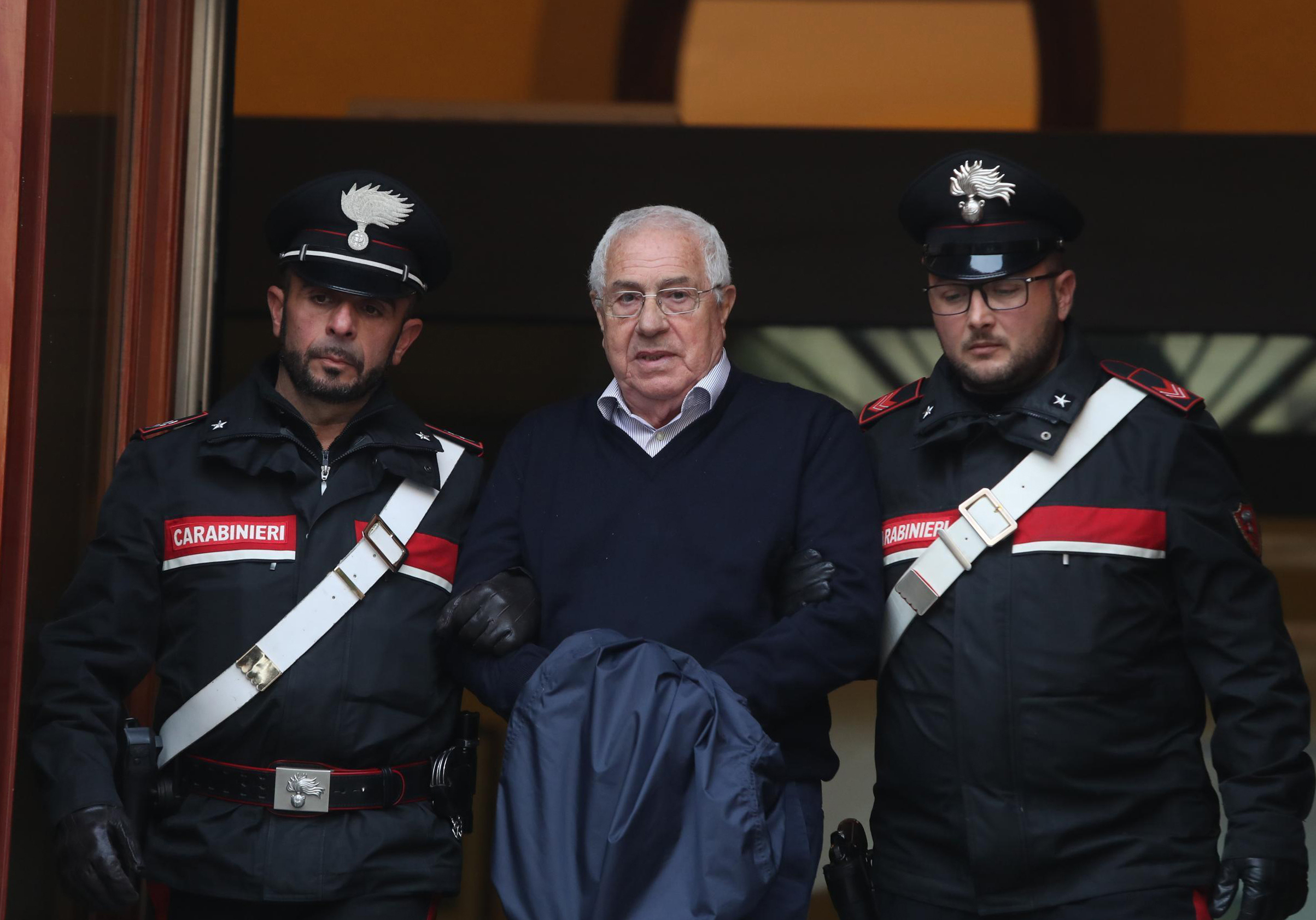 The Mafia is a structured society of criminals of primarily Italian or Sicilian birth or extraction.

The term applies to the traditional criminal organisation in Sicily and also the one in the United States.

The Sicilian Mafia is frequently referred to as La Cosa Nostra by its members.

They call themselves "men of honour", although the public often refers to them as Mafiosi.

In the late 19th and early 20th centuries, many Mafiosi emigrated to the US and formed new criminal organisations.

By the early 1930s the organised Italian criminals in the US had seized control of various illegal activities from rival Irish, Jewish, and other gangs.

Investigations conducted by US government later revealed the structure of the American Mafia was similar to that of the Sicilian outfits.

From the 1950s, Mafia operations were conducted by some 24 groups, or “families,” throughout the country.

In most cities where syndicated crime operated, there was one family, but in New York City there were five: Gambino, Genovese, Lucchese, Colombo, and Bonanno.

The heads of the most powerful families made up a commission whose main function was judicial.

At the head of each family was a “boss,” or “don,” whose authority could be challenged only by the commission.

Each don had an underboss,and a consigliere, or counsellor, who had considerable power and influence.

By the late 20th century the Mafia’s role in US organised crime seemed to be diminishing.

While in Sicily a crackdown by the authorities led to the arrest of many Mafia figures including the suspected boss of bosses Settimo Mineo (pictured above).

Omerta is the code of silence and secrecy that forbids mafiosi from betraying their comrades to the authorities.

The penalty for transgression is death, and relatives of the turncoat may also be murdered

Falcone was later killed alongside his wife and three bodyguards when his car was bombed after his death was ordered by a council of top bosses.

The huge motorway explosion was so powerful it registered on local earthquake monitors.

Another big link between the Cosa Nostra and the Vatican is their finances, according to Prof Dickie.

He told the Sun Online: "There were twonotorious financial figures in the 80s. Michele Sindona who ending up poisoning himself in prison, and Roberto Calvi who ending up hanging underneath Blackfriars Bridge.

"These were known as God's Bankers. One of the pies they had their fingers in was Vatican finance.

"It's thought a lot of Mafia money flowed through some of the church's poorly supervised financial institutions.

"One of the big tasks Pope Francis has faced is cleaning up Vatican finances – which has been treated a bit like an offshore bank in the middle of Italy."