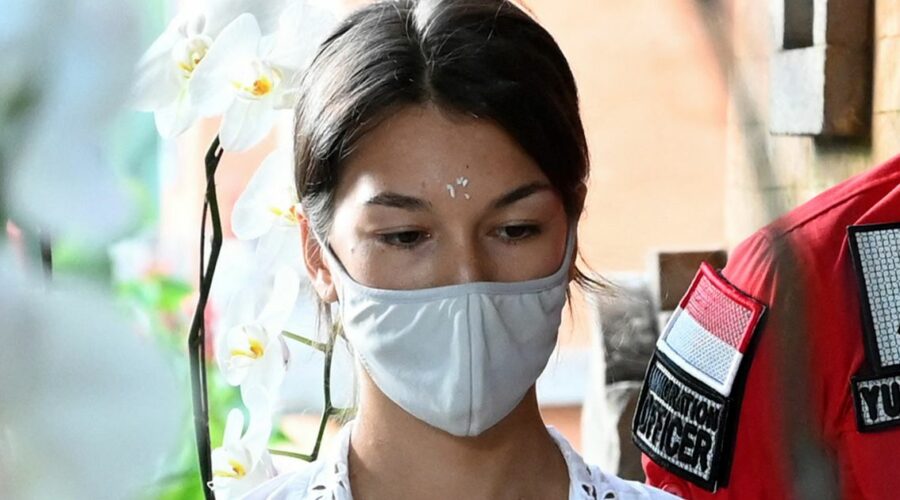 A Russian yoga influencer has been deported and banned from Bali after posing naked under a sacred tree.

Instagram star Alina Fazleeva shared nude images herself at the site of Kayu putih, a 700-year-old weeping paperbark tree, pushing her boobs against the bark as she looks over her shoulder.

Balinese entrepreneur Niluh Djelantik saw the racy snaps and reported her to local police who have since deported Alina and banned her from returning to the island for six months.

After hearing the public outcry she sparked with the photoshoot, the influencer deleted the pictures from Instagram and issued an apology video on Wednesday, May 4.

Alina, known as Alina Yoga, filmed herself fully clothed and praying at the base of the sacred tree, saying: "I apologise to all Balinese and Indonesian people, I regret my actions."

She went on: "I'm so embarrassed, I didn't mean to offend you in any way, absolutely no knowledge of this place.

"I just prayed under a tree and went straight to the police station to explain this incident and apologise."

Both Ms Fazleeva and her husband Andrey Fazleeva have since been booted out of the Indonesian paradise by the authorities and banned from coming back for six months.

In a press conference and subsequent statement, Bali immigration chief, Jamaruli Manihuruk said: “They have carried out activities that endangered public order and were disrespectful to the local norms, so they are sanctioned with deportation.

“Their names will be included in an entry ban list.”

On Sunday (May 8), Fazleeva told her followers that she and her husband were back in Moscow.

She wrote in Russian and Indonesian: “Now we are already in Moscow, I am coming to my senses and when I am ready, I will tell you what really happened.

“We are grateful for all the words of support that we received from the people of Bali and the island for everything that He gave us.”

The tree is located at Babakan Temple in the regency of Tabanan and is considered sacred to locals, which is why the images sparked outrage online.