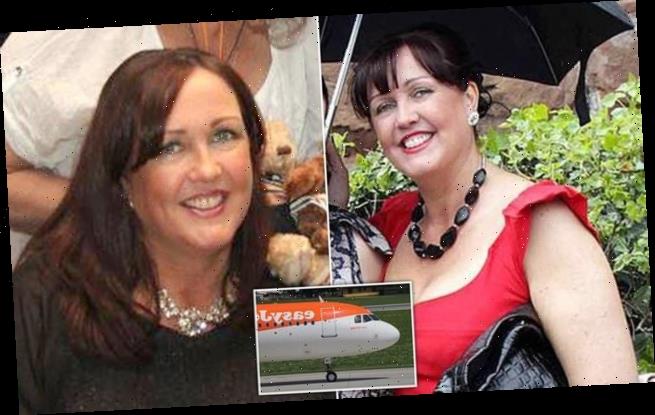 Lisa Spriggs, 45, was found dead at her boyfriend’s home following a night out. But police too readily accepted that there was no foul play, a coroner was told

A police probe into the sudden death of an air hostess was ‘at best incompetent’, an inquest has heard.

Lisa Spriggs, 45, was found dead at her boyfriend’s home following a night out.

But police too readily accepted that there was no foul play, a coroner was told.

The inquest has been halted after Miss Spriggs’ family’s solicitor said relatives did not believe her partner Mark Ashley’s version of events and suggested something ‘criminal’ had taken place.

The case was adjourned for two weeks to allow the family to make submissions before ruling on her death.

The couple, who met online around a year earlier, had been drinking and were pictured on CCTV arguing at the bar of the nearby White Bear pub earlier in the evening.

Mr Ashley, 43, told the inquest in Ruthin, North Wales, last Friday that he heard a noise and found Miss Spriggs lying at the foot of the stairs soon after they returned home.

He dialled 999 shortly after midnight and his brother tried to resuscitate the cabin crew worker, who was so respected by bosses at easyJet that they named a plane after her following her death.

She was taken to the Countess of Chester Hospital but could not be saved.

A post-mortem examination revealed Miss Spriggs suffered a fractured skull. She was also more than two-and-a-half times the drink-drive limit and she had taken prescription antidepressants.

Pathologist Dr Mared Owen-Casey told the inquest that the antidepressants and alcohol could have made Mrs Spriggs dizzy and drowsy.

But the court also heard that blood found on door handles at Mr Ashley’s property and on paper towels inside his bin was not examined by crime scene investigators.

Emma Roberts, an investigator with North Wales Police, said she had been briefed, on the basis of Mr Ashley’s 999 call, that the death was non-suspicious.

John Hughes, representing Miss Spriggs’ family, asked: ‘Do you not think the conclusion of a non-suspicious death was taken too early?’

Miss Roberts replied: ‘That is how it was reported and on that basis I attended.’

The blood was later sent for examination and it was identified as Mr Ashley’s.

Forensic scientist Margaret Boyce said the only scenario she had been asked to consider by the police was Mr Ashley’s explanation that he had cut himself while opening a bottle of prosecco. But she said ‘there could be other explanations’.

Mr Hughes suggested to Mr Ashley that he was angry with Miss Spriggs, who lived in Liverpool, because she wanted another drink at the pub but he wanted to go home. 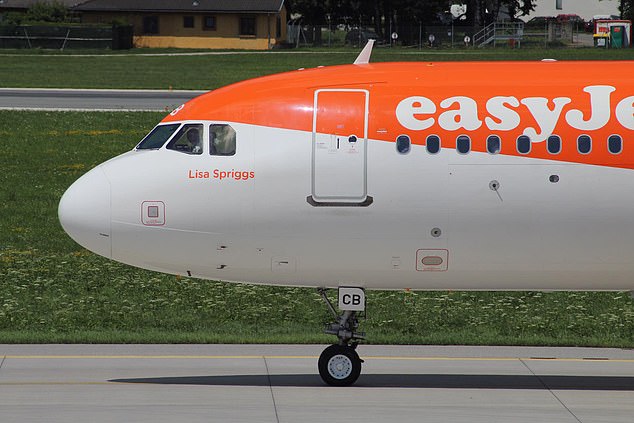 CCTV footage from the pub showed the pair apparently arguing and Mr Ashley leaving 19 seconds ahead of his girlfriend. He agreed he had wanted to go but said: ‘I wasn’t dragging her out or shouting.’

Detective Sergeant Victoria Matthias, who led the investigation, said the footage showed Miss Spriggs was drunk and there was no reason to consider it a suspicious death.

But Mr Hughes said the only people initially interviewed by officers were Mr Ashley, his brother and their mother, who were all in the house at the time.

‘The only people interviewed were the possible perpetrators,’ he said.

And Detective Sergeant Matthias said she had not checked whether Mr Ashley had a criminal record. 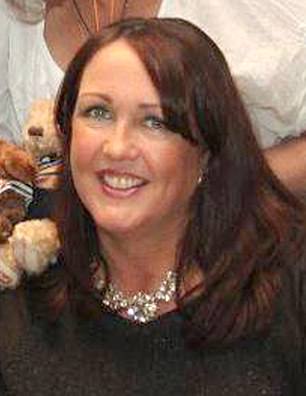 A post-mortem examination revealed Miss Spriggs (above) suffered a fractured skull. She was also more than two-and-a-half times the drink-drive limit and she had taken prescription antidepressants

Suzann Sergeant, a colleague of Miss Spriggs, said that ten days before her death, Mr Ashley had accused her friend of being too possessive.

Her aunt, Gail Spriggs, said her niece could ‘hold her drink’ and added: ‘We don’t believe Mr Ashley’s version of events of that evening.’

John Gittins, coroner for North Wales, asked Mr Hughes: ‘Are you suggesting that there is some criminality in this?’ And Mr Hughes replied: ‘Yes, the family is suggesting it… they do not believe a word Mr Ashley has said and that the police investigation is at best incompetent.’

After Miss Spriggs’ death, £4,000 was raised by her friends and colleagues, who described her as a ‘treasured member of the easyJet family’.