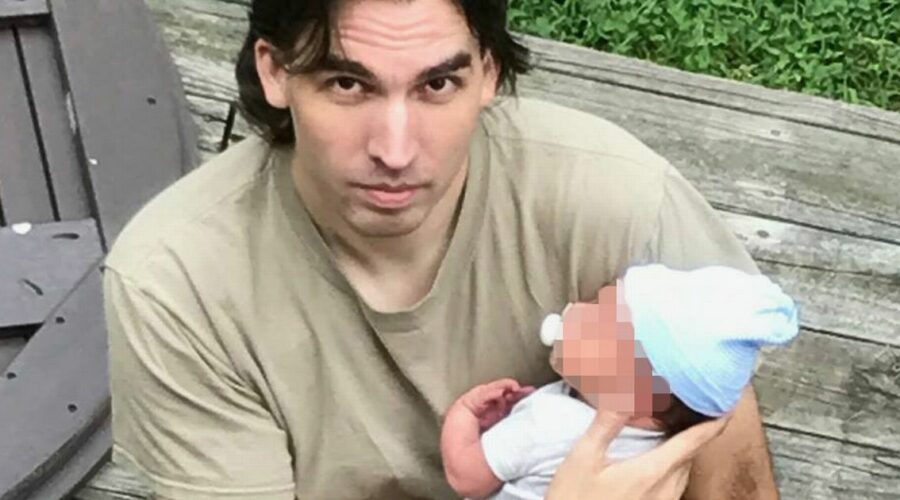 A dad who reunited with his long lost daughter before leaving his wife for her and having a baby was caught when his jilted partner read a diary entry from another daughter exposing him.

Steven Pladl of Wake County, North Carolina started a twisted relationship with his biological daughter Katie after she tracked him and his then wife down after being given up for adoption in 1998.

Pladl was married with two children and invited Katie to come and live with his family.

Before long, wife Alyssa moved out and then discovered he had got Katie pregnant as the pair planned to marry.

Alyssa said she felt like she was "going to throw up" when she read her 11-year-old daughter's diary, which outed the twisted relationship.

After she and Steven had separated, he called her to say their youngest had been misbehaving, prompting Alyssa to check her diary.

In it, the girl had written: “Katie is pregnant. Dad says they feel like couples. Did they get a little too drunk that night? My dad is a s***.

"He'll go to hell but he won't be the one getting tortured, he'll be the one torturing people."

The girl added: "Wait one second if he's Satan and Katie is a human then the baby will be half-demon."

After Alyssa discovered the affair, she told police and both were arrested and as part of their bail conditions were forced to live apart.

In April 2018, Pladl went on a murderous rampage, beginning with killing his seven-month-old son Bennett, whom he had with Katie.

Pladl was due in court later that month on incest charges.

After murdering the baby in Knightdale, North Carolina, he drove to New Milford, Connecticut where he shot dead Katie and her adoptive dad Anthony Fusco, 56.

Police later found Pladl dead inside a car in an apparent suicide just over the state line in Dover, New York, it was reported.

It is thought that Katie had just broken up with Pladl before he carried out the murder-suicides, which the police were made aware of after receiving a call from Pladl's mother.

According to CBS17, she told 911: "His wife broke up with him yesterday over the phone.

"She's in New York and he told me he was on his way to her and then he was coming back.

"He left the baby dead. He told me to call police and that I shouldn't go over there.”