When COVID-19 emerged, health professionals knew almost nothing about how it spread, what it did to people or how to treat it.

The virus was new to humans. The two coronavirus outbreaks that preceded it, MERS and SARS, had vanished before experts had a chance to learn much about them. 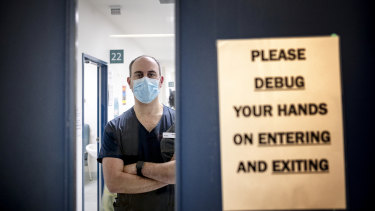 Fighting an unknown enemy, scientists were forced to rely on knowledge from other disease outbreaks, and doctors had to take guesses at what treatments might work based on sketchy evidence.

Yet Australia has managed to come through with some of the world's best survival rates. One reason: the nation has mostly avoided many of the non-evidence-based treatments used in other countries.

"I think we got the care right," said Jason Trubiano, head of the COVID-19 unit at Austin Health. "I really do."

Now experts think: In certain circumstances, the virus can spread in indoor air. There is debate about surfaces. Masks work.

The advice from the federal government has stayed the same throughout the pandemic: the biggest risk of catching COVID-19 comes from close contact with another person or touching an infected surface.

But nine months in, there remains no conclusive proof the virus can spread on surfaces. The World Health Organisation is unaware of a single confirmed case. Some critics think the risks are overstated.

Some scientists now believe the virus is contained in tiny droplets spread when people speak loudly, which can travel through an entire room and hang in the air for hours. The Australian government does not think it is a major risk. But there are now hundreds of cases around the world "which are really difficult to explain unless you invoke aerosols," said Associate Professor Euan Tovey, a respiratory virus researcher at the University of Sydney. 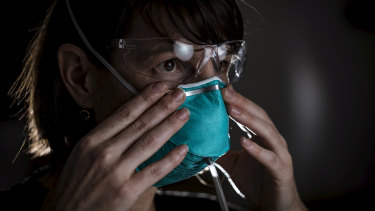 Anaesthetist Michelle Horne gets fitted for a mask by the Australian Society of AnaesthetistsCredit:Chris Hopkins

As fears of airborne spread have grown, so have calls for mask wearing. And masks are now mandatory in large parts of the world.

But back in February, the World Health Organisation was warning people not to wear them. The evidence experts had suggested they could actually increase your risk of falling sick.

Some argued the virus could survive on the moist surface of the mask, and when you took it off you could contaminate your hands.

"We did not have any good evidence of masks for the public," said Professor Mary-Louise McLaws, a University of NSW epidemiologist and COVID adviser to the WHO.

"At that stage, there were really poorly-designed and executed studies in the community of cloth masks, that were not of a level you could say were at all safe."

But it remains unclear how useful they actually are; a study that has not yet been peer reviewed of 41 European countries found masks had a very small effect.

Now experts think: COVID-19 can effect multiple organs and that it may have long-term health effects.

When doctors first started scanning patients' lungs, they discovered severe COVID-19's signature: a ghostly white mist over the lungs they began to call "ground glass". It's an indication the lungs have started to fill with fluid and inflammation, which can eventually make it impossible to breathe. 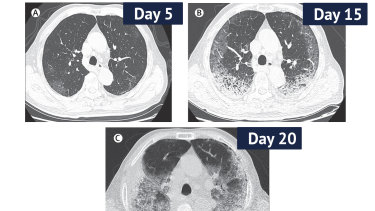 CT scans from a 77-year-old man with COVID-19 in China over 10 days, showing ground-glass opacity of the lungs and lesions. The man died 10 days after the final scan.Credit:The Lancet medical journal

The lungs remain ground zero in the virus' attack on the body. But doctors have since learnt it can reach many organs, including the heart, blood vessels, kidneys and brain.

"What we're starting to see now, in small numbers, are other complications. Clots in the lungs and practices such as super infection on top of the COVID," said Professor Trubiano.

Unusually, the virus can cause clots to form in the blood. These can penetrate the lungs, or even find their way into the brain, causing a stroke.

Some severe COVID-19 patients suffer kidney damage. Others have signs of a damaged heart. And there are also signs of long-term harm, with some studies suggesting recovered patients – even those who suffered a mild bout of the disease – having signs of heart damage.

Then there is the strange phenomenon of "long COVID": the small number of people who never seem to recover from the disease, struggling with fatigue and breathlessness for months. It will be years before the true long-term effects are known.

In February experts thought: Health experts do not know how to treat the virus, but doctors have lots of interesting ideas.

Now experts think: Most of those interesting ideas did not work. Getting the basics right does.

At the start of the pandemic, there was no good evidence on which drugs could treat the virus. Medical authorities had to make their best guesses, and so they turned to anything with even a hint of science behind it. 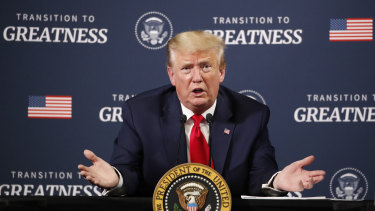 “A pill every day”: US President Donald Trump said he was taking hydroxychloroquine.Credit:AP

But results in a lab are often not replicated in humans. "There are a lot of things that can destroy the virus in a Petri dish – like kerosene," said Henry Woo, a professor of surgery at the University of Sydney.

There is now conclusive evidence hydroxychloroquine does not work. "It looks like, at least in the sicker patients, it may increase mortality," said Professor Paul Glasziou, director of Bond University's Institute for Evidence-Based Healthcare. The jury is still out on ivermectin.

Antiviral drug Remdesivir became Australia’s first approved COVID-19 medication in July after promising trials in humans. But a huge new trial by the World Health Organisation, released in October, did not find any mortality benefits.

That leaves only one drug class that has clear supporting evidence: corticosteroids. These anti-inflammatory drugs significantly reduce the chances of death.

Luckily, most of these novel treatments were not widely used in Australia, said Dr Anthony Holley, president of the Australian and New Zealand Intensive Care Society. "We were always very, very cautious."

Rather than using wonder drugs, Australian doctors learnt the importance of getting the basics right: watching hydration levels, lying patients on their front and using ventilators at the right time.

Get our Coronavirus Update newsletter for the day’s crucial developments at a glance, the numbers you need to know and what our readers are saying. Sign up to The Sydney Morning Herald’s newsletter here and The Age’s here.

04/11/2020 World News Comments Off on In February, experts thought masks were unsafe. Here’s what they’ve learnt about COVID-19
Markets