For years now, brave souls on the political left have been critical of the tendency of their own to intolerantly dismiss those who do not conform to a purist progressive world view. Central to these concerns is the divisive, baleful influence of "identity politics".

As left-wing English thinker Jonathan Rutherford writes: "The generation of 1968 created political movements around sexuality and gender and took up the issue of race, but [modern] liberalism has turned identity politics into a competitive struggle of one group identity over another. In place of solidarities, there is a kind of Hobbesian war of all against all and a narcissistic preoccupation with the self [over the collective good]." 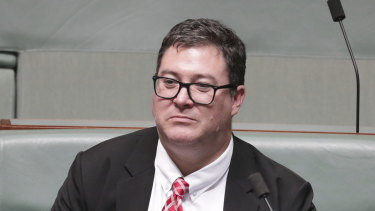 In 2019, eminent left-wing historian Sheri Berman also issued a warning against identity politics in the context of Trumpism: "The short-term goal must be winning elections, and this means not helping Trump rile up his base … This will require avoiding the type of 'identity politics' that stresses differences and creates a sense of 'zero-sum' competition between groups, and instead emphasising common values and interests." Enter Joe Biden's unifying presidential campaign and a Democratic victory in 2020.

Identity politics is especially a problem for centre-left parties of government such as Australian Labor. Senior party figures have repeatedly warned it has a problem with people of faith and its traditional, often small "c" conservative working-class base. This creates an insurmountable roadblock to building a coalition to form a federal government.

Yet we cannot ignore the shocking hypocrisy on the political right. Throughout the 20th century it made identity politics an electoral artform. Witness the anti-Catholic sectarianism deployed by the largely Protestant non-Labor parties from the 1900s to the 1950s. It spiked during World War I. Australians of Irish-Catholic background who opposed conscription in line with majority labour movement opinion – and who signed up to the war effort in equal numbers to their fellow citizens – were accused of disloyalty to King and country. Pro-conscriptionists alleged they were obedient to Rome or in league with the Irish Home Rule members behind the failed 1916 Easter rising.

While the sectarian divide faded from

the 1960s, the siren song of ID politics lingered. It was central to the divide and conquer appeal of Pauline Hanson, the disendorsed yet successful Liberal candidate at the 1996 election and her future One Nation party.

Earlier, during the 1980s, it found expression in anti-Asian immigration statements of then opposition leader John Howard and scare campaigns waged by the "New Right" against the cause of Aboriginal land rights. As prime minister, Howard skilfully used wedge politics. This enabled him to exploit emotive issues such as the Tampa episode of 2001 and "Australian values", even while his government presided over a massive expansion in immigration – the largest since the post-World War II years.

Much of the Australian right's identity politics was a pale imitation of the American "Southern strategy". The Republican Party, in the wake of the 1960s civil rights movement, courted Southern "white", often working-class voters by seeking to appeal to their racial fears over and above their economic interests in voting for the centre-left Democrats.

It was Republican presidential candidate Barry Goldwater who first wielded this strategy in 1964. Richard Nixon refined it in 1968 and 1972, transforming a firmly Democratic South into a bastion of Republicanism. Echoes of this strategy were heard in Donald Trump's successful appeal to similar cohorts of voters in rust-belt states in 2016.

Which brings us to the dark underbelly of Scott Morrison's Coalition government. We are prone to forget just how slim the prime minister's lower house majority is. While personally popular, Morrison, like his predecessor Malcolm Turnbull, is often hostage to extreme right elements of the Coalition – none more so than George Christensen. 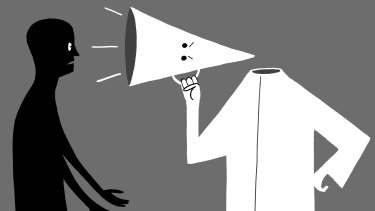 In what might be termed the "northern strategy", Christensen seeks to appeal to the imagined identity politics of North Queensland voters in his seat of Dawson, those left behind by economic globalisation, "free trade" agreements and general neglect of regional Australia – largely overseen by the Coalition over the past two decades.

Christensen's pitch plumbed new lows this week when he posted on Facebook – wittingly, unwittingly, or half-wittingly – an anti-Semitic meme prominently featuring an image of the Jewish Holocaust survivor and billionaire George Soros, who, despite his wealth, is well-known for his support of progressive causes. (Trump's 2016 presidential campaign ran similar images of Soros as have extremist right-wing Hungarian politicians).

Promoting a right-wing conspiracy against the World Economic Forum's alleged left-wing COVID recovery strategy, he wrote: "Don't let the globalist elites push the 'Great Reset' button. Stand up for Australia and sign up to the 'Nation First' newsletter."

Tropes of this kind are redolent of the Nazis against German Jewry and their allegations that Jews secretly controlled global finance and were responsible for Germany's economic hardship. You don't need a PhD in history to know where it led.

Remarkably, Christensen subsequently claimed on Facebook he was unaware of Soros's Jewishness and made a bizarre claim to his great grandmother’s “1/4th” Jewish heritage.

Right-wing identity politics must be repelled. After all, in economic terms, what really separates an underemployed single mother from Mackay with convict heritage from a battling first-generation Sudanese male factory worker in western Melbourne?

How can Morrison, Deputy Liberal leader and Treasurer Josh Frydenberg, or friends of the Australian Jewish community such as Tim Wilson and Dave Sharma, or any decent Liberal MP keep shtum? Christensen is arguably unfit to sit in Federal Parliament. At the very least, the Prime Minister should rebuke his divisive, dangerous rhetoric.

Nick Dyrenfurth is executive director of the John Curtin Research Centre. He is the author or editor of 10 books including most recently The Write Stuff: Voices of Unity on Labor's Future (edited with Misha Zelinsky).