Leaders of Sydney’s Anglican schools are pushing back against a decree by the Sydney diocese that new principals and directors of its school boards sign a document affirming they believe marriage is between a man and a woman.

The clause about marriage, inserted into a 15-year-old statement of faith, has become an “issue of consternation” and several principals have taken their concerns to the Archbishop of Sydney, Kanishka Raffel. “I am livid,” said one. 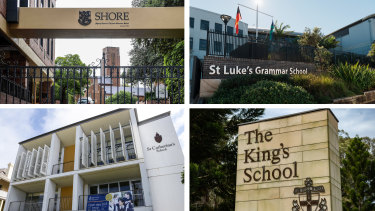 They were worried about the singling out of gay marriage in the statement, alongside a pledge to resign if those beliefs changed.

The Anglican Diocese of Sydney runs dozens of schools. The so-called jewels in its crown – including Shore, Kings, Abbotsleigh and St Catherine’s School – have boards dominated by representatives of the diocese. Redlands and SCEGGS Darlinghurst also have diocesan board nominees, although they are not a majority.

The Anglican Schools Corporation manages schools such as Roseville College, St Luke’s Grammar and Danebank School. New principals and board members are required to sign the statement as a condition of their appointment. 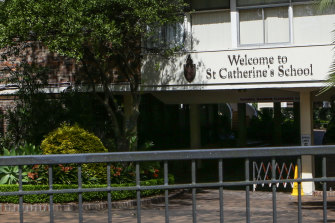 The new principal of St Catherine’s will have to attest that they believe marriage is between a man and a woman.Credit:Dallas Kilponen

The principals, who spoke to the Herald on the condition of anonymity, were worried about their gay students and parents, and felt the singling out of gay marriage in an otherwise general statement of Christian faith was “aggressive” and “contrary to the laws of the land”.

They are also worried that the move will significantly decrease an already-small pool of potential candidates for principal positions, and compromise the quality of school leadership.

An advertisement for the top job at St Catherine’s School in Waverley – which is vacant from the end of the year – included a copy of the statement, leaving many in the school community worried that the next head will take the school in a more conservative direction.

Some schools have lost potential board members over the issue. Among them was a high-achieving woman with a public profile, who was invited to be the diocesan representative on the board of a sought-after sandstone girls’ school but refused to sign the statement.

“They’re engineering their boards to think in a morally conservative way that’s harmful for their students,” said the woman, also on the condition of anonymity. “It’s going to limit new principals –you’ll end up with a whole set of socially engineered principals across Anglican schools in the Sydney diocese.

“Restrictive ideas about sexuality should not be tied up in the statement of faith and the fact that they are speaks to something deeply concerning about the Sydney Anglican Church right now. To me, this is not Christ-like. ”

The extra clause, which took schools by surprise when it was quickly passed in late 2019 by the Synod – an Anglican parliament that represents 700 parishes – states that “this faith produces obedience in accordance with God’s word, including sexual faithfulness in marriage between a man and a woman, and abstinence in all other circumstances.”

Previously the document had been limited to affirming belief in the faith as expressed in the Apostles’ Creed and Luther’s three main doctrines.

One principal said they “struggled with that. My colleagues do [too]. I don’t understand why you would insert that, over substance abuse or gambling or domestic violence,” they said. “It seems remarkably aggressive.” Another said it had become an “area of contention,” and had made recruiters’ jobs harder.

Bishop Chris Edwards, Bishop of North Sydney, said the comments about sexual faithfulness in marriage were always implicit. “By making it explicit, it only states what was always understood from Biblical teaching on marriage, faithfulness within marriage, and abstinence apart from marriage,” he said in a statement to the Herald.

“However, the Synod felt that given the recent change in secular law relating to marriage, it should explicitly point out that assent to the statement of faith includes the teaching of Jesus and the Bible on marriage, such as in Genesis Chapter 2 and Matthew Chapter 19.”

05/05/2022 World News Comments Off on ‘I am livid’: Anglican principals’ fury at edict against gay marriage
Markets