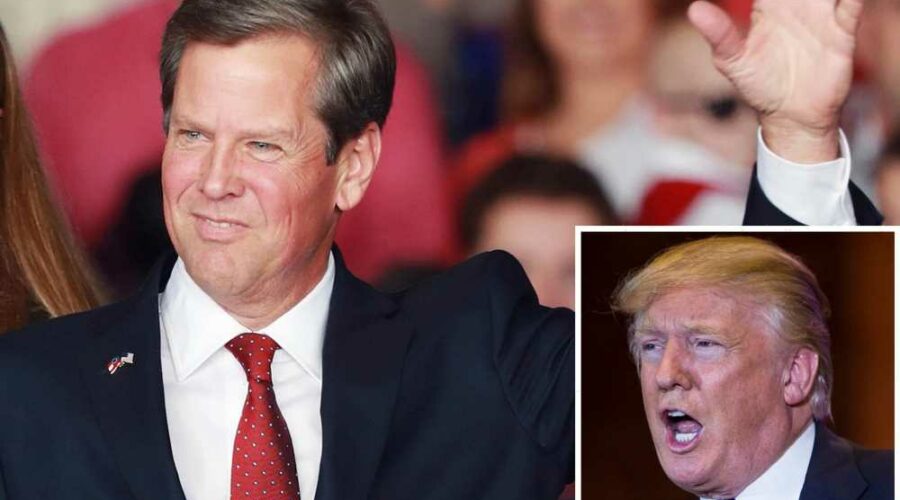 Biden's climate executive orders devastated these US workers in a day

Why the US Hispanic conservative movement is surging — even without Trump

Kemp’s refusal to do so infuriated the former president and led to months of attacks from members of his own party. The governor quickly dropped in the polls as a growing number of potential primary opponents lined up to defeat him in the next election.

It seemed as though everyone in the media had written Kemp’s political obituary. But then, all that changed over just a few days this spring when he signed into law a voting measure he said was necessary to restore confidence in the state’s elections with such rules as having to produce identification to vote absentee. Critics blasted the move as restrictive.

President Biden decried the law as “Jim Crow for the 21st century” — an irresponsible reference to a morally bankrupt time in US history that restricted many basic rights for people of color including the ability to vote.

Georgia’s biggest companies including Coca-Cola and Delta Air Lines all stridently criticized the law, but Kemp remained not only unperturbed by the attacks, he took them head-on.

Even when Major League Baseball delivered the harshest blow by pulling the coveted All-Star Game from the stadium home of the Atlanta Braves — an economic driver for any host city — Kemp stood his ground.

And now, the first-term governor is riding high. The latest Morning Consult poll shows he has bounced back with 74 percent of Republican voters now approving of his job performance — up a whopping 15 percentage points from a low set 10 days before he signed the voting bill in March. He plans to run again for governor in 2022 and hold his seat.

“It’s not the first time that’s happened,” said Kemp, in an interview with The Post. “You’ve got to learn when to pick your fights in politics, and this is one fight worth fighting.”

Kemp’s reversal of fortune began when he stood like a wall of fire between his voters and the cultural elites bullying his state. He had the fortitude to sign a bill that was vilified by the mainstream media, when he felt it just made good sense, and he refused to fold under pressure when corporate America punished his state.

A former state senator and secretary of state, Kemp, 57, said he has consistently stood up to elites who demanded he change his conservative policies to conform to their liberal worldview.

“To me, standing up to that is bigger than any political party or any person, including myself, and that’s what I’ve been fighting for,” said Kemp, who is also a small-business owner with holdings in real estate, construction and agriculture.

In 2019, several production companies in Hollywood, an industry that supported over 92,000 jobs in Georgia, declared they would no longer film in the state as long as the “fetal heartbeat” abortion law stood. A federal judge permanently blocked the law months after Kemp signed it, and because the measure never saw the light of day, the boycott faded away.

When he was secretary of state, activists slammed Kemp for voter-roll maintenance they called “purges.” His opponent for governor, Democrat Stacey Abrams, called him “a remarkable architect of voter suppression” in 2018.

After the vote, it fell on him to defend it, he said.

“I knew how they were going to act,” Kemp said of the backlash from progressive media and corporations. “I fought it just like I always have.”

Now Kemp has regained his national standing — not by defending Trump, but by fighting back against Major League Baseball, Coke and Delta. His approach holds the key to how GOP politicians can win over voters in a post-Trump era, said Jeff Brauer, Keystone College political science professor.

“For most of US history and definitely for the past two decades, politics in America has been intensely divided between economic/cultural elites and everyday working folks,” Brauer said.

‘You’ve got to learn when to pick your fights in politics, and this is one fight worth fighting.’

Kemp, on how he defended his state’s new voting law amid progressive backlash

Brauer said this was true before Trump’s presidency and it remains just as true now. “Yes, Trump successfully embraced such populism, but other politicians like Kemp have done so, too, and will continue to do so, even without Trump’s brand attached.”

Meanwhile, the vast network of anti-Trump elites still think everything in right-leaning politics is about the brash billionaire from Queens. They have never understood that his victory in 2016 was a result of America’s new conservative populist coalition rather than the cause of it.

What the media fails to understand is that voters liked Trump not because of him, but because of his willingness to fight for them. Whoever opposes the forces that disapprove of these voters and their values of family, faith, capitalism and patriotism, they will back 100 percent.

This will be the X-factor for GOP candidates in 2022 and 2024, especially among suburban voters who turned to Democrats in 2018 and 2020 because they were turned off by Trump’s harsh rhetoric, Brauer said.

“The politicians [who] embrace the anti-elitism message will be successful with voters,” he concludes.

In short, what this populist coalition really wants is a candidate who will stand up to powerful cultural institutions and defend their communities. It’s not all about Trump — and it never was.

Salena Zito is the co-author of “The Great Revolt: Inside the Populist Coalition Reshaping American Politics.”

22/05/2021 World News Comments Off on How Georgia Gov. Kemp rebounded after Trump nearly destroyed him
Markets