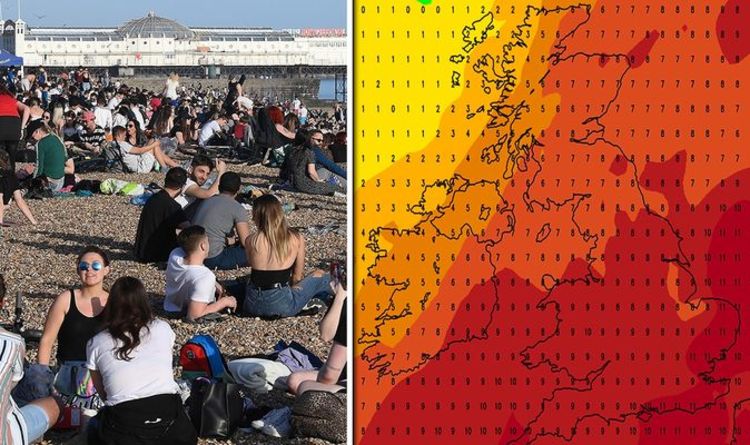 BBC Weather: UK temperatures to climb over the weekend

BBC Weather said Britain can tap into warmer air if high pressure nudges to the east. Although they put this at around a 30 percent chance, they said this could allow African and Mediterranean air to grip the nation.

BBC Weather’s long-range forecast from May 31 to June 6 read: “Our best bet to get warmer, more summerlike temperatures will be if we can tap into sub-tropical Atlantic or African air.

“To do this, we will need a south-westerly or southerly wind.

“The main alternate scenario for early June is that high pressure from the Bank Holiday weekend builds strongly into Scandinavia instead of shifting into Russia.

“This is a mostly drier pattern, but with high pressure to the east the winds would instead shift to southerly and allow us to tap into warmer African and Mediterranean air. 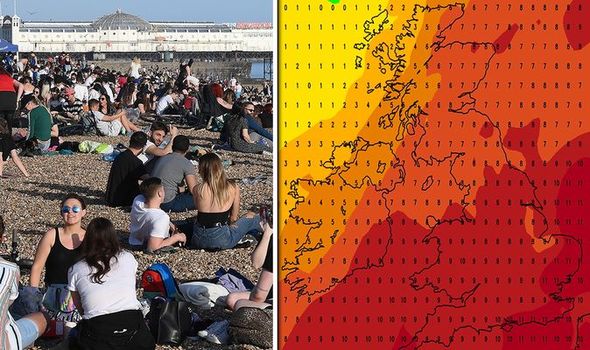 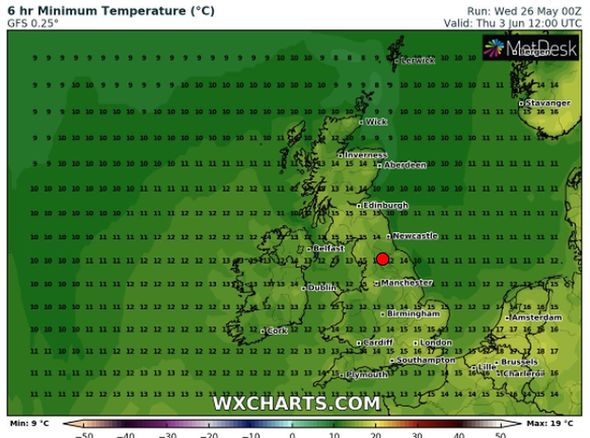 “This is potentially a very warm pattern and there is a chance for thunderstorms to drift in from the south.

“However, there are stronger signals for the high to just be a short-lived feature instead, so we think there is a roughly 30 chance of the drier, warmer pattern.”

Forecasters added towards the end of this month they expect “high pressure over the Bank Holiday weekend will shift away to the east early in the week with a cold front spreading in from the northwest.”

They added: “A low from Iceland will take up residence in Northwest Europe for the first few weeks of meteorological summer. 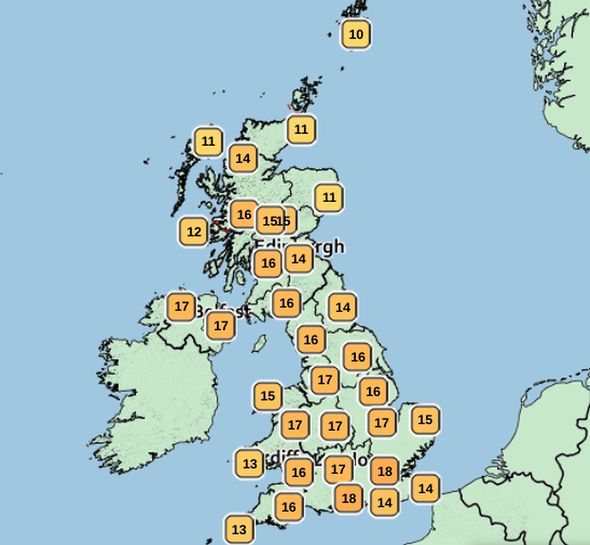 “This will bring a lot of cooler, unsettled weather for the UK.”

It comes as according to the latest weather charts, temperatures could peak in the mid-twenties next week.

Maximum temperature maps by Wxcharts suggest on Thursday, June 3rd at 12pm thermometers could reach 23C (73.4F) in London and the southeast of England.

Most parts of the UK including northern England, Scotland and Wales could see highs of between 18C (64.4F) and 22C (71.6F) across the country on this date. 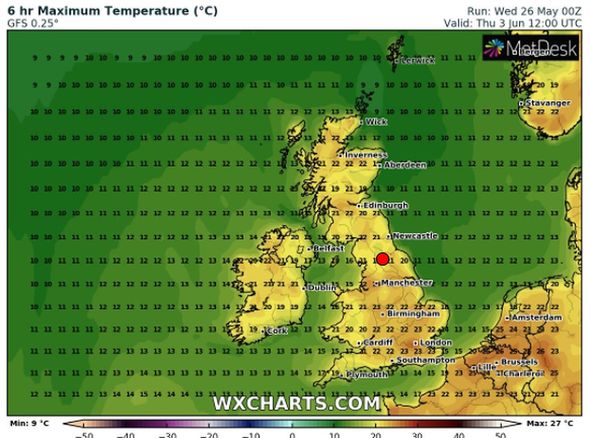 And ahead of June is the May Bank Holiday weekend which Met Office forecasters have said will see a dismal May take a turn for the better.

Wet weather has dominated the forecast this month, with Wales recording 200.7mm of rain – double the monthly average – making it the wettest May in records dating back to 1862.

Dorset, Bristol and eastern parts of Scotland have also been particularly hard-hit by downpours. 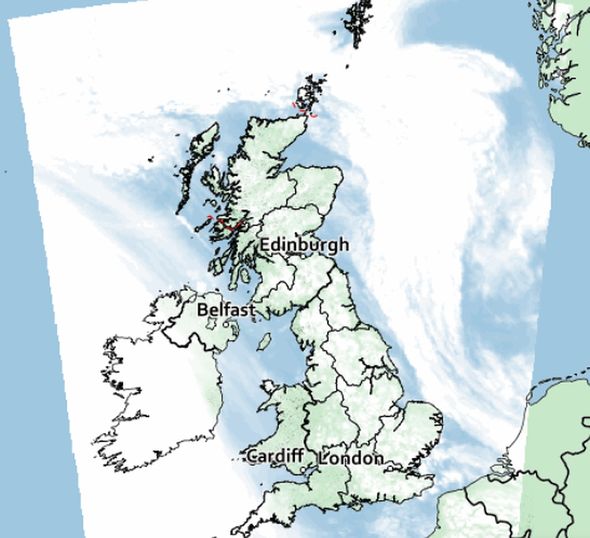 Across the UK, it has been the 10th wettest May on record, according to Met Office figures.

The mercury is predicted to top 20C (68F) in parts of the UK just in time for the Bank Holiday weekend.

London and central parts of England could see temperatures climb to as much as 23C over the weekend. 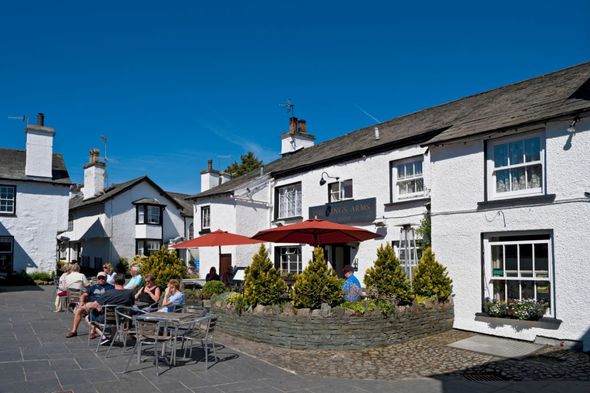 Other parts of the South East, Wales and the North West are predicted to see top temperatures of around 20C (68F).

Oli Claydon, Met Office spokesperson, said: “Showers will start to ease and temperatures will increase over the bank holiday.

“There’ll be highs of up to 23C for central parts of England and possibly into London.

“There is a slow progression towards warmer and drier conditions.”

Going into tomorrow, the Met Office says there will be patches of mist that will soon lift and clear to reveal sunny spells.

However, variable amounts of cloud cover will tend to build during the day.

Most areas will remain dry however there is a chance of a few isolated showers developing and these are most likely going to be across eastern areas.