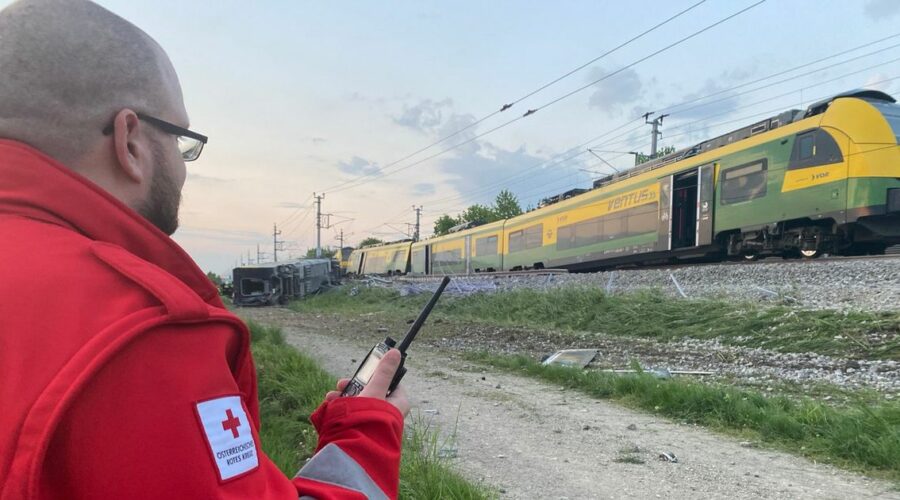 A horror train crash has killed one person and left a dozen more injured.

The terrifying incident near the capital of Austria, Vienna at around 6pm on Monday came after a passenger train derailed but details on how or why have not been confirmed by local authorities.

The train was travelling past the town of Muenchendorf on the Pottendorfer line when the fatal disaster struck.

Of the 14 people who suffered injuries in the crash, three of them are thought to be serious, according to the Red Cross.

A total of four air ambulances were deployed to the railway in an emergency effort to take injured survivors to hospital.

Everyone else onboard has been taken to the Munich Village disaster relief centre of the Red Cross.

A dramatic photo taken of the derailed train shows at least one carriage on its side and another appears to be at an angle on the railway.

The image of a Red Cross worker in the foreground looks as though the front three carriages were relatively unaffected by the derailment.

You can also get email updates on the day’s biggest stories straight to your inbox by signing up for our newsletters .