A STUDENT'S unsettling discovery of a secret room behind a block of school toilets is freaking out social media users.

Eduardo Melendez posted two videos of a huge hole in the wall found inside his Honduras school bathroom. 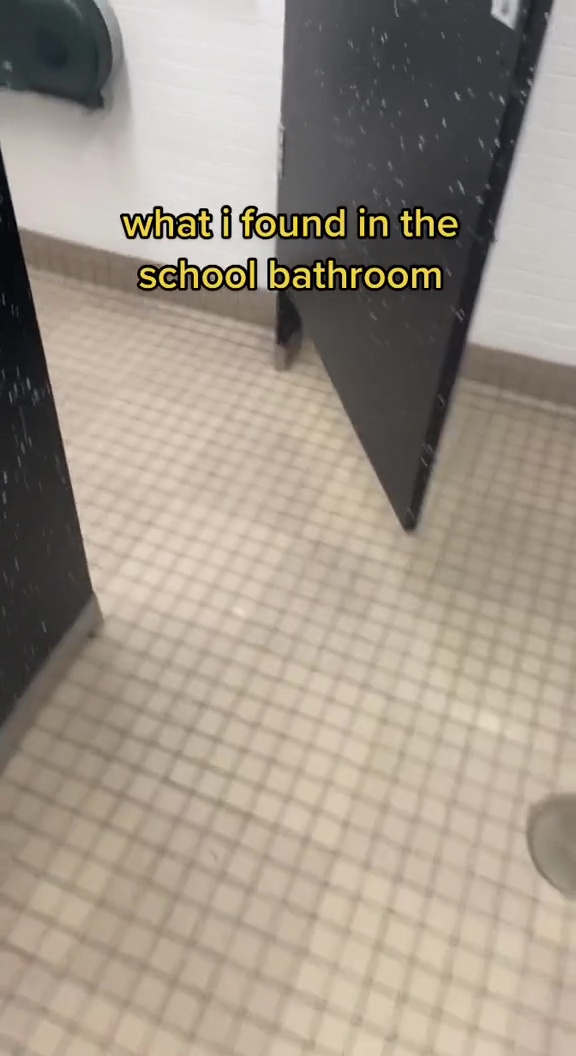 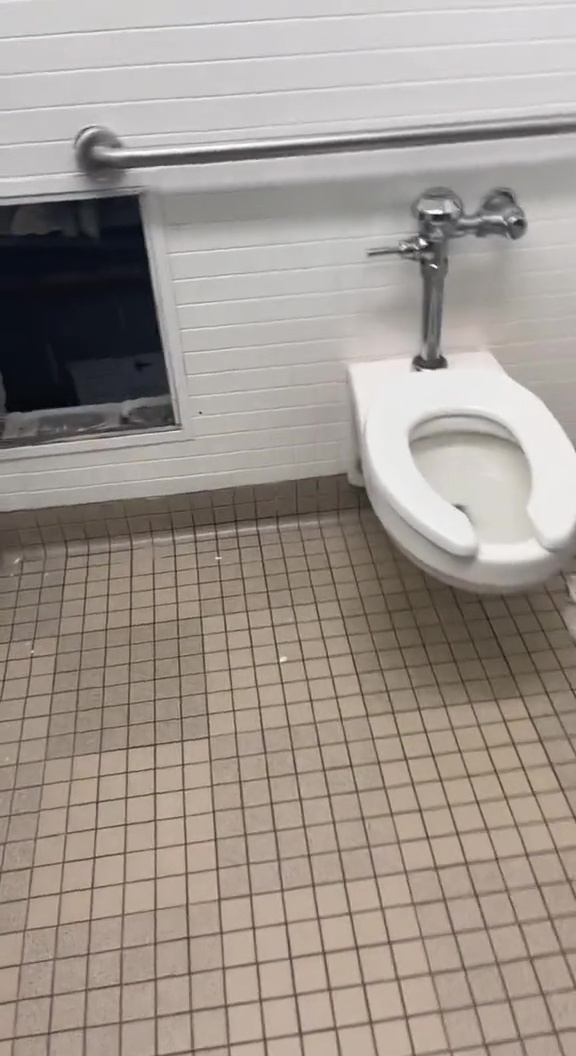 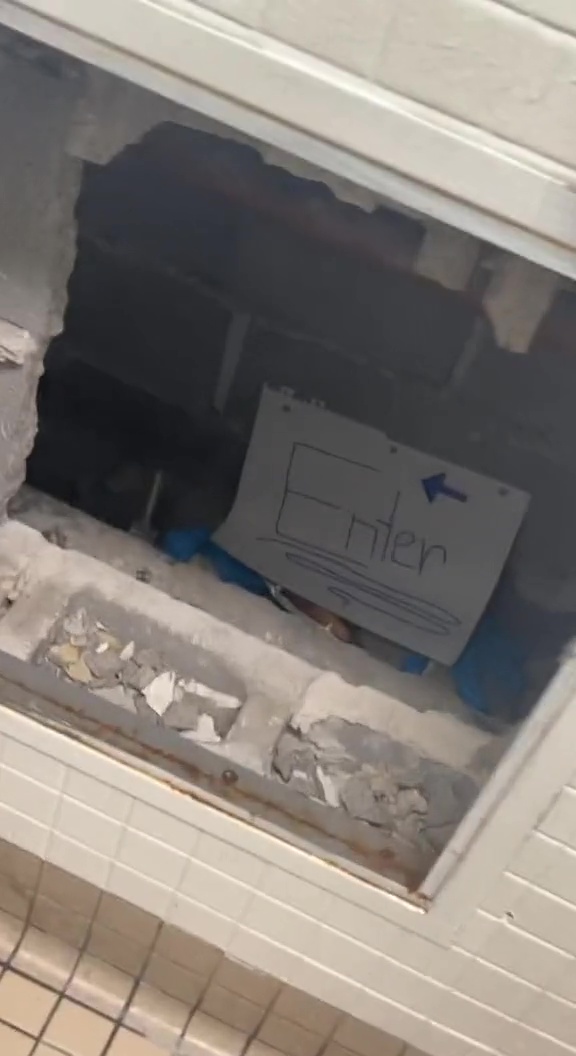 The footage has racked up a whopping 25 million videos in four days with many drawing their own conclusions about the bizarre find.

In the first ominous clip he is seen edging closer to the large hole before a piece of paper reading 'enter' is revealed.

Despite appearing recently written, the teenager claimed to have randomly stumbled across the find with the caption: "What I found in the school bathroom".

He cuts filming before returning with part 2 to show inside the mysterious room.

In part second instalment, he moves his camera around to reveal a small empty space, writing a caption 'there is nothing'.

But viewers weren't left disappointed, and some claimed they could see something out of the ordinary.

One person said: "There is a hand under the paper that says 'enter' you can see the fingers".

Another viewer said: "You can’t tell me you don’t see the face."

One person was sure they saw "a hand and sleeve" where the enter sign was. 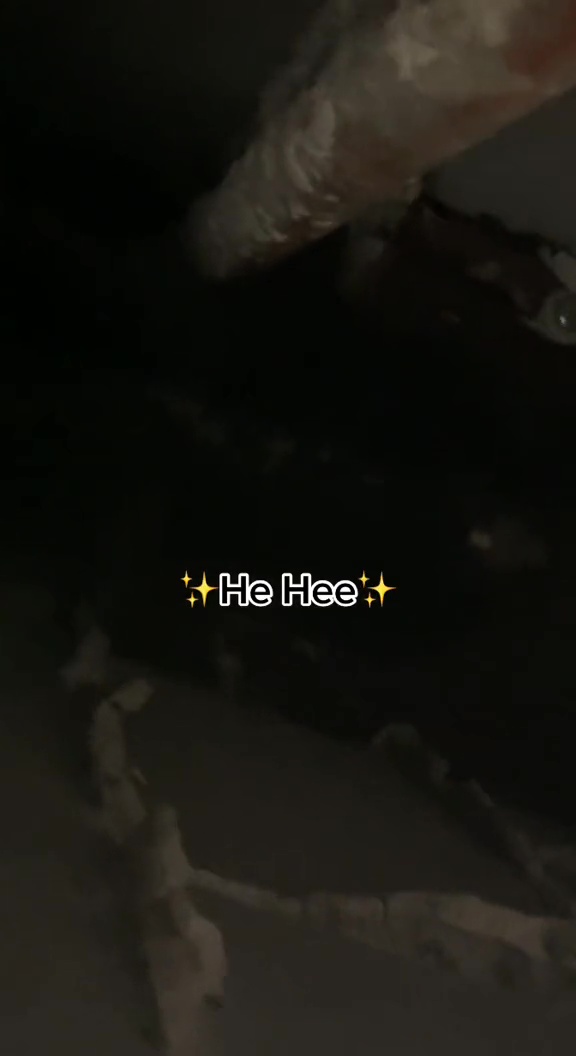 Another said they too had a similar hidden den in their science lab which they later established lead to the basement.

They wrote: "Nobody, and I mean nobody knew there was a basement before that."

The random chunk of unused space is one of a few shared to social media this year.

Last month, a couple were shocked to find a mystery room hidden inside their kitchen cupboard.

The secret hideaway has no other entrance ways other than through the makeshift passage but inside there’s a window – and enough space for another bathroom.

Through the discrete hole-in-the-wall an unkept room is visible with rubble, wires and an appliance box.

A woman claiming to have made the freaky discovery with her partner after moving into the home posted photos to Facebook – revealing the moment they stumbled upon the room.

The post captured the attention of a number of social media users but it was parents needing a break from young children or husbands who thought they could get the most of its covert placement.

Another wrote: "I would totally make that into a comfy little hiding spot. Husband getting on your nerves? Run to the hiding spot."

Others were less impressed with the use of the extra space, with one person commenting it was a "waste of good, natural light". 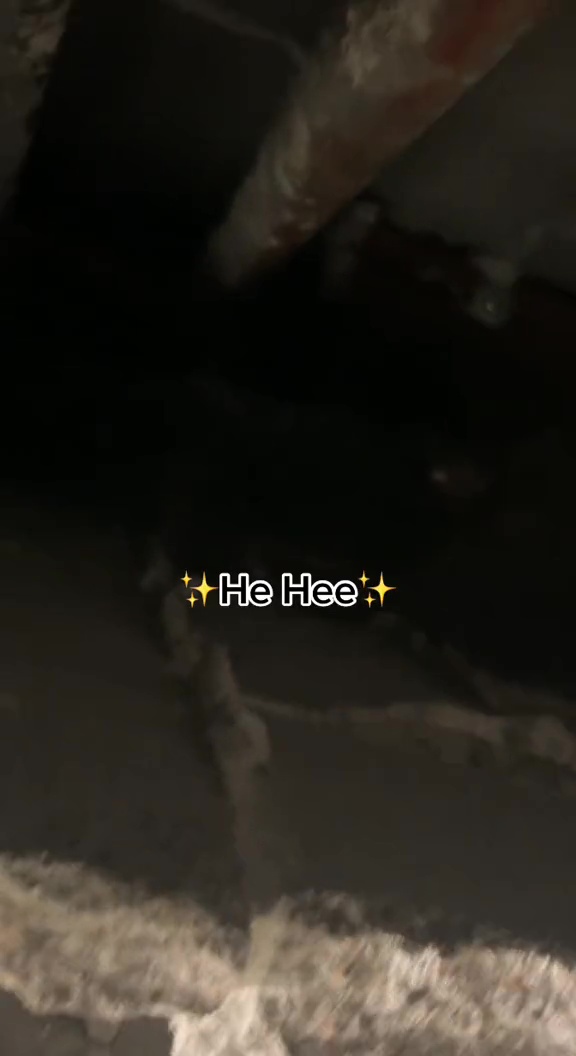