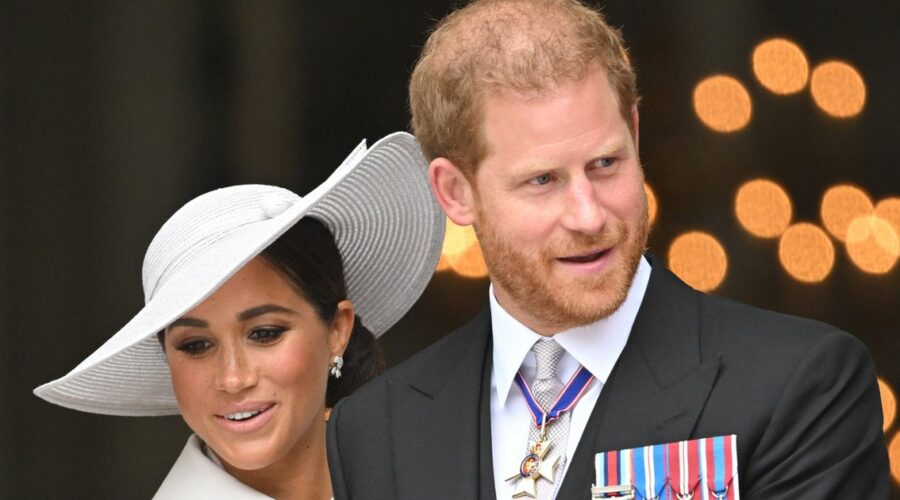 It was four days of pomp, spectacle and celebration, but for royal fans the world over the Platinum Jubilee celebrations were also a fascinating behind-the-scenes insight into arguably the world's most famous family.

There was certainly a large contingent for whom the reported rifts and strains in the lives of the various Windsors were as much of a draw as the lavish parades, pageantry and concert performances themselves.

And with hordes of camera crews and reporting teams from all over the globe in town to document every second of the historic proceedings – not to mention the millions of armchair pundits glued to the telly at home – it was a sure-fire bet that nothing would go unnoticed.

Viewers claimed the BBC’s footage showed the Duchess of Sussex "turning away" as Prince William's wife walked by her in St Paul's Cathedral.

One fan shared the footage to Twitter and asked: "Did everyone notice the woman in white hat (Meghan) turned her head to the left when The Duchess of Cambridge was walking past…"

Others quickly agreed and accused the Duchess of Sussex of a "very obvious" movement in reaction to seeing Kate Middleton.

Another added: "Top spot! She definitely turned away."

Did Kate Middleton give a 'jealous' look at Meghan Markle?

Some were also convinced that Kate wasn't happy at Meghan Markle 'stealing the show' during her appearance inside St Paul's.

The Duchess of Cambridge and Prince William were seated metres away from Wills and Kate, the latter's first public appearance since they arrived in the UK for the celebrations.

One viewer said she'd given her a "chilly" look, while another added that her face didn't show "hatred," only "sadness and envy."

Did Prince Harry's body language hint at a royal rift?

One body language expert claimed that the way Harry and Meghan held themselves on the day hinted at a lingering royal rift.

Nick Davies said: "As Harry greets Meghan from her side of the car, they both preen each other, by checking each other's collar swigging, which shows a sign of unity.

Mr Davies added that Meghan "appears to spot someone at the front and mentions this to Harry" which leads the couple to both look down.

"He frowns briefly showing it may be the person/s they had conflict with that caused the initial royal rift."

He may still be only eight years old, but Prince George was praised for showing the "first shoots of leadership" during the Jubliee.

The third-in-line to the throne was seen on camera several times throughout the weekend, sparking great interest amongst royal experts who credited him with "growing up" in front of their very eyes.

"We could see a boy fully mirroring his father’s confidence and even showing the first shoots of some leadership skills," said body language expert Judi James.

"When the state coach rolled up to the royal box it was George getting to his feet first and buttoning his jacket before urging his father to do the same.

"It was George standing proudly and solemnly beside his great grandmother on the balcony just now and he was the royal throwing her a big beaming grin of warmth when she spoke to him."

Queen 'struggled not to be overcome by tears'

The Queen was seconds away from bursting into tears as she waved at thousands of dedicated royal fans from her Buckingham Palace balcony, one body language expert said.

Her Majesty appeared for three minutes to greet the adoring masses who had travelled to honour her – and she is believed to have used "all her power" to stop herself from crying.

The 96-year-old monarch was seen "narrowing" her eyes and "sucking her lips" to avoid becoming upset in front of the nation, according to one expert.