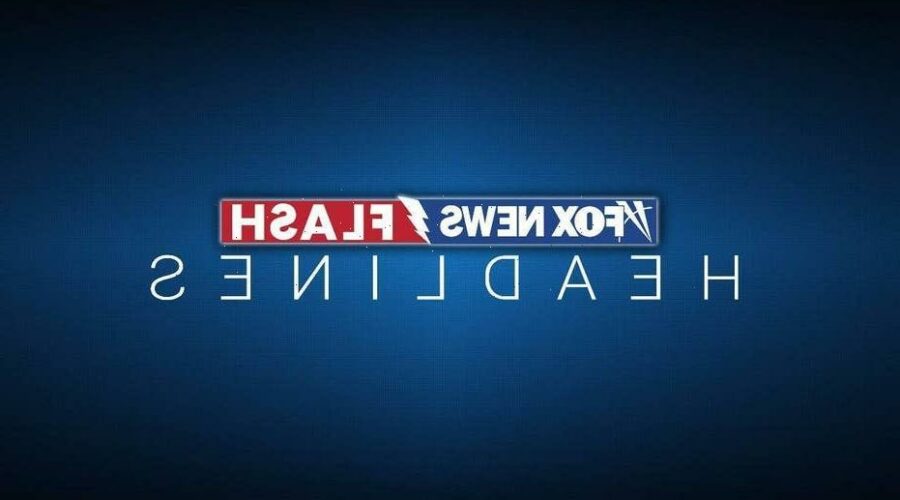 An unidentified inspector who failed to discover a crack in the Hernando de Soto Bridge linking Arkansas and Tennessee that prompted the span’s closure was fired Monday morning and may face charges, according to reports.

Arkansas Department of Transportation Director Lorie Tudor said the inspector was fired after drone video showed the crack on the bridge spanning the Mississippi River in May 2019.

“This is unacceptable,” Tudor said at a news conference.

Tudor said the crack was not noted by the inspector in his reports that fall or the following year.

“From our investigation, we have determined the same employee who conducted the inspection in 2019 and 2020 failed to carry out his responsibilities correctly,” added Tudor. 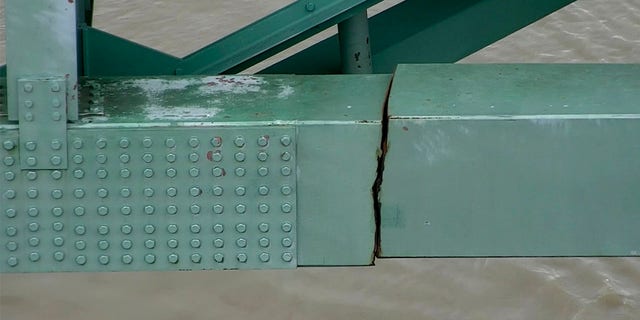 In this undated image released by the Tennessee Department of Transportation shows a crack is in a steel beam on the Interstate 40 bridge, near Memphis, Tenn.
(AP)

The department did not immediately name the employee and said the incident is also being referred to federal investigators.

Tudor said all “fracture critical” bridges that had been inspected by the fired employee will be re-inspected.

She said the fired employee, who had worked for the department for about 15 years, did not follow proper protocol in the bridge’s inspection.

“He didn’t see it,” Tudor added about the crack. “But the reason he didn’t see it is because he wasn’t following proper protocol.”

The fired inspector was obliged to “literally go inch by inch along that beam and physically inspect every inch of the beam,” she said, adding, “That did not happen.”

Tudor said the department is making changes to its inspection program to add additional checks, including the use of a new drone to aid in inspecting bridges. Tudor said last week that the bridge’s damage could have led to a “catastrophic” event had it not been discovered.

Arkansas’ DOT on Monday released an image and video from the drone, which showed the crack. The drone footage was taken by a consultant inspecting the bridge’s cables.

Traffic on the six-lane bridge was shut down last Tuesday after inspectors found a “significant fracture” in one of two 900-foot horizontal steel beams that are critical for the bridge’s integrity. River traffic under the span was also closed Tuesday but reopened on Friday.

The closure has impacted a heavily used corridor and raised concerns about shipping and delivery costs. The Arkansas Trucking Association on Friday estimated the closure would cost the trucking industry at least $2.4 million a day.

Traffic was being rerouted to Interstate 55 and the 71-year-old Memphis & Arkansas Bridge, about 3 miles south.

Arkansas and Tennessee authorities have not given a timeline for when the bridge will reopen. The Tennessee Department of Transportation (TDOT) said Monday that the I-40 bridge repair will be conducted in two phases, and both steps must be completed before the bridge can be reopened for road traffic. 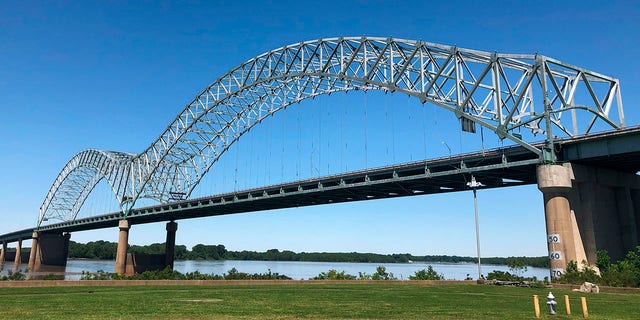 This photo shows the Interstate 40 Bridge linking Tennessee and Arkansas on Friday, May 14, 2021, in Memphis, Tenn.
(AP)

The first step is installing steel plates on each side of the fractured beam to provide stability for crews to permanently replace the damaged parts, TDOT said in a statement. The plates are being made and fabrication should be completed by Wednesday, TDOT said. The second phase involves the removal and replacement of the damaged piece of the bridge.

Tennessee’s DOT also said it will review the condition of the I-55 bridge “out of an abundance of caution.” The drone review is expected to occur Tuesday or Wednesday.