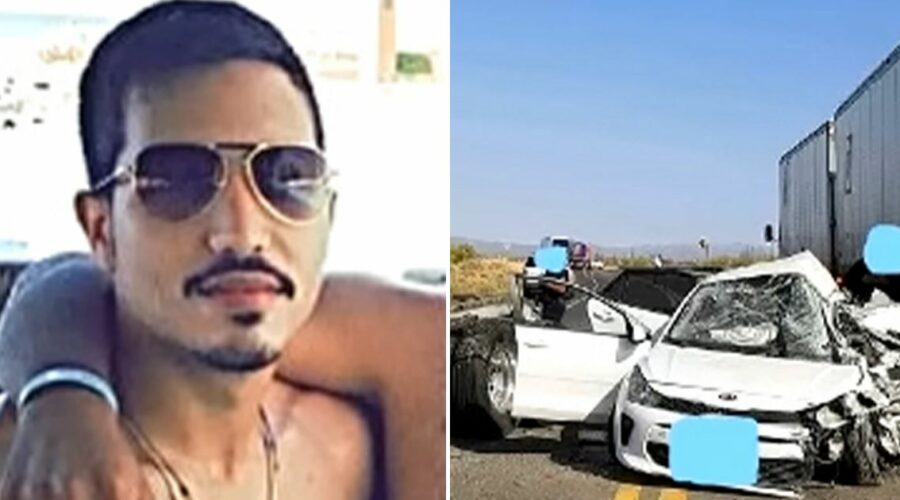 The heir to the world's most powerful drug cartel has been involved in a fatal car accident.

The two people inside the car, which appeared to have collided with a lorry, were transferred to nearby hospitals.

Serafín was said to have survived the collision but sustained serious injuries. He was taken to a private clinic in the city of Hermosillo.

Sonora state police were seen guarding the site of the crash while an investigation into the incident was carried out to determine who was responsible.

Serafín was arrested by the Drug Enforcement Administration (DEA) in November 2013, accused of importing cocaine and cannabis into the US.

He was handed a five-and-a-half-year prison sentence and was released in September 2018, reportedly after cooperating with the DEA.

El Mayo was El Chapo's right hand man while the Sinaloa Cartel grew to be the world's largest drug trafficking organisation in the 1990s.

Despite the working relationship between the two, El Mayo is currently locked in a bloody turf war with El Chapo's children, most notably Ovidio Guzmán, for control of some trafficking routes.

Ismael, better known as 'El Mayito Gordo', was extradited to the US in 2019 and pleaded guilty to drug trafficking charges. He is due to be sentenced this week and faces a minimum of 10 years behind bars.

Vicente was arrested in Mexico City in 2009 on drug trafficking charges and was eventually sentenced to 15 years in prison in 2019, meaning that Serafín is El Mayo's only free son.