THIS is the heartstopping moment a helicopter spins out of control and crashes into the Hudson River after missing the landing pad.

Bystanders recorded the troubled Bell 206 helicopter as it smacked the water moments after taking off from a helipad in New York yesterday just before 2.30pm. 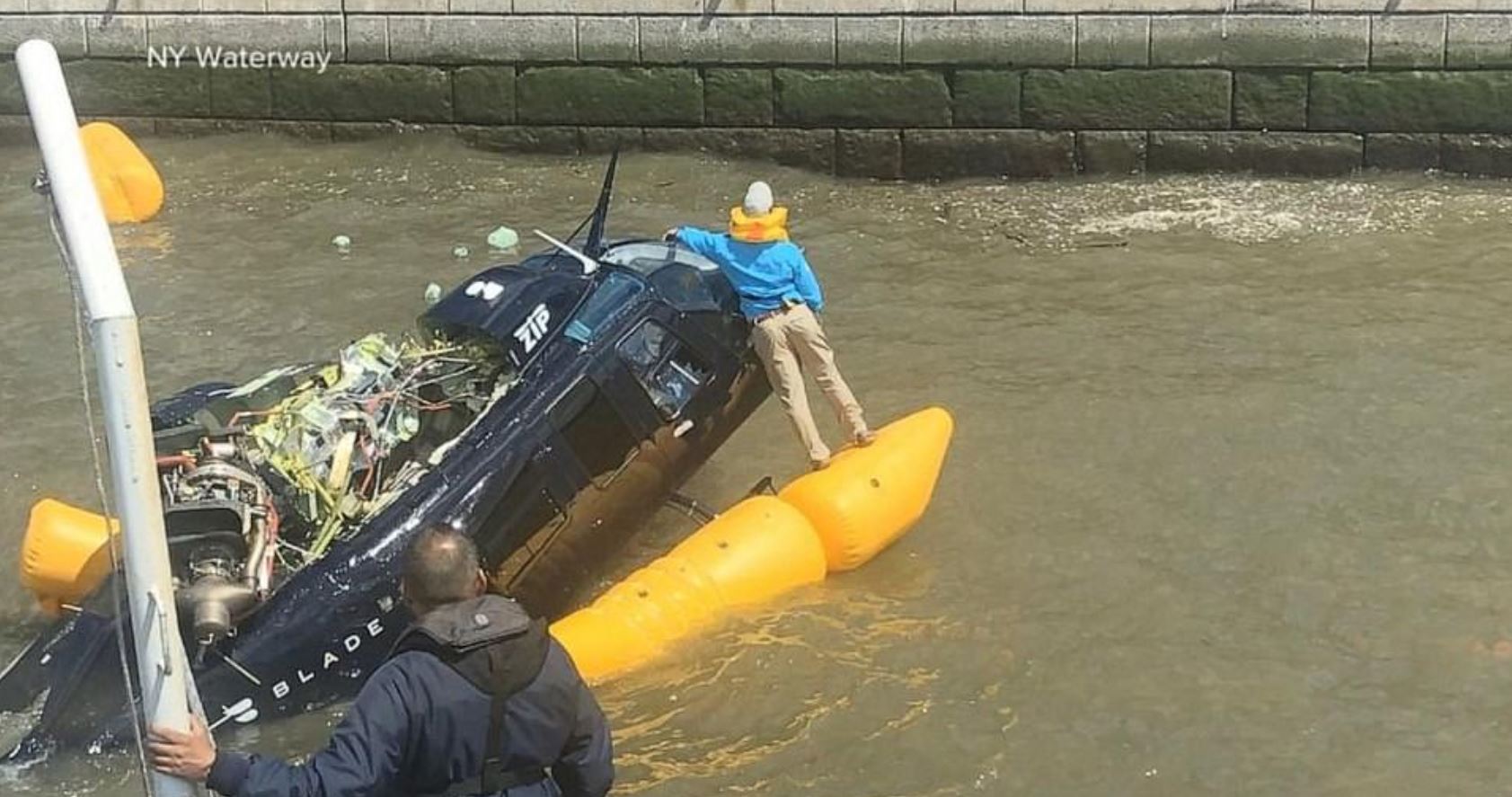 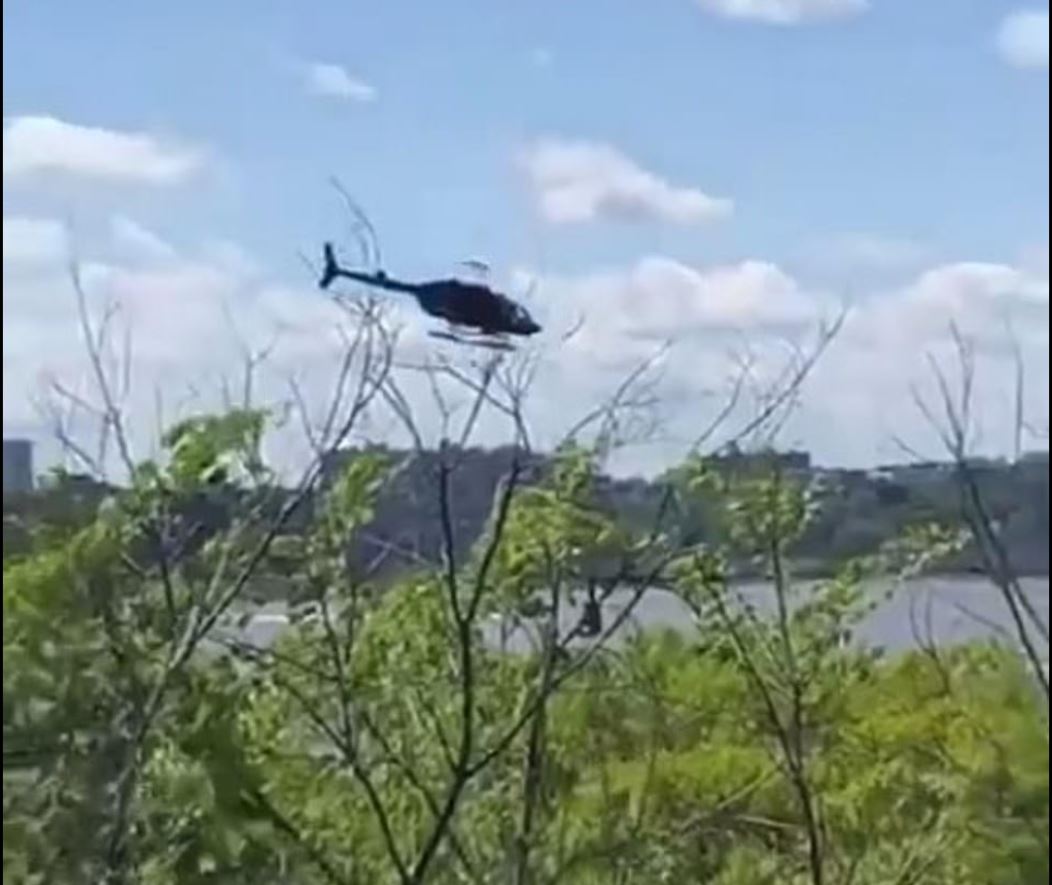 Eric Morales, the pilot, miraculously escaped the wreckage with a minor hand injury.

The 35-year-old was pictured in a life jacket clinging onto chopper while standing on the pontoon that was ejected from beneath the aircraft to stay afloat moments before.

Emergency responders raced to rescue him and to retrieve the helicopter.

He was flying away after refuelling to another part of the West 30th Street Heliport when he came into trouble reproaching the facility.

Mr Morales was the only person on board, but a dockworker trying to get out of the way slipped and injured his wrist, police said.

Footage shows the charter aircraft descending into the river from about 150 feet before getting pulled out of the water by a marine crane.

The helicopter was not in freefall even though it came down quickly as the blades were still rotating.

One speculated heavy winds may have contributed to the crash.

The source told DailyMail.com: “[The pilot] appeared to make a choice to attempt a hard landing on the water, possibly in a bid to avoid the nearby tarmac.”

Anthony Raisley, 20, and friend were watching the river, when they noticed the aircraft spinning and thought it was a stunt.

The college student said: “The next thing you know, it was out of sight.
"Just shock. You see this stuff in the news, and you never think you'll witness it."

Another witness said they heard a boom before he started filming the crash.

A witness to the crash told CBS: “I was riding my bike to work, and you know, I see helicopters take off all the time from here and I heard kind of like a boom after one of them was taking off and I
looked over and I see the helicopter that took off.

“It wasn't very high and it started spinning out of control. And it was spinning and kind of slow but then the airbags deployed and it dropped into the water. And that is when I grabbed my phone and I ran over and took video.

“There were no flames. It just started you know, spinning in a circle. Spinning, spinning and the airbags deployed and it fell to the water.”

The National Transportation Safety Board said it would investigate the accident.

In the past 10 years, 17 people have died in three minor and major helicopter wrecks and crash landings in New York City.

Blade Urban Air Mobility Inc, an indirect carrier which works with Zip Aviation, issued the following statement to DailyMail.com: “Earlier today, a helicopter made a safe emergency landing on floats in the Hudson River near the heliport.

“There were no passengers on board. The pilot was not injured and immediately exited the aircraft. The helicopter was being repositioned to the West Side Heliport for fuelling by the operator, Zip Aviation, and was not servicing a Blade mission.

“Because there were no injuries, the incident is being treated as an emergency landing and NTSB (National Transportation Safety Board) will not be investigating. All Blade services are operating normally.” 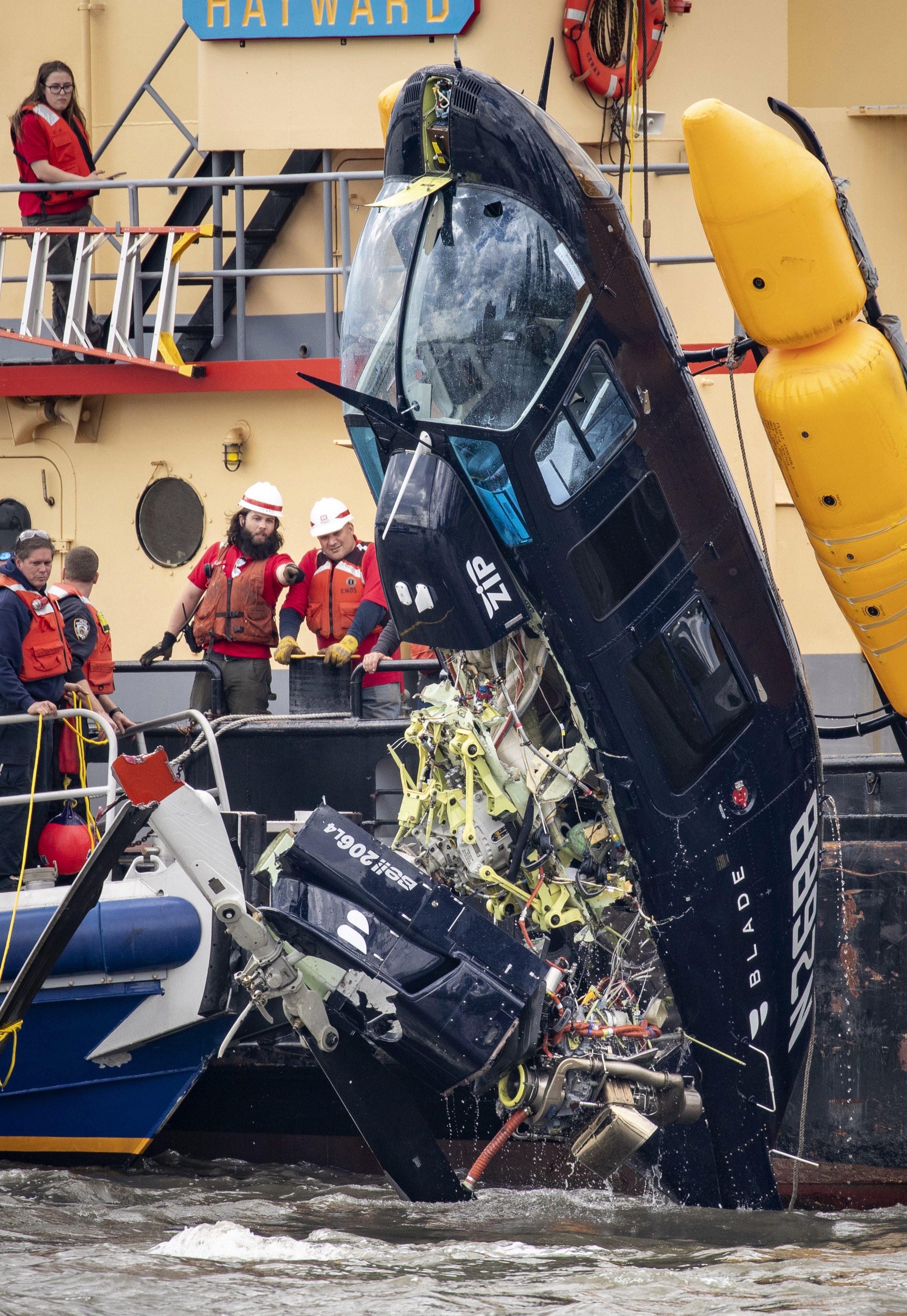 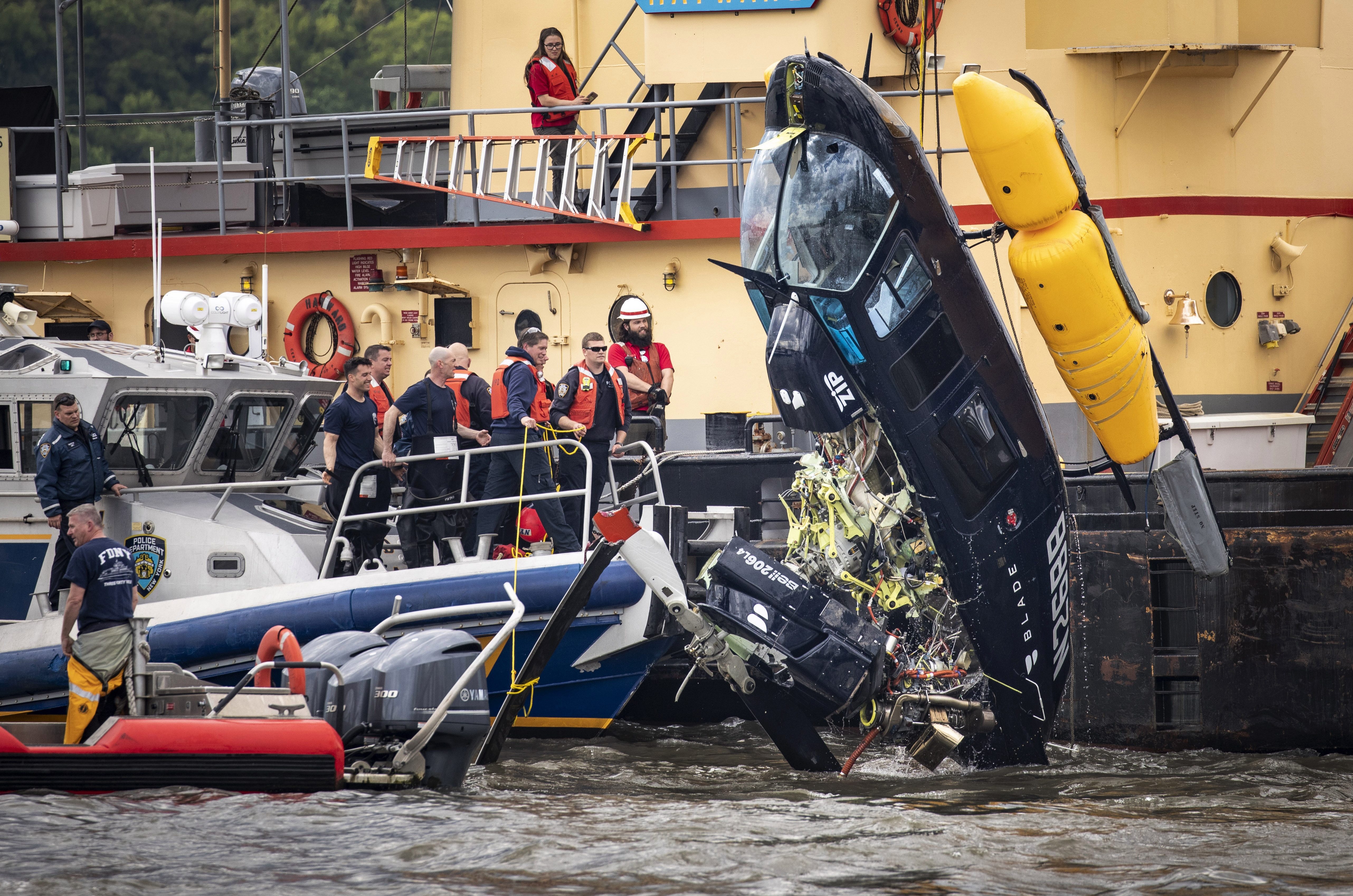 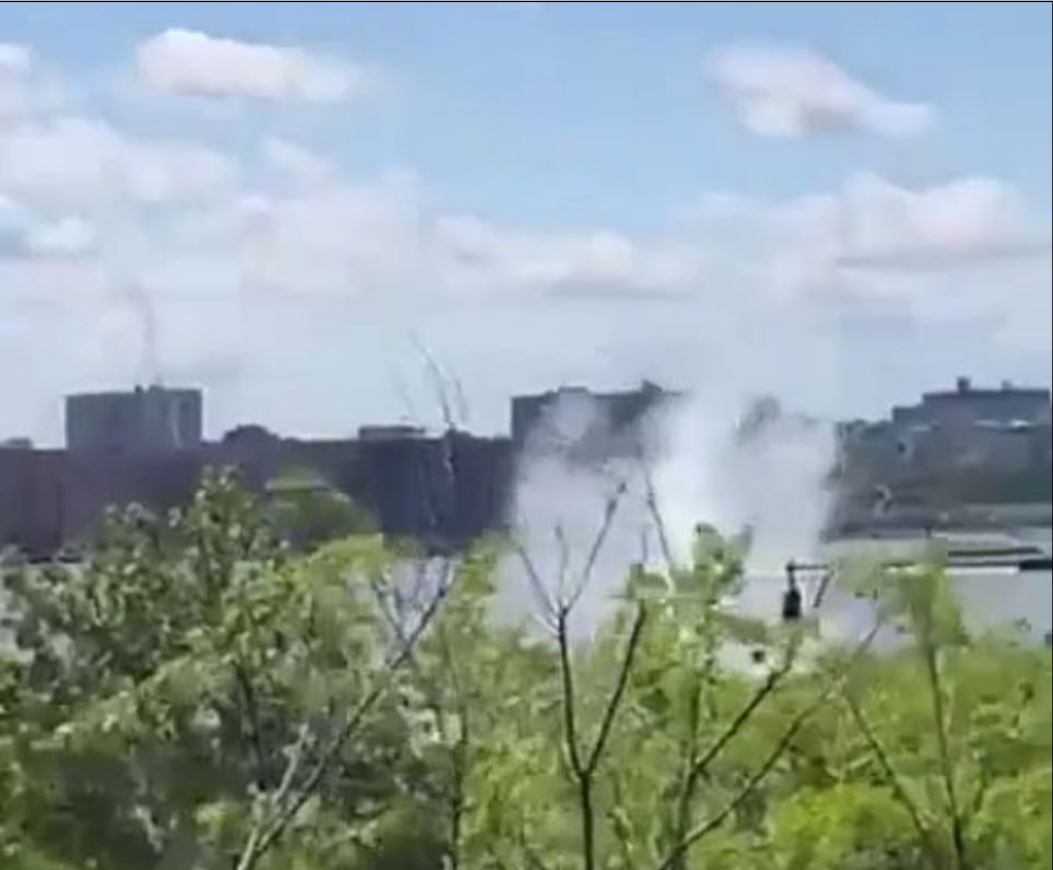 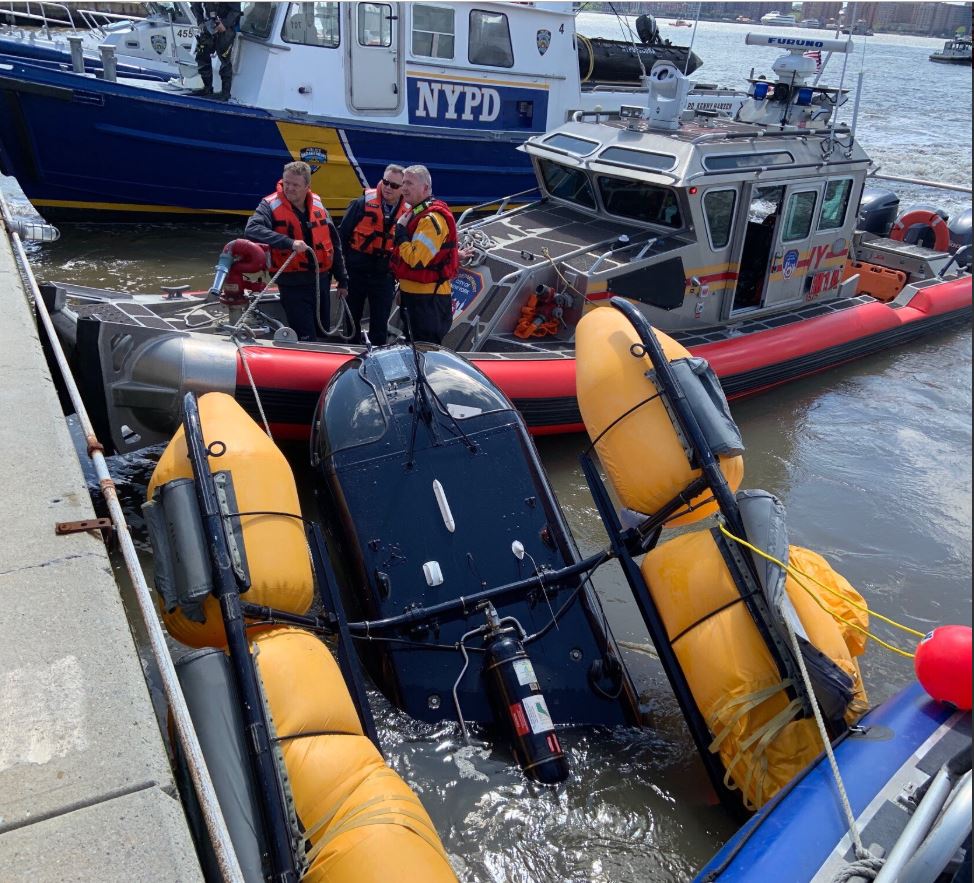 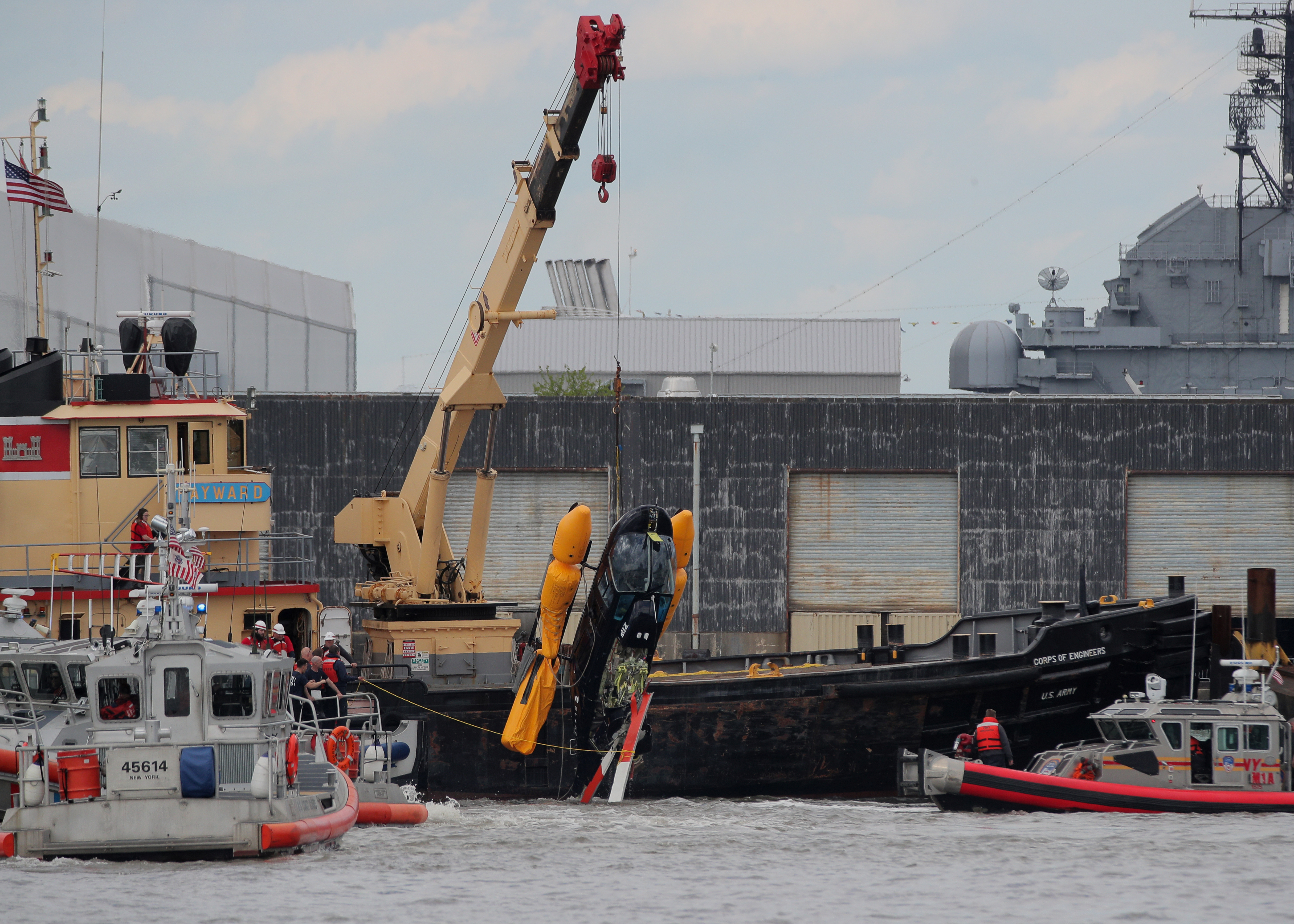 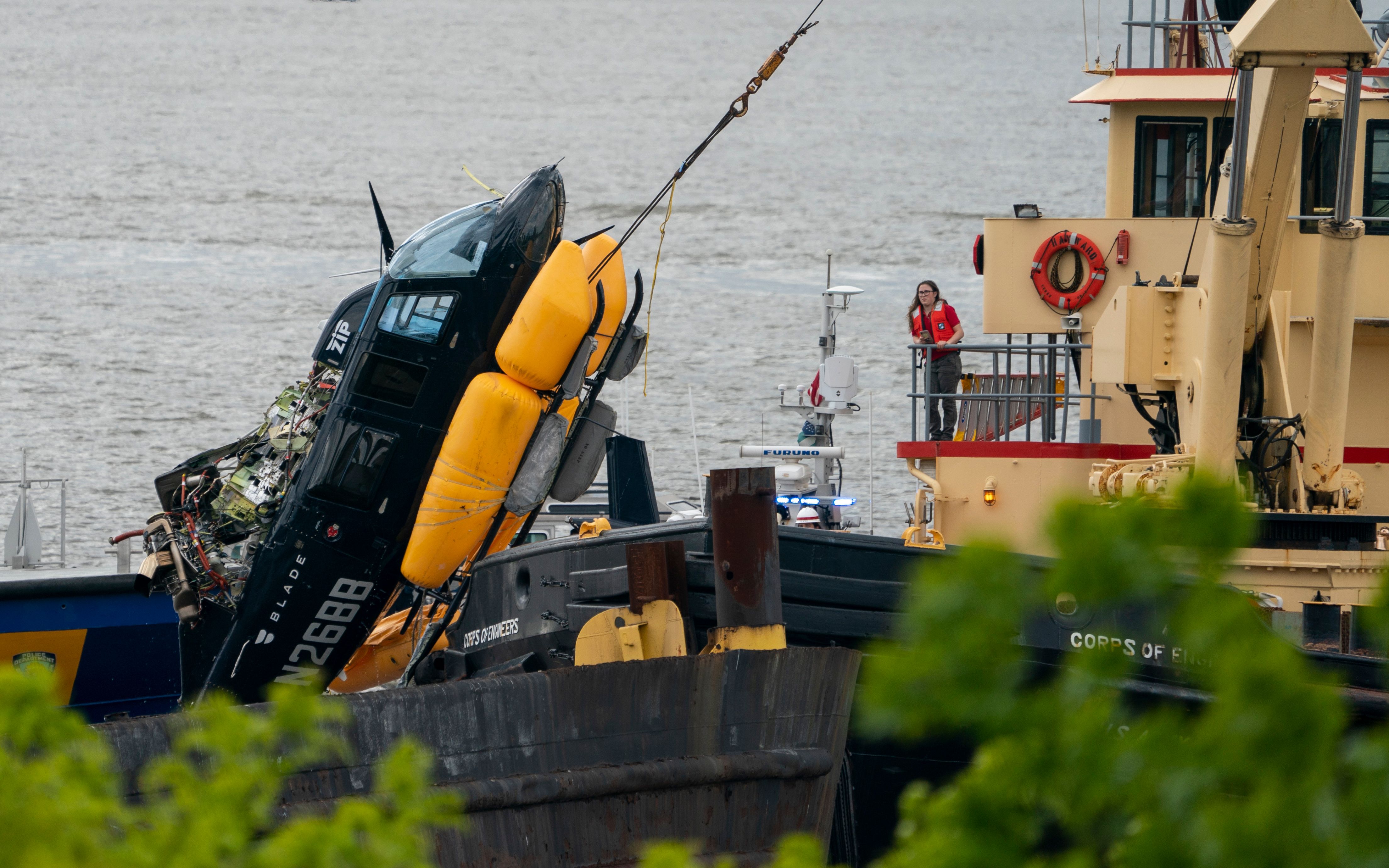