Staff at a popular inner-north pizza restaurant with a chequered business history say they are owed tens of thousands of dollars in unpaid entitlements and superannuation after the business suddenly closed.

Lazerpig Pizza Parlour is accused of underpaying multiple staff who worked for two separate corporate entities that operated the business for nine years. 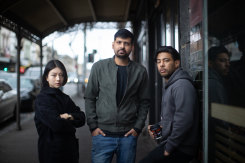 The wage regulator, the Fair Work Ombudsman, has escalated an investigation into the alleged rorting of one worker’s entitlements by the entity that owns the Lazerpig business, Drop the Bass. The Australian Tax Office is also investigating.

It’s not the first time Lazerpig has been in the news. In 2021, its co-founder and co-director Dan Zeidan was banned by the corporate watchdog over a series of business failures, including the failure of Lazerpig’s original operating entity. Those collapses racked up an unpaid creditor’s bill of $2.3 million.

Simic did not respond to multiple attempts to contact him by phone, text and email. He has also refused to respond to former staff, who have made dozens of attempts to reach him. 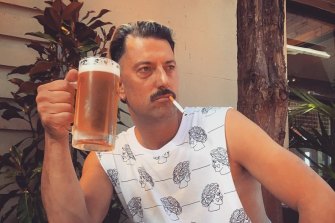 Abhijeet Thakurdas, a temporary visa holder, was a chef and supervisor at Lazerpig. When Lazerpig closed in January, Thakurdas’ job ended too. He claims he’s owed $6000 in annual leave entitlements and $5000 in unpaid superannuation.

“I feel like I’m sending emails to myself,” he said. “This is all one-sided emails I’ve been sending him. Now it’s been like four and a half months. He never texted us back, just a courtesy message he sent to us in the [WhatsApp] group that said ‘hey, guys hope you’re well, I was a bit sick. Now let’s figure out a payment plan’.” Yet the staff say they haven’t been contacted since.

Thakurdas told The Age all the staff who worked through Melbourne’s lockdowns, when Lazerpig operated as a takeaway service, were temporary visa holders.

Inseo “Scarlett” Son, an international student, accused Simic of making a sexualised comment about her body in front of other staff, reducing her to tears. The Age has seen a string of selfies Son says Simic sent to her via text message, including one in which he appears to be simulating oral sex.

Son also alleges she is owed some $5000 in superannuation by Drop the Bass. She said her payslips indicated more than $5000 had been paid to her super fund, but when she tried to tap into her retirement savings during the pandemic, there was only $200 available.

Another former kitchen worker, Gaurav “Gary” Vij, went on workers’ compensation for tennis elbow, which developed at work. He said Simic refused to believe his injuries were sustained at work and alleged Simic pocketed insurance payments that were supposed to be paid to him.

A spokeswoman for the Fair Work Ombudsman confirmed it was investigating the company that ran the popular pizza parlour.

“The Fair Work Ombudsman is conducting an investigation in relation to Drop the Bass Pty Ltd. As this matter is ongoing, it is not appropriate to comment further at this time.”

In an email seen by The Age, an inspector from the Fair Work Ombudsman told Thakurdas last month: “This matter has been escalated to the enforcement branch for investigation as a result of not being able to be resolved by my ‘Infoline’ colleagues.”

Simic’s former business partner Zeidan was last year banned by ASIC from managing companies for four years after creditors were left $2.3 million out of pocket, including the ATO, which was owed more than $1.35 million.

As part of the business sale, the new operator of Lazerpig, Drop the Bass, also assumed $233,108.82 of debts owed by the old Lazerpig business, including unpaid staff entitlements, the liquidator’s report says.

Zeidan resigned as a director of Drop the Bass in 2021 after being banned from managing companies by the corporate watchdog.

Last year, former Lazerpig front-of-house worker and bartender Arielle Richards told The Age she was fired after raising concerns about staff treatment with the venue’s owners, and had to fight for months to have superannuation entitlements paid.

The new Lazerpig on Smith Street run by Drop the Bass closed in January this year. Its Facebook page shows it was advertising for staff in March, but it appears the store never reopened.

A liquidator’s report by Nicholas Giasoumi into the entity that ran the old Lazerpig found: “I am of the opinion that the directors have breached Section 182 of the Corporations Act whereby they have transferred the assets of an entity that they control, leaving behind statutory liabilities.”

The liquidators also alleged in their report that the first Lazerpig entity had been likely trading while insolvent from 2018.

10/06/2022 World News Comments Off on ‘He never texted us back’: Lazerpig staff claim being left twice burned after business closes again
Markets