A MUSIC fan plunged from the top tier balcony of a stand during a horror fall at Harry Styles' gig in Glasgow last night.

Police say a man fell from the Club Deck into a stand below at the former One Direction star's concert in Ibrox stadium. 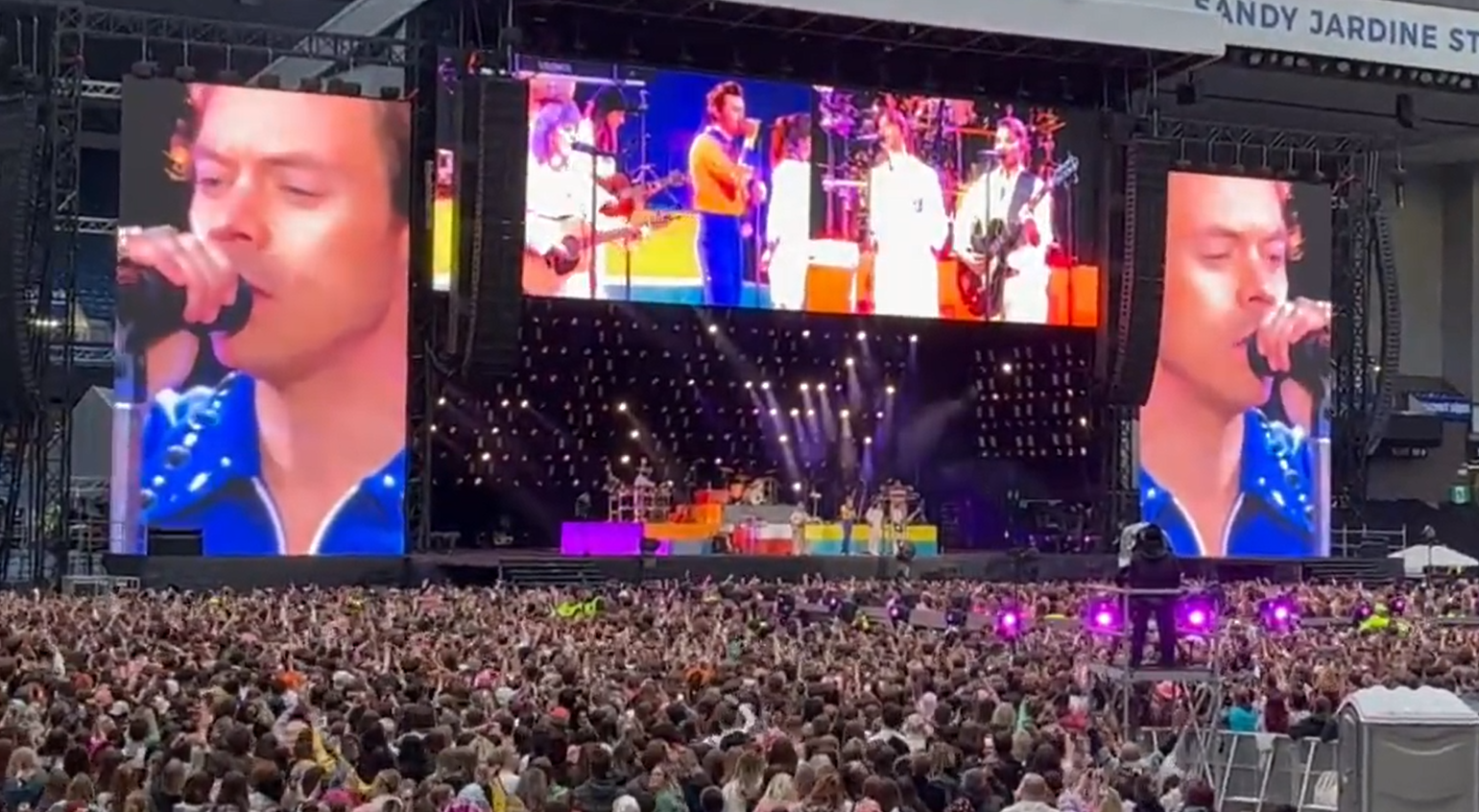 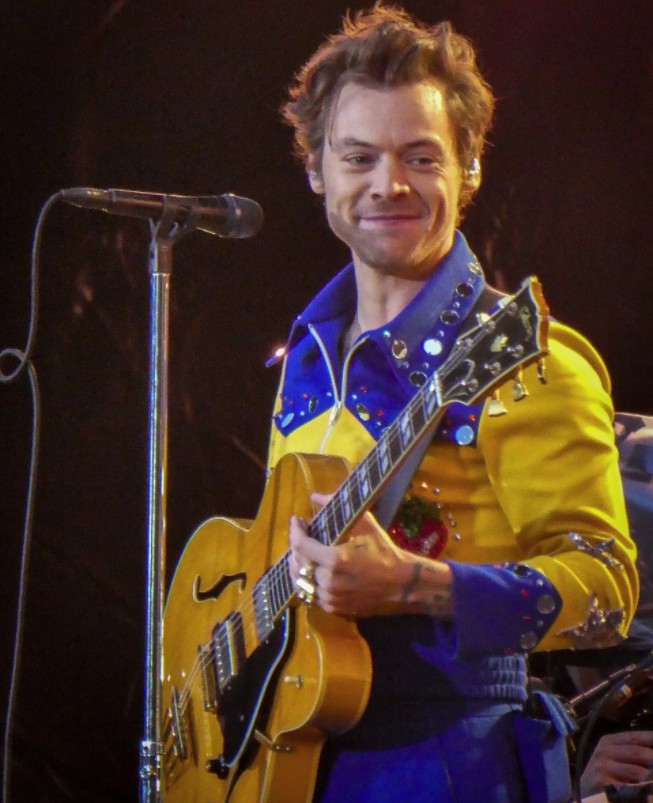 Over 50,000 music fans from around the world turned out to see the singer at Ibrox , which staged its first concert in almost two decades.

The Club Deck is the third tier of seating within the stadium's Main Stand.

It happened at around 10.15pm before the show finished, with many fans claiming online it was around the time when the singer performed his song Kiwi.

The man's current condition is not yet known.

Police and ambulance crews raced to the scene after the alarm was raised.

Officers confirmed that the man was treated by medics at the scene.

They added that there was no suspicious circumstances involved.

A Police Scotland spokesperson said: “Officers were made aware of a man falling from a club deck at a premises on Edmiston Drive, Glasgow at around 10.15pm on Saturday, 11 June, 2022.

England star booted out by partner after splashing £55k on escort

“There were no suspicious circumstances and the man was seen to by medical staff.”

Taking to Twitter, one person wrote: "Still in shock after @Harry_Styles concert @ibrox. A guy fell from the tier above onto the main stand one row in front of us.

"I had to run to main door at street level to bring help. Everyone in shock around us and so upset.  Hope guy is OK."

Another added: "Sadly we saw someone fall from the club deck at Harry Styles tonight in Glasgow. Praying they are ok".

While a third posted: "this happened literally a few rows in front of me, it was f****** awful, but they were sitting upright and on a seat as we were all leaving so hopefully they were ok".

The Scottish Ambulance Service has been approached for comment.

It comes as fans slammed the chaos ahead of the Glasgow gig as many faced hours of queuing to get into the venue. 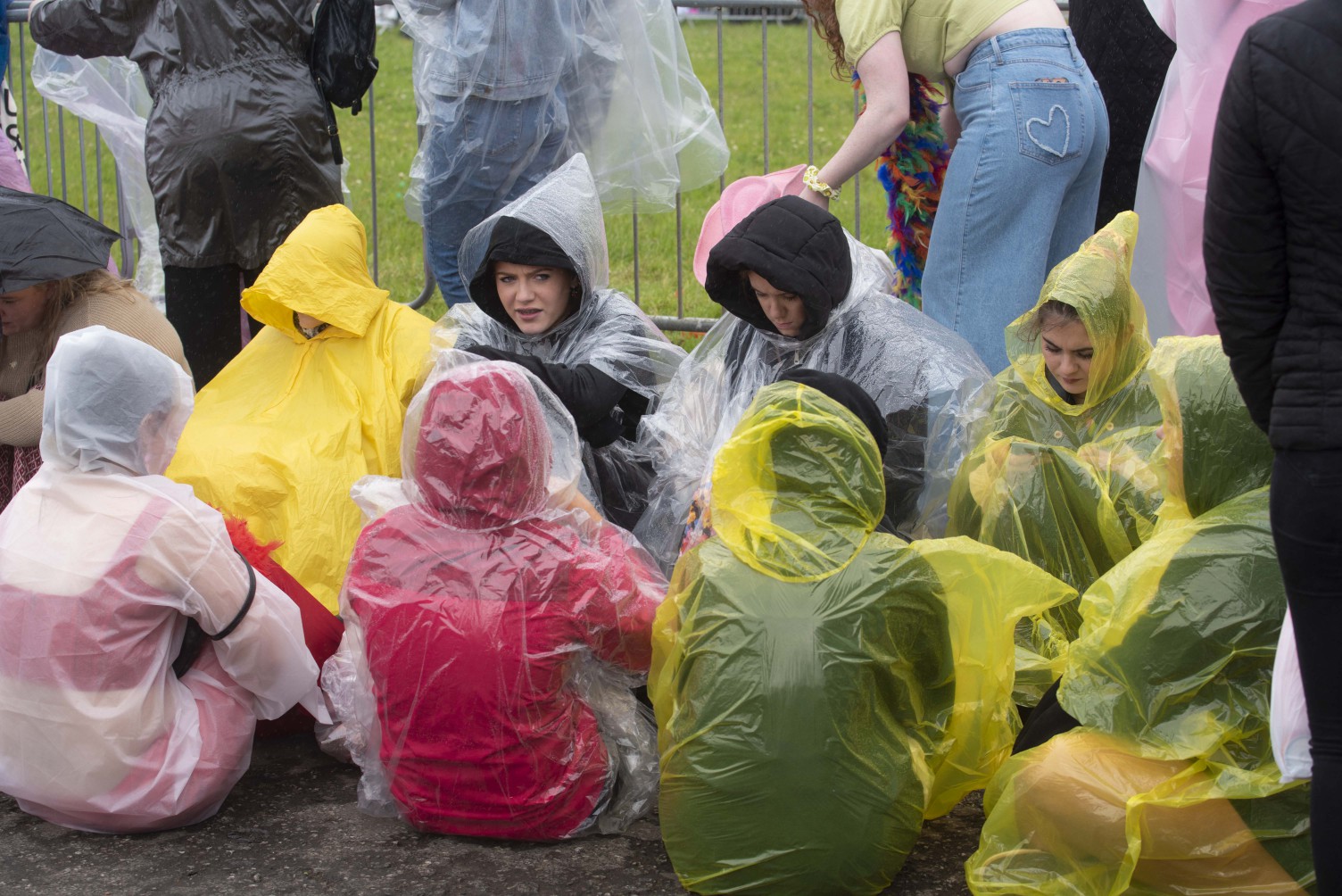 One fan blasted the process as a "shambles" on social media.

She tweeted: "Absolute shambles @ibrox for harry styles- stewards outside the station have no idea, police are arguing with the stewards, I’ve never seen queues like this in my life."

A second concert-goer slammed the gig as the "worst organised event" and claimed to have been waiting for three hours.

He wrote: "Harry styles at the ibrox is the worst organised event I’ve ever seen in my life. Almost 3 hours after doors and the queues are still 3 streets away."