Is this Harry’s last job as a senior member of the Firm? Prince makes first public appearance since Megxit – the last engagement in his diary – as he heads to Rugby League World Cup draw at Buckingham Palace

Prince Harry has arrived at Buckingham Palace for his first public event since he and Meghan sensationally quit as senior royals.

The Duke of Sussex was swept into Buckingham Palace looking at his phone before he launches the 2021 Rugby League World Cup this morning as millions watch from around the world.

He has kept a low profile since he went ‘nuclear’ and told the Queen he wants to step away from duties and emigrate with his wife and child to Canada – and went to and from the historic Sandringham summit in the back of a blacked-our Range Rover.

And depending on whether a ‘Megxit’ deal on money, titles, duties and the Sussex brand can be struck with his grandmother, it could be his swansong as a frontline royal before moving to North America.

Today he urged men suffering from mental health problems to avoid ‘grinning and bearing it’ ahead of his first major royal engagement since the bombshell last Wednesday. The rugby league event was set up before Harry ‘went nuclear’.

The Duke of Sussex made the impassioned plea for men to talk about depression just days after a crisis summit with the Queen at Sandringham in the wake of his decision to quit senior royal duties and move to North America.

In what could be his final official engagement before joining Meghan Markle and baby Archie in Canada, Harry said: ‘It is not just about being physically fit but more importantly mentally strong. 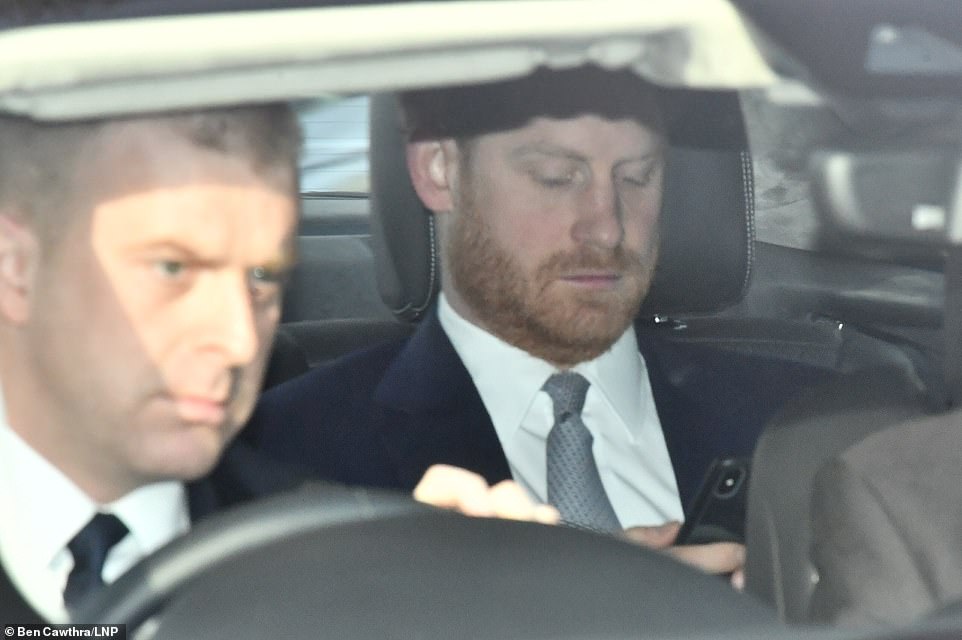 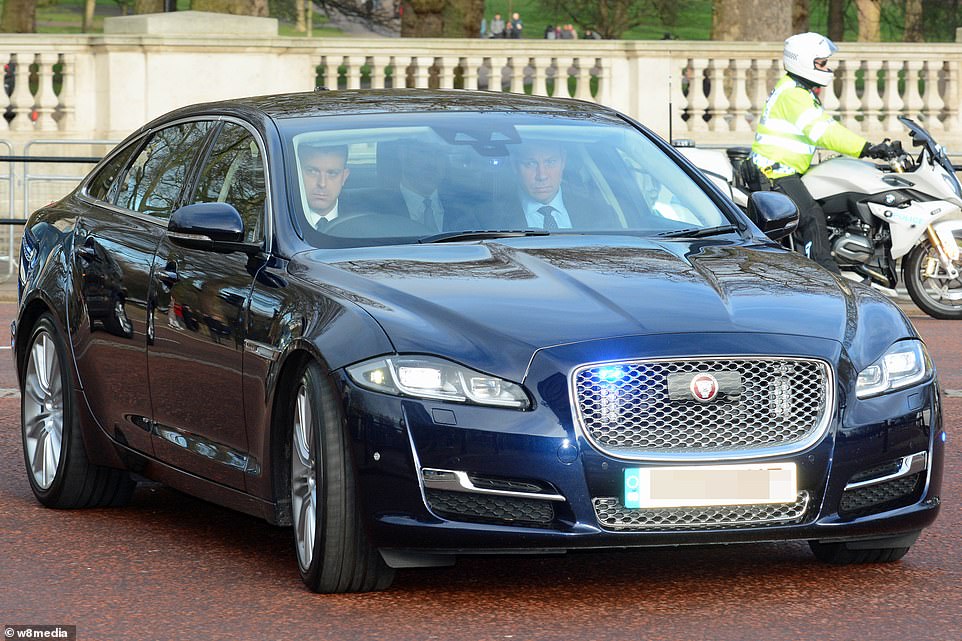 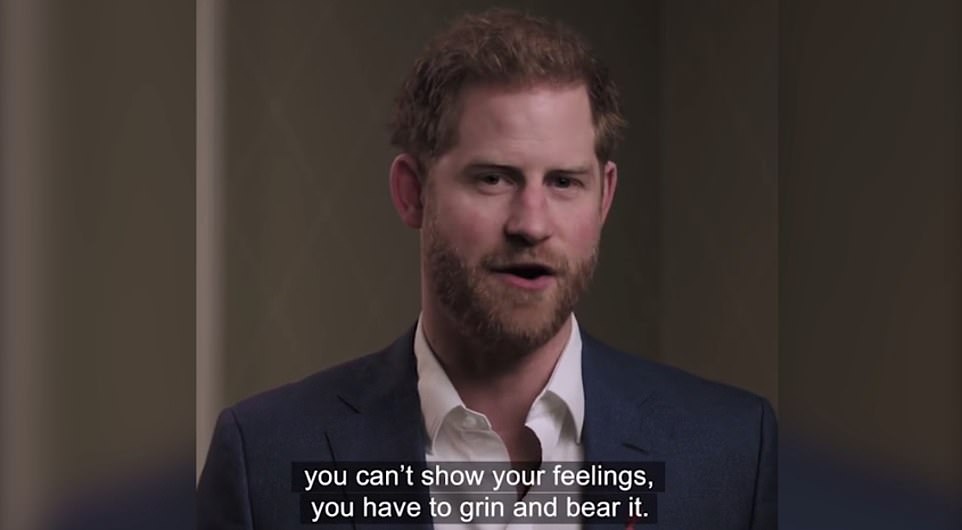 In what could be his final official engagement before joining Meghan Markle and baby Archie in Canada, Harry said: ‘It is not just about being physically fit but more importantly mentally strong’ 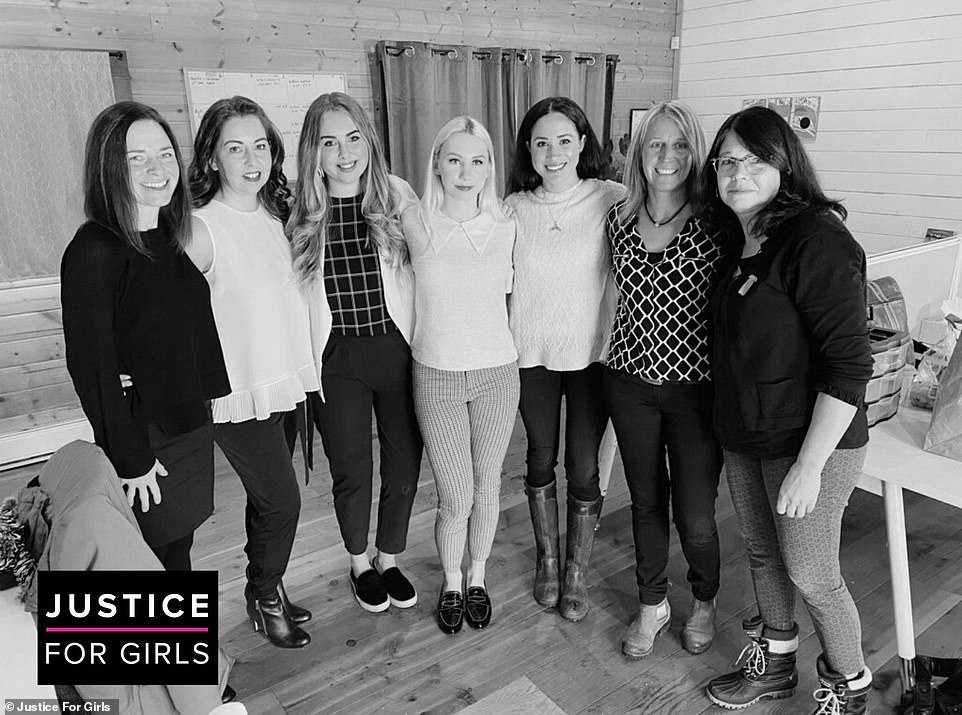 Meghan Markle visiting the Justice for Girls group in Canada yesterday, after she was previously seen visiting another women’s rights group in Vancouver

‘The perception of rugby league is that you need to be tough. You can’t show your feelings, you need to grin and bear it. 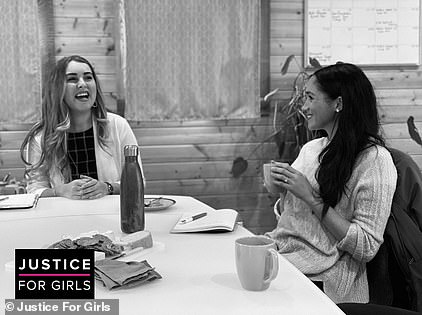 Meghan Markle has popped up again in Vancouver to support a feminist climate change group called ‘Justice for Girls’.

The Duchess of Sussex visited campaigners who said the former Suits star, who donned a cashmere sweater she wore on the show, discussed ‘issues affecting women’ including how rising global temperatures and the justice system ‘disproportionately’ hits women and girls around the world.

Her latest appearance was on Tuesday afternoon, after she visited the Downtown Eastside Women’s Center in Vancouver by sea plane having lefty Archie with his nanny at the family’s £10.7million bolthole on Vancouver Island, but was only publicised on the ‘Justice for Girls’ Twitter account last night.

Today it emerged she broke cover at the vulnerable women’s centre after a ‘mysterious’ email from a Hotmail account arrived asking if she could visit drop in. It came from Meghan’s ‘assistant’ – not a royal aide, according to the centre’s boss Kate Gibson.

‘But something like the Mental Fitness Charter will help us make real progress in getting rid of the stigma associated with mental illness,’ he said in a video message for start of a mental health initiative at the 2021 Rugby League World Cup launch.

The prince added: ‘So, I am proud to support the Rugby League World Cup 2021 Mental Fitness Charter.

‘This Charter will build on the brilliant work already happening in rugby league by committing to training and educating all those involved in the tournament, and the wider rugby league family, not only in how they can look after their own mental fitness but also support others to do the same.’

Yesterday the Duke posted an Invictus Games video to announce that the ‘story continues’ with Dusseldorf in Germany hosting his charity sports competition for wounded veterans in 2022.

Harry’s appearance followed the first sighting of Meghan since the Sandringham summit.

The Duchess, who was absent from the meeting, was seen smiling as she boarded a sea plane on Vancouver Island in Canada yesterday.

The Queen had revealed in a deeply personal statement that she had agreed for Harry and Meghan to begin a ‘new life’ as an ‘independent’ family, a move which Meghan is understood to have pushed for just 20 months after their wedding.

Prince Harry is expected to remain in the UK into early next week to hammer out the details of this unprecedented arrangement before heading back to join Meghan and Archie in Canada where they have been staying at the £10.7 million mansion where the family spent Christmas.

The Queen is said to have pressed for her officials find a solution to this abdication crisis within days, however, royal experts say it will take far longer.

The Queen had written in her statement: ‘These are complex matters for my family to resolve, and there is some more work to be done, but I have asked for final decisions to be reached in the coming days.’

The extraordinary meeting convened by the Queen was attended by Prince Charles and Prince William, while Meghan was in Canada with Archie.

There was speculation she had been barred from dialling in on the meeting from Vancouver for security reasons, however Palace sources have said the Sussexes decided themselves ‘it wasn’t necessary for the duchess to join.’

Following the summit, Buckingham Palace confirmed that the Sussexes were to have a ‘transition period’ and split their time between the UK and Canada.

It is not clear how long this period will last, not least because of the complexities involved in their living ‘independent’ of the public purse.

The security bill alone for the Sussexes is estimated at around £1million per annum, meanwhile Harry is thought to draw a salary somewhere in the region of £2.3million each year from his father’s estate, the Duchy of Cornwall.

It also emerged yesterday that Meghan’s father could be a ‘star witness’ when the Duchess takes on Associated Newspapers, the publisher of the Mail on Sunday, at the High Court. 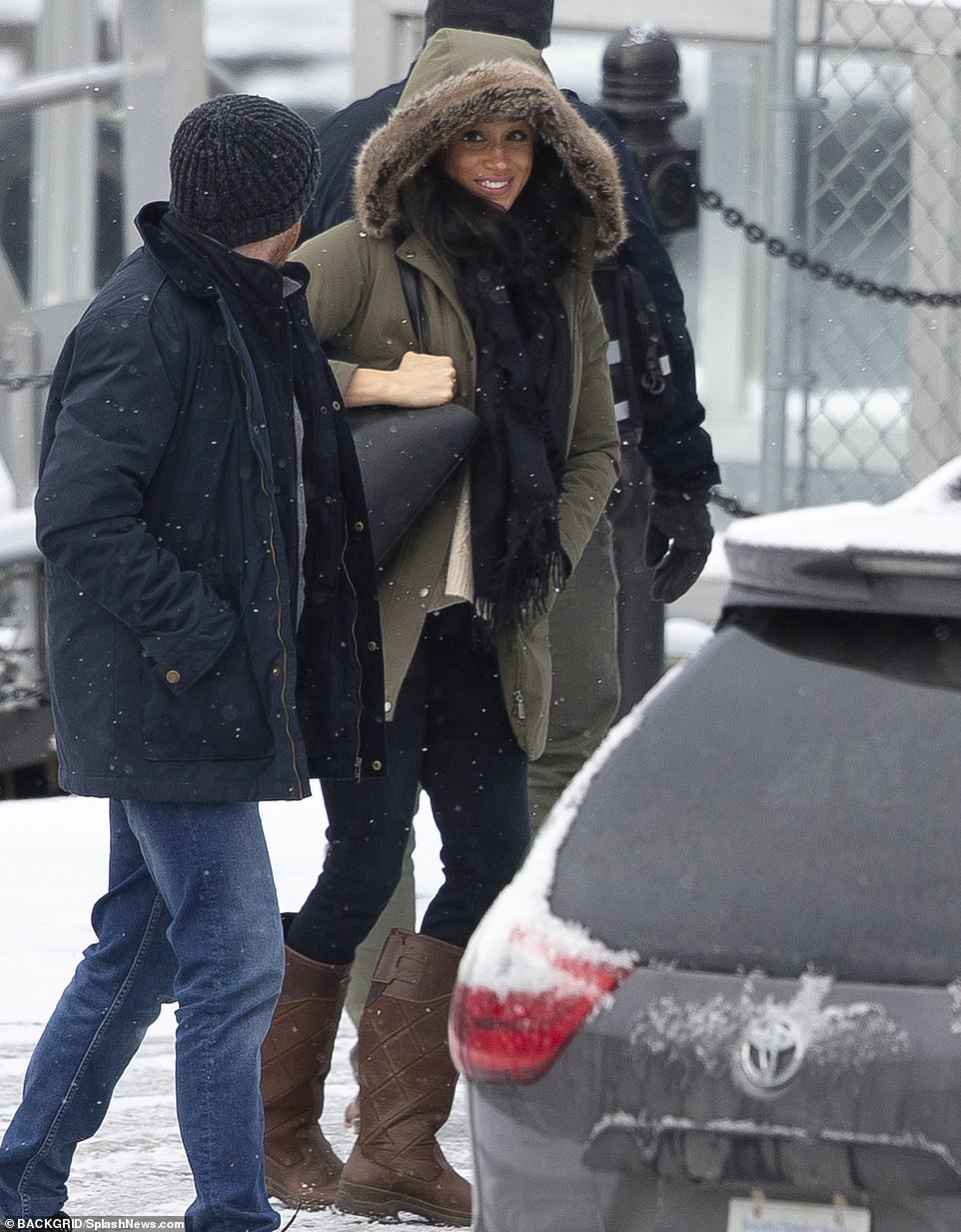 Meghan is seen for the first time since ‘Megxit’ in Vancouver on Tuesday boarding a sea plane. There was speculation Meghan was barred from dialling in on Monday’s Sandringham summit for security reasons, however Palace sources have said the Sussexes thought ‘it wasn’t necessary for the duchess to join’ 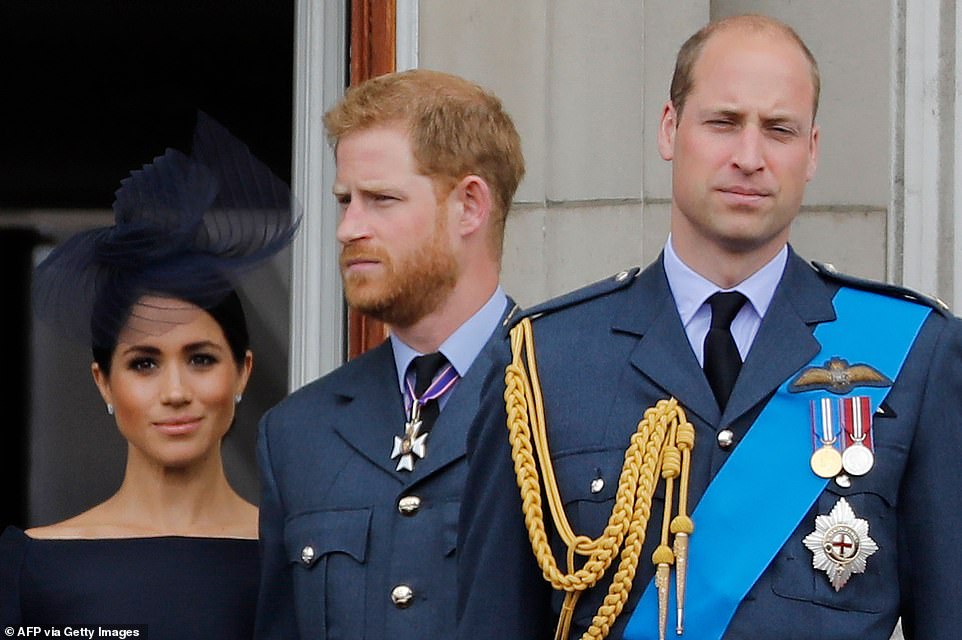 Ahead of the Sandringham summit it was reported that Prince Harry and his wife had felt ‘bullied’ by Prince William, a claim which was strenuously denied by the brothers in a joint statement (pictured: the Sussexes and the Duke of Cambridge at Buckingham Palace in 2018)