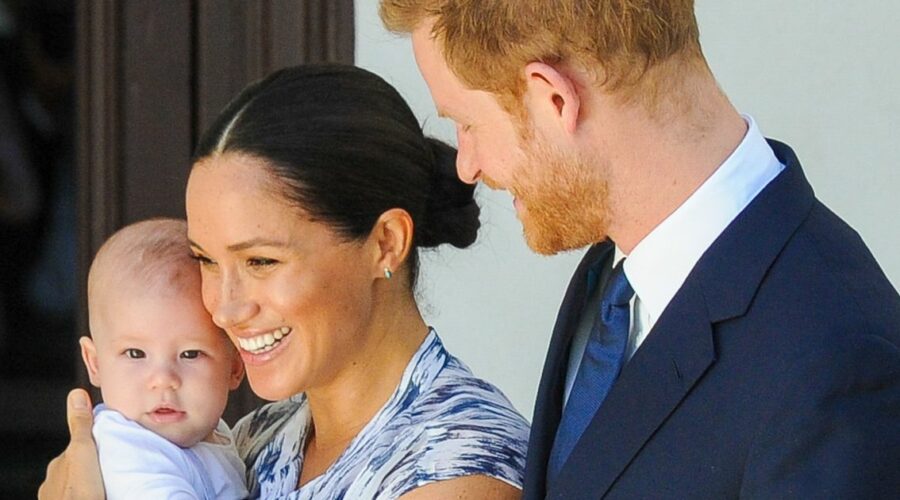 Prince Harry and Meghan Markle introduced their newborn Lilibet Diana Mountbatten-Windsor to Her Majesty the Queen via a video call after the tot returned from hospital, it has been reported.

The Duke and Duchess of Sussex were said to be "very excited" about virtually introducing Lilibet to her great grandmother, 95, who she was partly named after.

"They were very excited and couldn't wait to share that their daughter arrived," a source told People.

Harry and Meghan named their daughter in tribute to both the Queen – who was called Lilibet by her close family – and the late Princess Diana, who was killed in a car crash in 1997.

The decision to name their second baby Lilibet, which was Prince Philip's intimate nickname for the Queen, has sparked controversy in some circles.

Angela Levin, a royal biographer and fierce critic of the Sussexes, said it was "rude and demeaning".

But a spokesperson for Meghan and Harry have said they consulted Her Majesty before deciding on the name and she was fully supportive.

The spokesperson said: "The Duke spoke with his family in advance of the announcement – in fact his grandmother was the first family member he called.

"During that conversation, he shared their hope of naming their daughter Lilibet in her honour. Had she not been supportive, they would not have used the name."

While the Queen may have been one of the first people to see baby Lilibet, it seems as though the Duke of Sussex hasn't video called his older brother Prince William, 38, or his 39-year-old wife Kate Middleton to introduce them to their new niece.

At the G7 summit in Cornwall on 11 June, a reporter asked the Duke and Duchess of Cambridge whether they'd had a chance to meet Lilibet, to which Kate responded they "wish her all the very best," but have yet to meet her.

Asked if they'd FaceTimed, she simply responded: “No, I haven’t.”