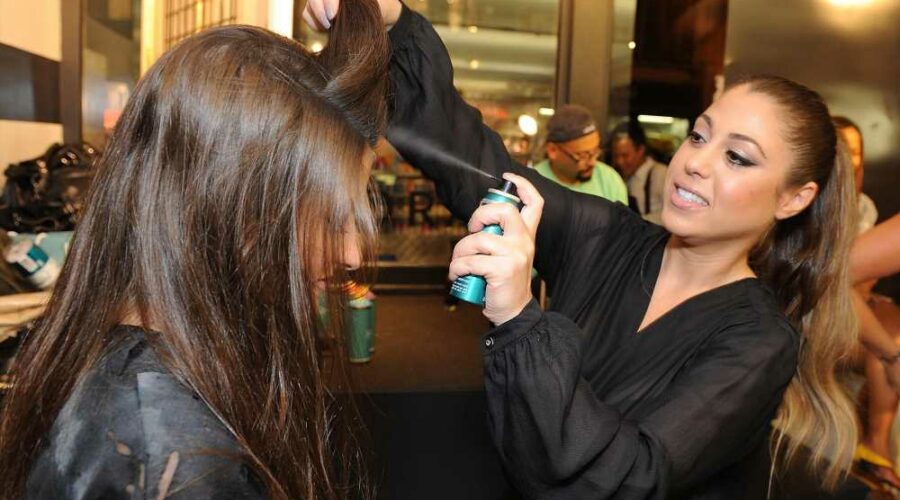 Supermodel Grace Elizabeth sues Revlon over use of her image

CUNY to pay more than $1 million to settle discrimination lawsuits

A top colorist at an Upper East Side hair salon that tends to the tresses of celebs like Jennifer Lopez, Martha Stewart and Britney Spears was allegedly so abusive to an underling, clients often pulled her aside to ask if she was ok, according to a lawsuit.

Taylor Morales, 22, claims she endured sexual harassment and bullying from high profile supervisor Michael “Adrian” Wallace, a master colorist at Rita Hazan Salon who would touch her inappropriately in front of customers, slam his fists on the counter at her and throw things when he thought she made a mistake, she charges in court papers.

“I had clients pull me aside and ask if I was OK,” she told The Post.

Morales started as an assistant in December 2018, and also alleges in the litigation the salon stiffed her paychecks and was dangerously lax in pandemic protocols.

Wallace, a married father of one, allegedly touched Morales so much in front of clients and colleagues it left them “whispering to one another,” according to the suit.

“He would touch my arms, lower back, thighs, and constantly massage my shoulders,” she told The Post, adding that onlookers were repulsed. “It felt uncomfortable to see them talk amongst themselves about it. I was humiliated and walked away.”

He texted Morales sexually suggestive messages at night, and told her she had “daddy issues” because of her older boyfriend, she charges in the legal filing.

But Hazan, who charges $650 and up for highlights and regularly posts photos of Beyonce and Jessica Simpson on her Instagram page, took no action, Morales claims, even though she knew of the complaints.

To make matters worse, Hazan allegedly “retroactively doctored records,” denying Morales, who made $15-an-hour plus tips, rightful overtime, and shortchanging her “thousands of hours,” in violation of state and federal wage and hour laws, Morales claims in the lawsuit.

Morales, who is seeking $1 million in damages, claims she was fired for complaining about Wallace and the salon’s failure to alert staff about a COVID-19 positive worker.

Her lawyer, Brad Gerstman, said, “It’s sad when a young lady sets off into the working world and lands her dream job only to later find out she’s actually living out a nightmare. She faced ongoing behavior that sexualized her in the workplace and made her work life a misery.”

Howard Rubin, a lawyer for the salon, called the allegations “baseless,” insisting the business had proper COVID protocols and properly paid out overtime, and “rejects the claim that there was any harassment of Ms. Morales.”