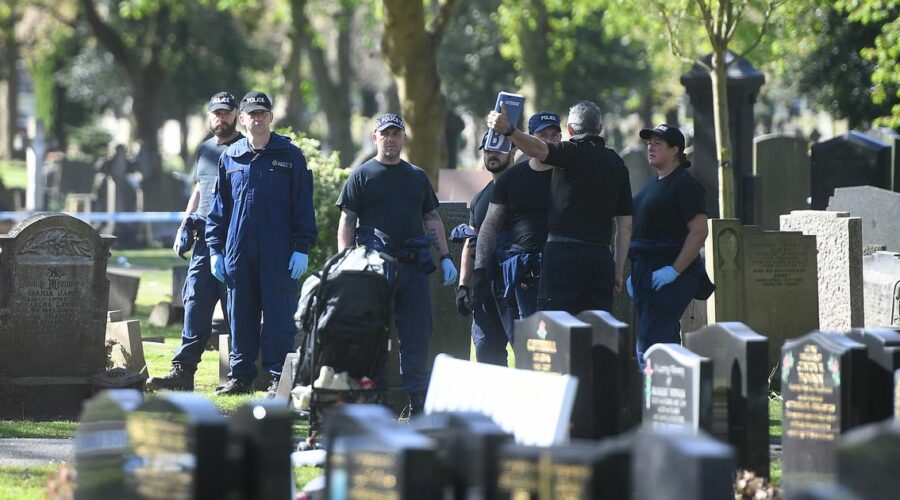 A gunman who fired shots during the funeral of a Manchester folk hero was chased down and attacked, a court has heard.

In April last year, 300 mourners gathered at Gorton Cemetery to say their goodbyes to the man who was universally known as 'Mr Ibiza', Clive Pinnock.

After the gunman entered the cemetery he fired a number of shots at a group of men but was chased down, and then attacked with a bottle and a knife, the court was told.

Two weeks before the funeral Clive Pinnock, 38, was killed when a green Kawasaki motorbike he was riding collided with a black BMW on April 8 last year.

The court was told police made the decision to ignore Covid rules about large gatherings so the 300-strong group of mourners could pay respects at the funeral.

It was heard an "impromptu wake" broke out afterward on the grounds of the cemetery where music played and people were "drinking and socialising".

Prosecutor Charlotte Crangle said: "At around 6.45pm a male was seen to enter the cemetery, he produced a handgun and began to fire shots towards a group of males.

"He was chased out of the cemetery by the males and assaulted.

"By the time police arrived he was found on the floor bleeding from a wound to his face."

It was revealed in court that no one was injured by the gunshots but Mohammed Umar was taken to hospital with serious facial injuries and bruising.

Despite CCTV footage showing Umar in possession of the handgun, at the scene no firearm was found, the court heard.

However several 9mm bullet casings were recovered in the area near Mr Pinnock's grave.

A silver gun that matched the casings was found five days later in a bin after an anonymous tip-off, it was designed to fire blank cartridges but had been modified to enable it to fire live ammunition, it was revealed in the hearing.

Umar, of Broadlea Road, Burnage, gave a no comment interview and gave "little information" to his own legal team beyond his guilty pleas to possession of a firearm with intent to cause fear of violence and possession of ammunition.

The court heard Umar claimed he was acting under 'pressure' from others but he gave no further details and insisted his intention was always to fire 'into the sky'.

His lawyer John Ryder QC said Umar had no history suggesting he had "gang affiliation" and was from a "thoroughly respectable family".

Clive Pinnock grew up on the Anson estate in Longsight and was a popular figure in the clubland scene in both Manchester and Ibiza.

He said there "may have been a degree of coercion" involved in Umar's actions but added that he remains 'skeptical' due to the evidence of planning.