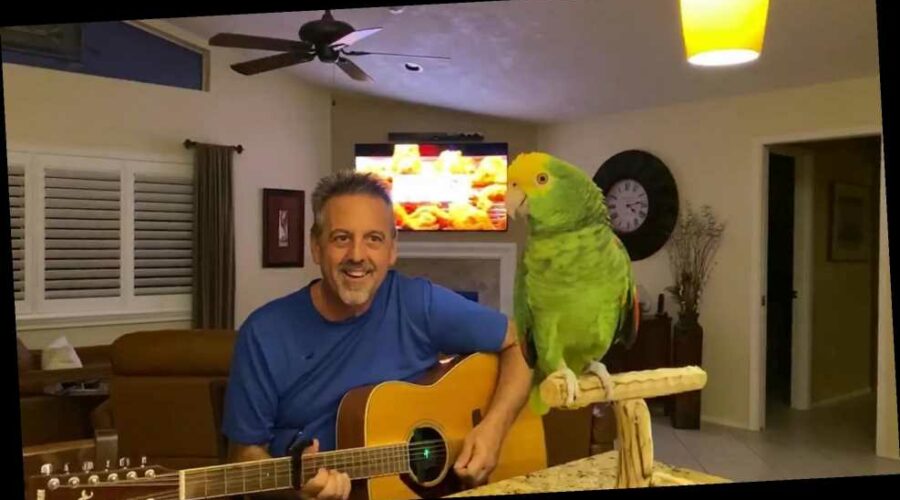 A GUITARIST found an unusual bandmate after training his pet parrot to sing along to Led Zeppelin, the Beatles and Bon Jovi during the coronavirus lockdown.

Frank Maglio Jr, 55, only discovered his 20-year-old double yellow-headed parrot, Tico, could perfectly carry a tune at the beginning of the lockdown. 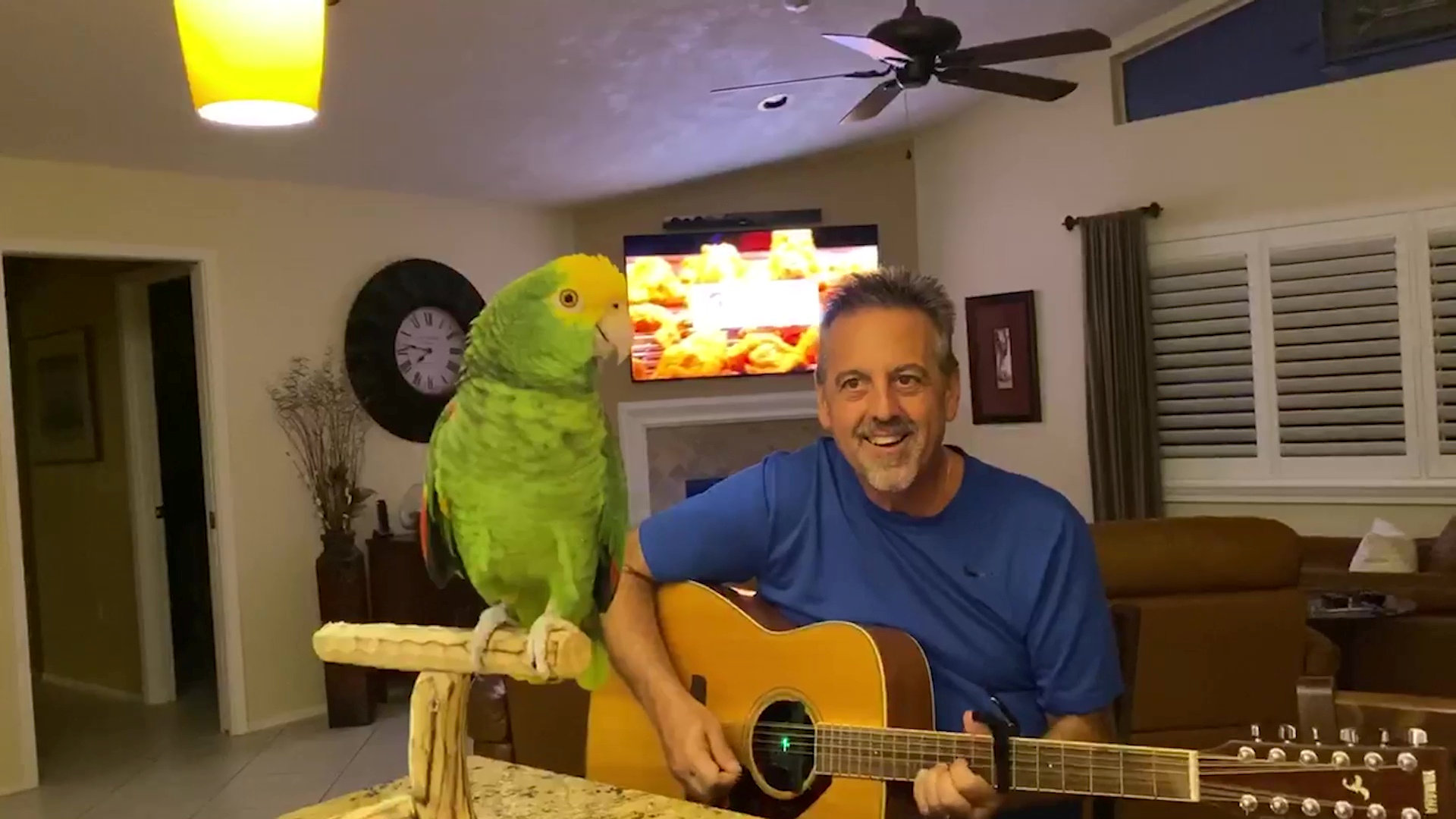 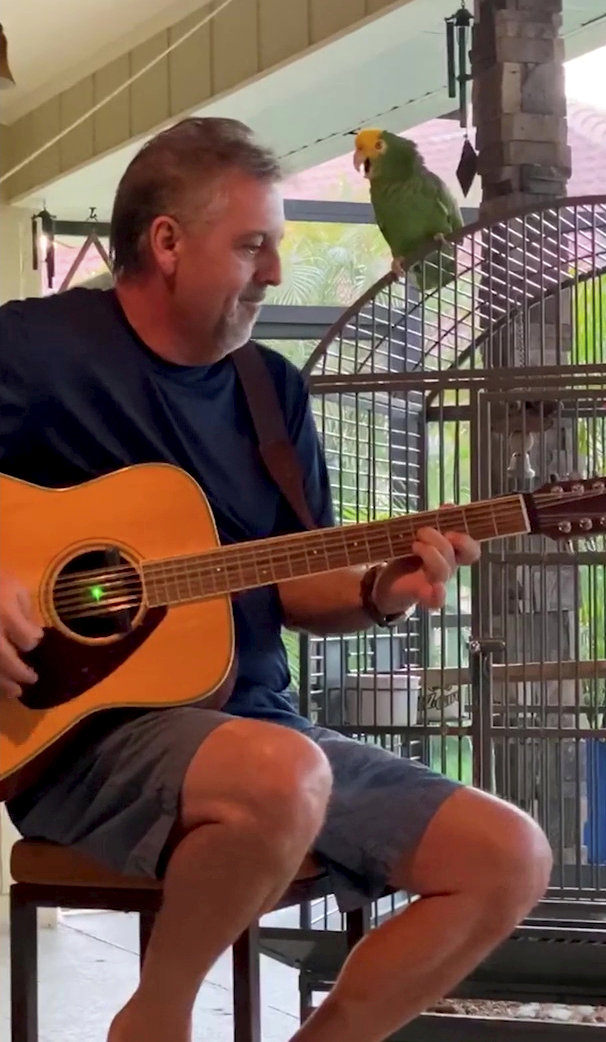 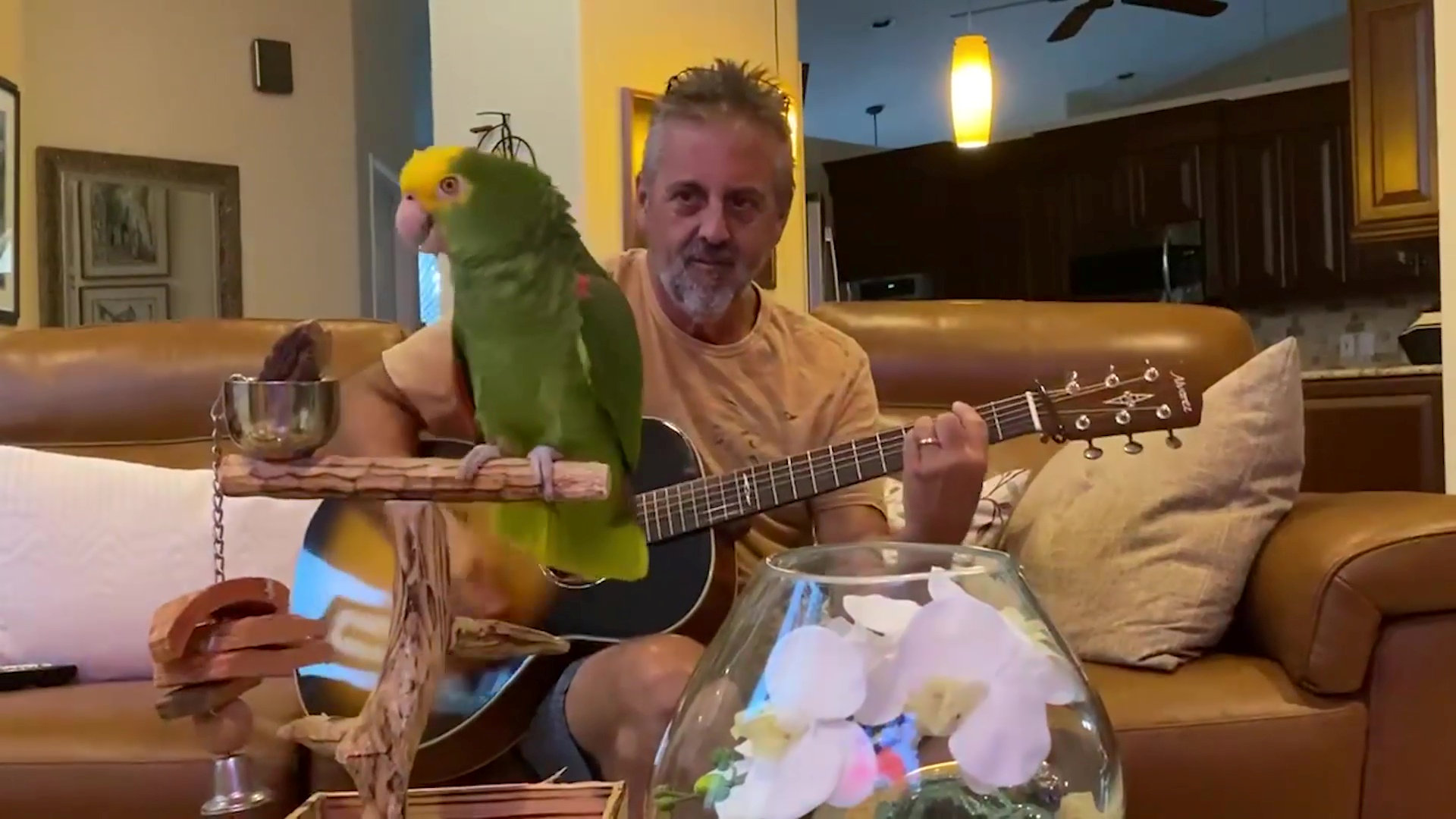 The unconventional duo have now recorded dozens of cover songs including "Here Comes the Sun" and "Wanted Dead or Alive".

Maglio has also performed tracks by rock bands such as Led Zeppelin and the Eagles with his melodious bandmate.

The music marketing and distribution rep from Florida said he doesn't worry about rehearsing the tunes with Tico before hitting record.

"I'm in the music equipment side of the industry, so I know how to play a lot of different songs," he said.

"It's amazing that he stays in tune, but he sort of does the same thing during each song. He can't sing the words."

Maglio started recording with Tico to bring joy to people dealing with the coronavirus lockdown measures.

"The pandemic has been a dark time, and I'm always getting thank you's from people who like my videos," he said. 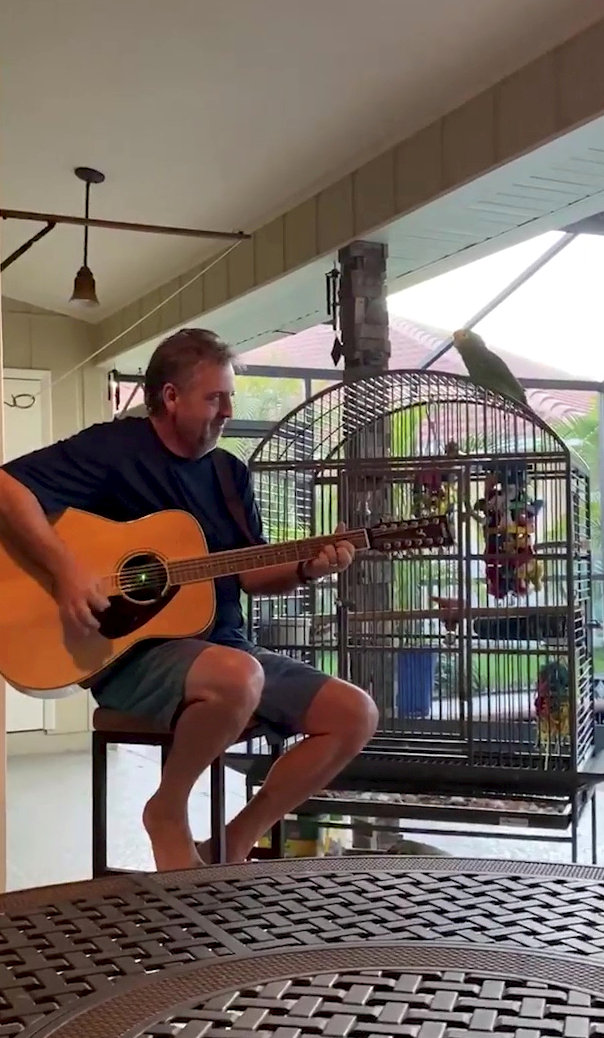 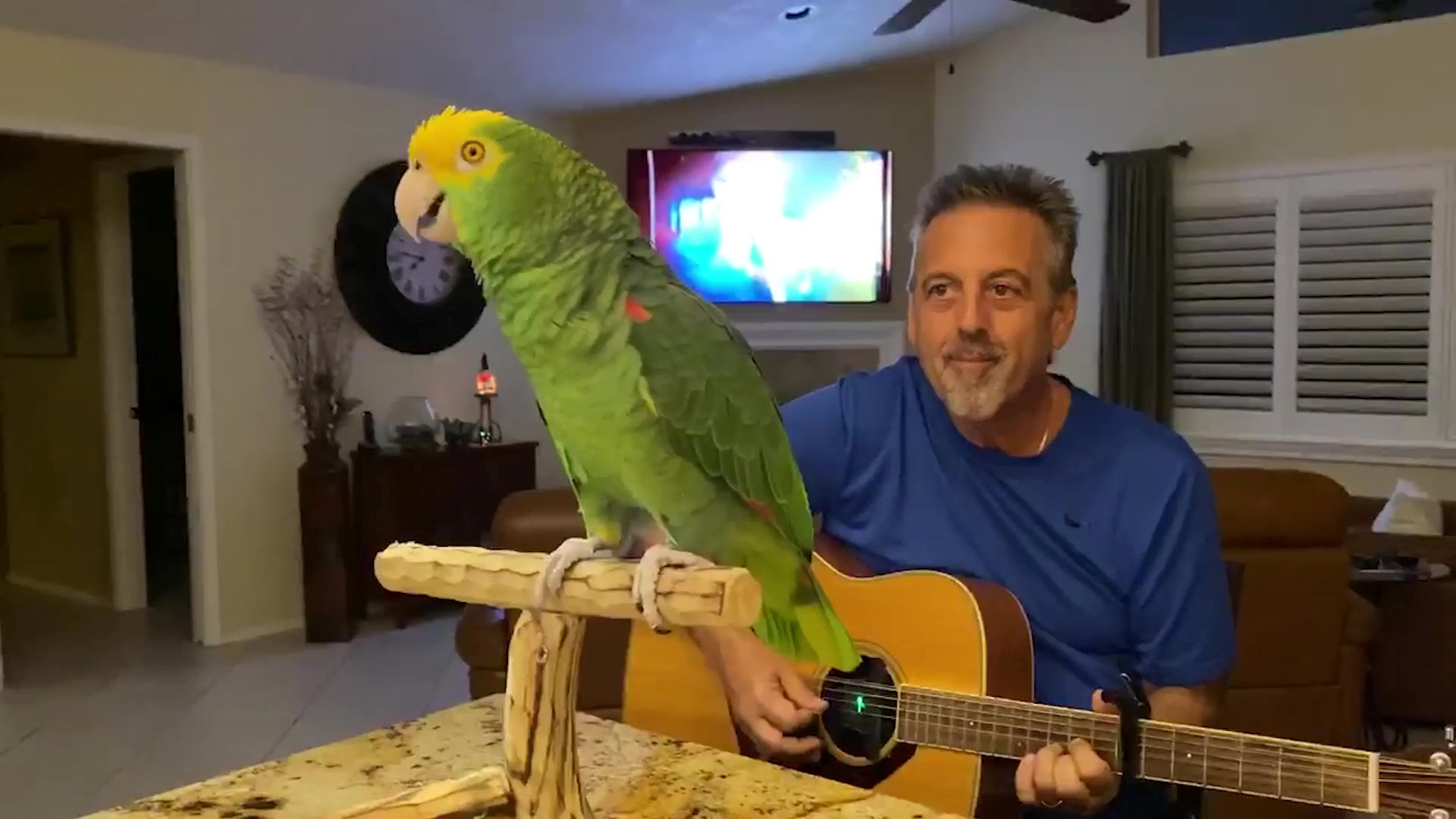 Maglio and his musical bird have been pals since 2003.

Tico has a cage, but Maglio said his beloved pet is always free to roam and fly around the house.

"Tico is a really happy bird. He has a lot of freedom," he said.

"He's comfortable in his cage, but we do not clip his wings. He can take flight at will."

It's not the first time a parrot has suddenly acquired a new skill.

Last year, five foul-mouthed parrots had to be separated at a zoo in the UK after teaching each other how to swear.

However, they soon taught each other how to swear – and swore at visitors, as well as staff.

The parrots have since been distributed to different areas of the park so they do not "set each other off". 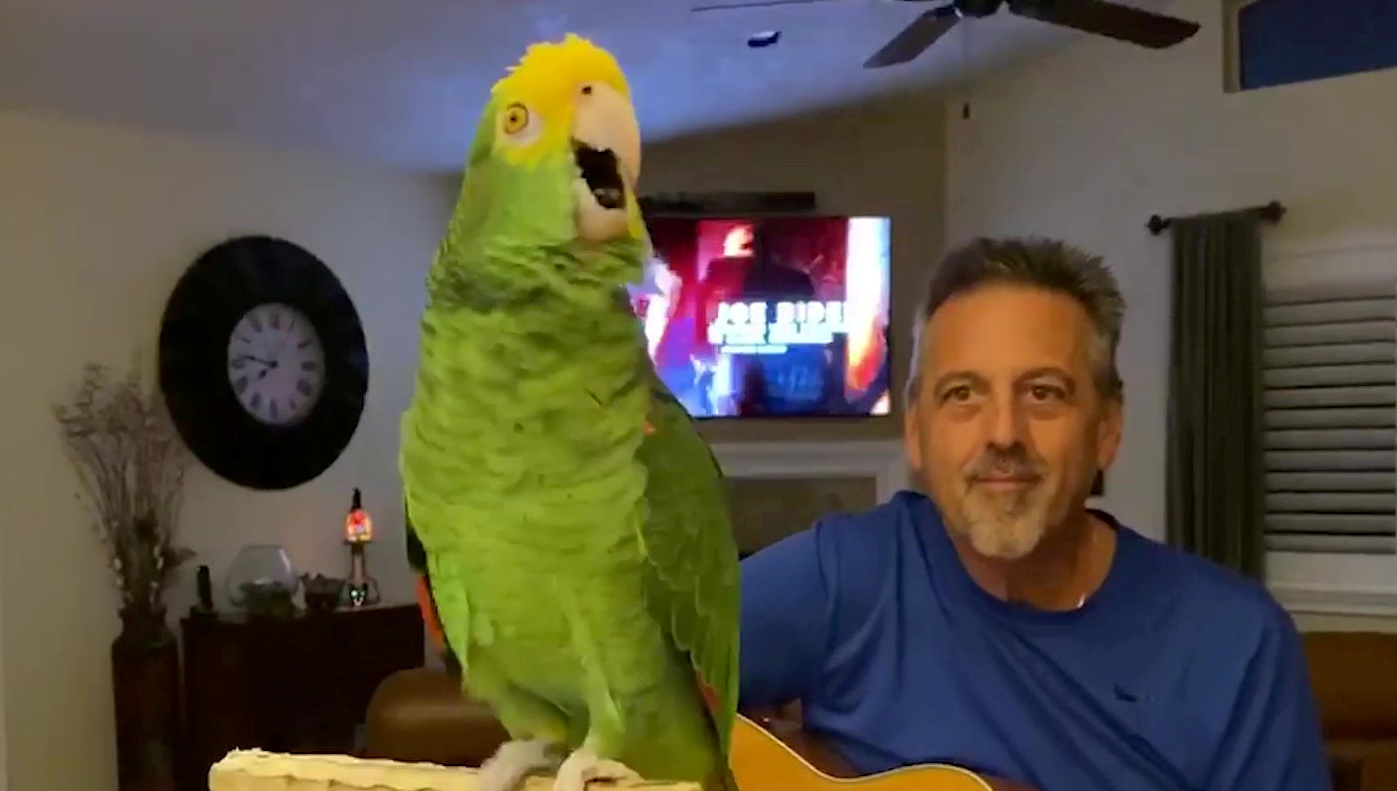 21/01/2021 World News Comments Off on Guitarist bored in lockdown trains his parrot to sing along to Led Zeppelin, Beatles and Bon Jovi
Markets