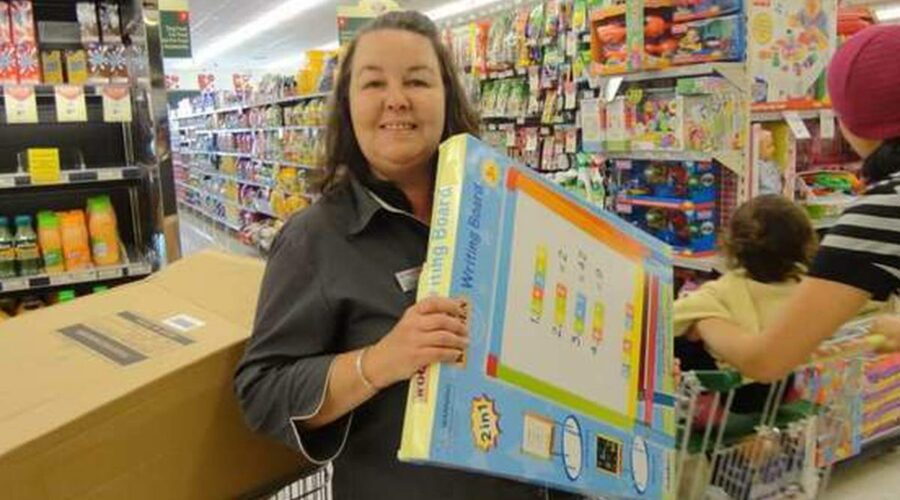 A West Coast woman killed in a crash near Greymouth has been remembered as a generous community member, beautiful mum and devoted nana.

Kathy Sexton, 56, died in a two-car crash on State Highway 7 in Arnold Valley near Greymouth on Saturday. Emergency services were called to the scene just after 6.15pm.

Kathy’s son Damian Hands said he was devastated and numb after the loss of his “beautiful mum”.

“The kind of person mum was is first and foremost a beautiful mum and very caring, very generous to other people, absolutely adored her grandchildren,” Damian said.

Kathy – who loved spoiling her four grandchildren – was awaiting the arrival of her fifth grandchild, he said.

“There’s one more that’s just about due, she won’t get to meet that one. She’d do anything for them. She’d anything for anyone.”

Damian said Kathy was returning home with her grandson and his friend with takeaways when the crash happened. The two teenagers suffered serious but non-life-threatening injuries.

Police said early investigations suggested the car Kathy was driving was hit after another vehicle crossed the centreline.

Kathy, who lived in Ngahere, about 20 minutes from Greymouth, had been a manager at the local New World for 28 years.

“[She was] just a real friendly face in the community. The customers, some of them would just stop and chat to her.”

Kathy’s daughter, Emma Hands, recalled her mother’s “laugh, humour and her kindness” as well as her love for the beach and outdoors.

“She absolutely loved the beach, loved going on little road trips. At home, she has a couple of paddocks and she did it up so there is a nice walking track through there with ferns and plants and ornaments.”

Police asked anyone who had information they believed could assist with the investigation to contact them on 105.

“Police are working to support the families of all those involved in the crash,” a police spokesperson said.

“We would like to hear from anyone who witnessed the crash, who has not yet spoken to us.”