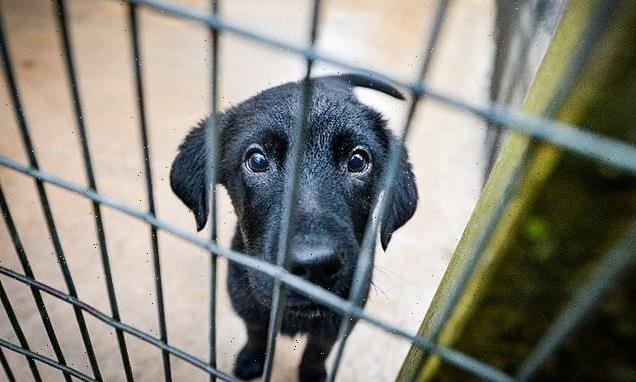 The grim trade of puppy smuggling faces a clampdown under government plans for tougher laws to protect dogs.

The proposals include raising the minimum age at which puppies can be imported from 15 weeks to six months.

The rules would also ban the importation of dogs with cropped ears or docked tails.

The practice was banned in the UK in 2006, but dogs with cropped ears are frequently seen on social media, often on the accounts of celebrities and influencers.

A ban on importing heavily pregnant dogs would be introduced under the new laws, which aim to safeguard the welfare of thousands of dogs and puppies brought to the UK each year.

More than 66,000 dogs were commercially imported last year, but evidence shows a recent rise in animals imported in low-welfare conditions and in smuggling, said the Department for Environment, Food and Rural Affairs.

The number of young puppies intercepted for not meeting the UK’s pet import rules jumped by 160 per cent from 324 in 2019 to 843 last year. 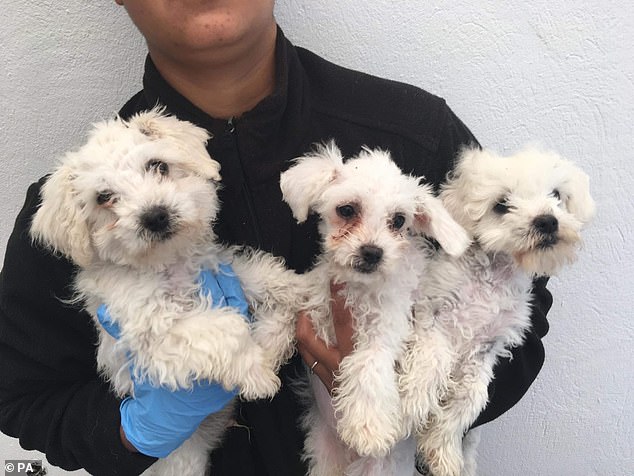 More than 66,000 dogs were commercially imported last year, but evidence shows a recent rise in animals imported in low-welfare conditions and in smuggling, said the Department for Environment, Food and Rural Affairs

Incidents of cruel treatment include six under-age puppies seized at the port of Dover after being found covered in sticky oil and suffering from diarrhoea.

They had been imported illegally from Romania, travelling in the back of a van for more than 24 hours.

Raising the minimum age for importing puppies aims to ensure they are not separated from their mothers too early, which can increase their risk of becoming ill or dying.

The RSPCA has reported a 620 per cent rise in reports of dogs found to have their ears cropped in the past five years, a painful process that involves surgically altering or removing a dog’s outer ears to make them look more aggressive.

Announcing a consultation on the proposals, animal welfare minister Lord Goldsmith, said: ‘Puppy smuggling is a grim trade, and we are determined to clamp down on it.

‘Raising the minimum import age for puppies will help protect thousands of animals and stop criminals profiting from the rise in demand for pets.’