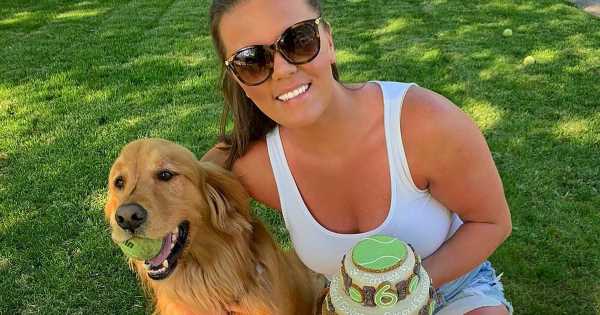 A dog has become a world record holder after he successfully managed to hold six tennis balls in his mouth.

Finley, a six-year-old golden retriever, has been officially given the title by Guinness World Records after it stood for an impressive 17 years.

The previous holder had the record of five balls but Finley, also known as Finny, managed to hold six balls last year.

The post read: “BIG NEWS! I can officially say that I am in the @guinnessworldrecords book for 2022! This of course wasn’t easy, and certainly felt like forever and a day to accomplish! Thank you to all my friends and fans who have been following my tennis ball journey since the beginning—was it worth the wait?

“I haven’t been active as much on social media lately, but don’t fret, I’m still carrying tennis balls as you can see!”

Finny enjoys putting the balls in his mouth and reportedly does it all by himself.

According to one of his owners Cherie Mollloy, Finny won’t touch the balls until all six are thrown.

Once he knows six are around, he quickly puts four in his mouth with ease but with ball five and six, he needs to use his paws to adjust.

To keep up to date with all the latest news stories, make sure you sign up to one of our newslettershere.

When all six are in, Finny furiously wags his tail in joy at his achievement.

Speaking to the Rochester Democrat and Chronicle, Cherie said: “The joy he brings to us is one thing, but he brings joy to people all over the world."

Finny had to go through Guinness World Records strict requirements regarding video submissions and witness statements.

However, with Finny being able to achieve the record so often, it was only a matter of time before he would be officially recognised.