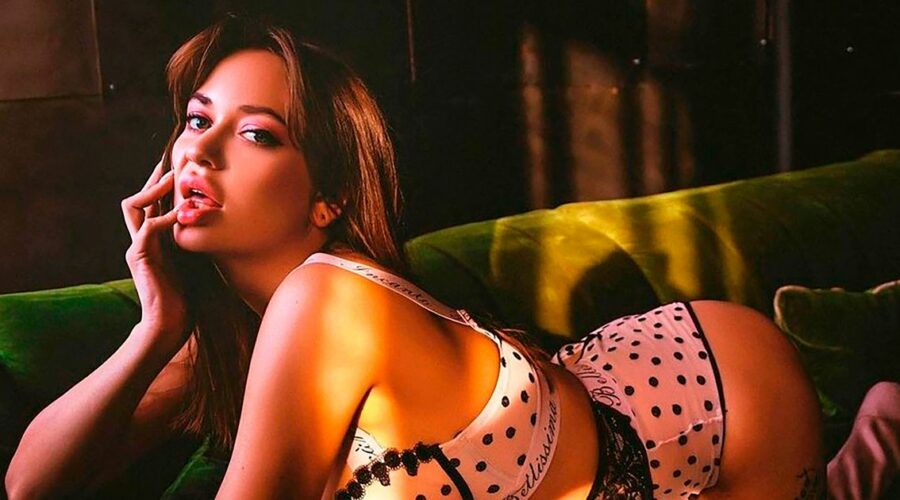 Viktoria Kashirina, 23, posted the risqué film on Instagram which showed her arriving home before she took off her coat and slowly stripped to her lingerie in a series of “provocative” poses.

In the footage, the Russian teacher could be seen touching herself, rubbing her body against the floor and lying seductively on her bed.

The jaw-dropping video has since caused an uproar with parents, but the teacher has hit back and said “It was not meant for students."

A mother of one of her Russian language and literature students said: “Please do not post such explicit videos, or close [ your social media].

“My daughter watches this and you are clearly gaining kudos – but not as a teacher.”

The newly-graduated schoolmistress said she would block the student, adding the mother should pay more attention to her daughter’s internet browsing.

She strongly denies doing anything wrong.

She told Komsomolskaya Pravda: "I have been pole dancing for several years and dreamed of making a video for a long time.

“I refused, and instead blocked both the daughter and the mother.

“But it was already too late.

“My school director wrote and demanded I remove the video as it was spreading like wildfire among the parents.”

Kashirina – who has a top diploma from Novosibirsk State Pedagogical University – said she was accused of posting “provocative content” and that the video had “gone viral among students and their parents”.

The unnamed director told her: “You have caused a storm, and we need to react.

“I myself have two children, and I understand how these parents feel.”

The teacher was informed she had displayed her “freedom of expression” in making the video, but in doing so had “stepped on our freedom”.

“This is an excellent occasion to convey to all parents the moral principles that we adhere to.”

Despite this, sources at the major online private academy School No. 1 – which offers full-time education and has become popular in the pandemic – said she was still teaching classes today.

She vowed to go to court if her sacking is confirmed, saying there were no restrictions placed on social media when she was appointed, and that the firing would interfere with her freedom and private life.