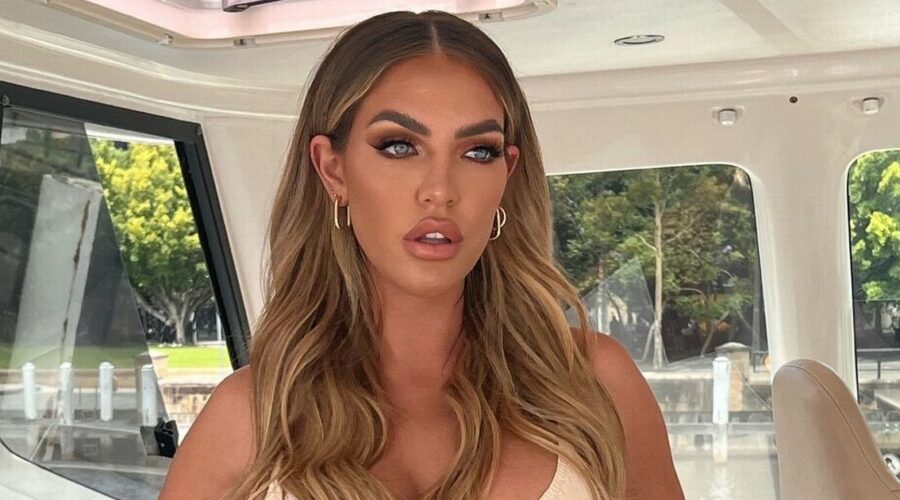 An Instagram model who calls herself "Torpedo Trish" argued she should have her community service hours cut because she feels "out of place" and excessive.

Patricia Hadjia, 28, pleaded guilty to drink driving after she crashed into three parked cars and flipped her Jeep Grand Cherokee while three times over the limit.

Hadjia was given a three-year community corrections order with 400 hours of community service, which her lawyer Eidan Havas called an "offensively excessive" sentence for the Instagram model.

The 28-year-old, who also works as a marketing manager, told the court she felt "pretty out of place" when she attended a community service induction day.

Speaking to the court, Hadjia said: "It was a bunch of men and they were, like, talking about their offences. It's very hard with the amount I've been given, looking at doing it long-term.

"There's absolutely no way I would do anything remotely like that ever again; it's been completely humiliating."

The model added that she had disappointed everyone around her and herself with her actions.

Her lawyer said that Hadjia was "willing" to finish her 400 hours of community service, but added "offensively it's too much".

Judge Ian Bourke noted she had already paid hundreds of thousands in compensation, as well as enduring "significant punishment" elsewhere, but said her actions could have resulted in serious injury or death.

Judge Bourke said: "That didn't happen here, but that was a matter of good luck more than anything."

The judge did however drop her community service hours from 400 to 250, Daily Mail reported.

The influencer had been spotted at a wedding with a champagne flute in hand just hours before the incident where Hadjia flipped her Jeep.