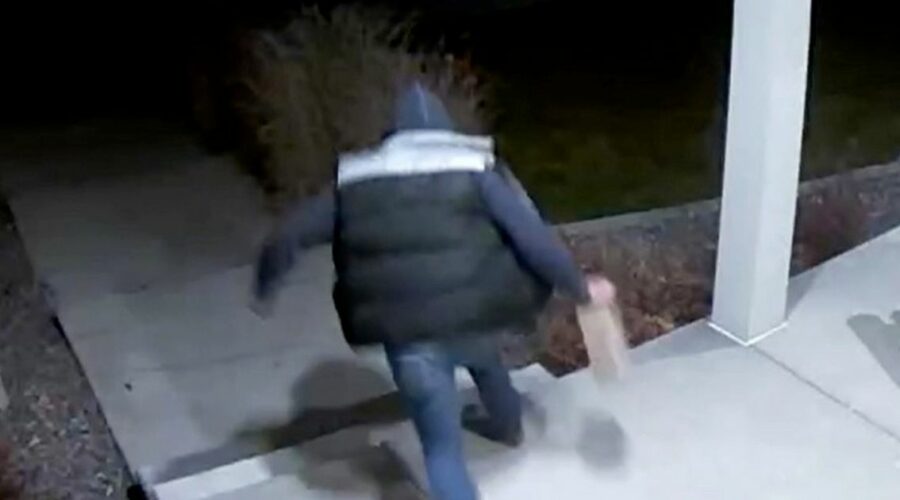 14-year-old Cody Bankhead devised the cunning plan after his dad Justin had several packages stolen from the front porch of their house in Provo in Utah, US.

“We had two packages stolen in the past week,” Justin explained.

Surveillance footage from the front of their house clearly showed masked thieves making away with packages.

Enraged at the loss of hundreds of dollars worth of deliveries, Justin offered a $500 (£377) reward for any information leading to the arrest of the thief in the clip. “I didn't care until I heard about the bounty,” the teen said.

Cody then constructed his own package, placing it outside the front door with an activated GPS tracker inside.

On Monday this week the plan came together, with the surveillance camera capturing the moment when a man drove up to the house, sprinted to the front door, grabbed the trap box and sped away, unaware of what was inside.

Delighted by the prospect of a cash prize, Cody immediately told his dad.

The pair then pulled up the tracking device's location and got in contact with the police, who quickly swooped in and made the arrest.

Justin said: “I don't think he had any clue that he had this coming.

"Everyone has these frustrations of these guys running around in neighbourhoods having a free-for-all.

“If you're going out there, you are going to get caught. People are smarting up.” Justin also confirmed that he did pay his son the cash prize, a small price to pay for sending a stern message to would-be package thieves.

Provo Police said that they took the suspected thief into custody before he was transferred to another police department.

They also urged people considering hitting back at package thieves to never put themselves in a dangerous situation.