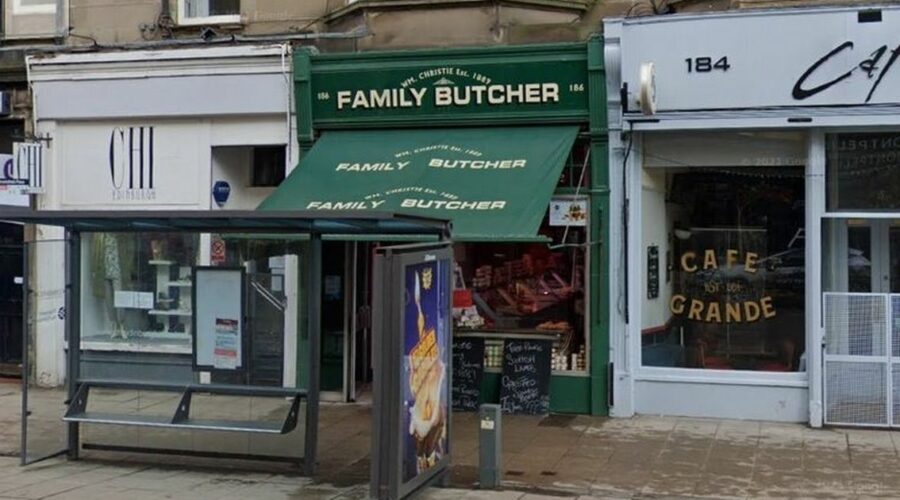 Raging vegans have taken to the internet to blast a family butchers after saying a chalkboard promotes an 'ignorant' argument about eating meat.

The sign, located outside W.M Christie Butchers in Bruntsfield, Edinburgh, jokingly calls on locals to end 'violence against plants' by eating meat, according to Edinburgh Live.

But the message was labelled 'nonsense' and the owners even singled out as 'psychopaths' by some unimpressed online plant eaters, who did not see the funny side of the gag.

The tongue-in-cheek chalk sign reads: "Every day thousands of innocent plants are killed by vegetarians. Help end the violence and eat meat." The sign makes light of a common argument used by veggies and vegans, who point out that thousands of animals are killed every year to supply meat eaters.

W.M Christie is a fifth generation family butchers which was established in 1889 and is now run by Willie Christie.

The 22-year-old student told Edinburgh Live: "I just think it’s nonsense, I don’t understand, how can they justify killing an animal like that. It only bring anger, and fights and I don’t find that funny. Surely eating plants is less damaging to the environment, and plants, unlike animals are not sentient." Adam Rennie, meanwhile, read the sign as an endorsement of cannibalism, writing: "So if I interpreted that right we need to eat the humans because it was humans that killed the plants too?"

Speaking out in defence of the butchers, vegan Gilly Billy wrote that people need to "take this in good humour", and said that "it can’t be okay for Vegans to fly the vegan flag, and not okay for meat eaters to do the same".

The Daily Star has approached the W.M Christie Family Butcher for comment.