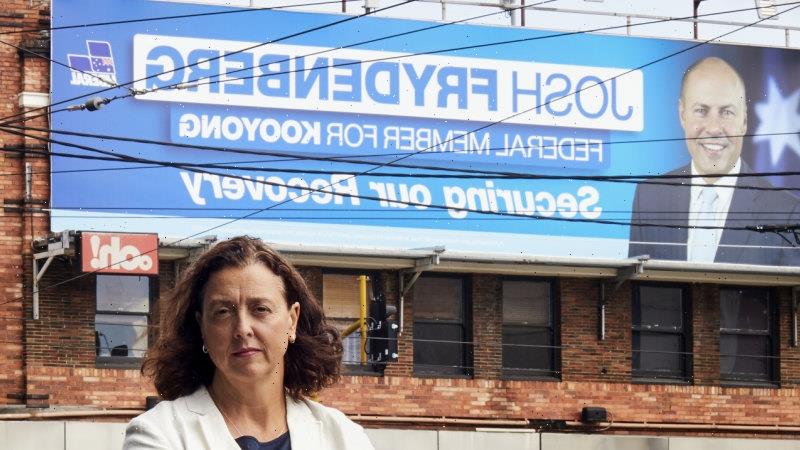 The great debate between Treasurer Josh Frydenberg and his Kooyong challenger Monique Ryan has ended in a draw without either uttering a word.

Ryan rejected an offer by Nine, owner of The Age and the Sydney Morning Herald, to host a 30-minute studio debate between the two candidates that would have been broadcast on free to air TV on Thursday afternoon. 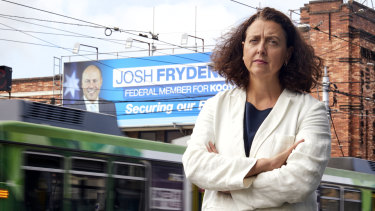 Independent for Kooyong Dr Monique Ryan at Camberwell Junction in Melbourne, in front of billboards of Josh Frydenberg.Credit:Australian Financial Review

Frydenberg pointed to the group’s Facebook site which as of Monday listed two former Greens candidates, an organiser for Ryan’s independent campaign and Michael Staindl, the man who challenged Frydenberg’s citizenship before the High Court, as administrators or moderators of Lighter Footprints.

The failed High Court challenge prosecuted the argument that Frydenberg, as the son of a Jewish woman who fled the holocaust without formally renouncing her Hungarian citizenship, was entitled to citizenship of that country and ineligible to sit in parliament.

The debate impasse means that the leading candidates in one of the nation’s most intriguing election contests are unlikely to share the same stage before Australia goes to the polls.

The Age has meanwhile been unable to convince Tim Wilson, another Liberal MP facing a challenge from an independent in the previously safe seat of Goldstein, to participate in a public forum with rival candidate Zoe Daniels.

Daniels agreed to the debate, which would have been moderated by The Age and include questions from a group of undecided voters.

Nine first approached Ryan’s campaign team last week with the idea of a studio debate to be moderated by political editor Chris Uhlmann. Ryan issued a statement on Monday saying she was only prepared to debate Frydenberg in a forum where Kooyong electors were able to ask questions.

“Mr Frydenberg needs to stop hiding from his constituents,” she said. “He should be prepared to meet with the voters of Kooyong, as I am.”

Frydenberg in previous federal election campaigns participated in candidate forums hosted by Lighter Footprints. He said that at the last one, police intervened when someone from the audience tried to storm the stage.

“I welcome a fair and balanced debate in a non-partisan forum about the important issues facing my community,” he said in a statement posted on Facebook.

Lighter Footprints co-convenor Lynn Frankes denied that her organisation was politically partisan and described Frydenberg’s characterisation of the group as disrespectful.

“We are very clear about being non-partisan, but that doesn’t mean that all of our members are not allowed to participate in political activities.”

Frankes confirmed she previously stood as a Greens candidate but said that Staindl was no longer an administrator of Lighter Footprints and the organisational details on the group’s Facebook page were out of date.

The Kooyong Candidates Forum will go ahead with Ryan, and candidates from the Greens and ALP at the Hawthorn Town Hall.

Wilson, Daniels and other candidates for Goldstein will all appear at a Bayside Climate Crisis Action Group forum at Brighton Town Hall on Thursday night. Wilson declined to take part in another proposed forum organised by The Age, citing concerns that not all candidates would be involved.

Jacqueline Maley cuts through the noise of the federal election campaign with news, views and expert analysis. Sign up to our Australia Votes 2022 newsletter here.