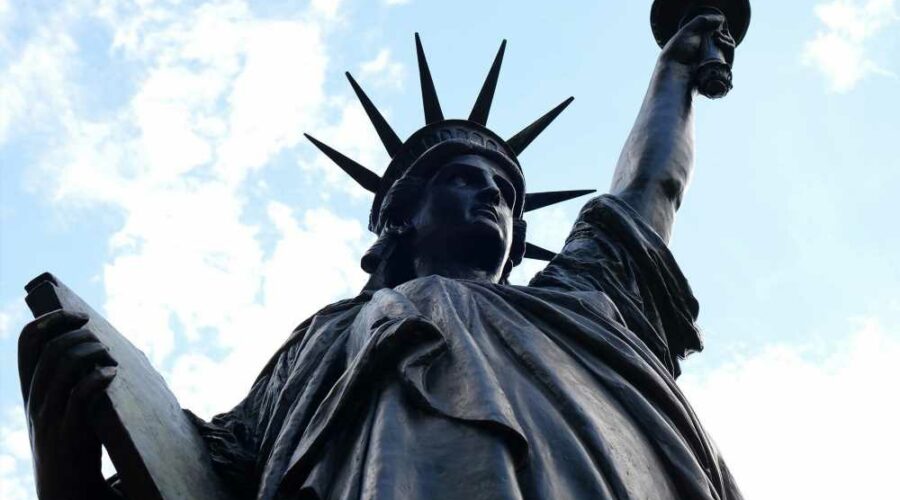 From Wall St. to Harlem, the stories behind iconic NYC landmarks revealed

Blogger tries to explain why she jumped into Hudson River

The French government is sending the city a 10-foot bronze replica of the Statue of Liberty, 135 years after the country first gifted the original national monument to the US, CNN reported.

The new statue — which is one-sixteenth of the size of its big sister — has been installed at the National Museum of Arts and Crafts in Paris since 2011, according to the report. It’s based on an exact replica of the original statue.

The little lady will reportedly be shipped out of France next week and reach New York Harbor on July 1. After the 4th of July holiday, the statue will be housed at the French ambassador’s residence in Washington, the article said.

“The statue symbolizes freedom and the light around all the world,” Olivier Faron, general administrator of the CNAM, told CNN.

“We want to send a very simple message: Our friendship with the United States is very important, particularly at this moment. We have to conserve and defend our friendship.”

The Statue of Liberty was first conceived by a French historian in 1865 as a gift to the US following the end of the Civil War — the broken chains and shackles at her foot symbolizing the abolition of slavery.

Then-President Ulysses Grant agreed to put the copper statue in New York Harbor, where it would serve as a beacon of hope to all the ships arriving in the city.

The 225-ton statue was shipped and assembled in 1885 before being dedicated by President Grover Cleveland the next year. Within about 20 years, the copper had oxidized and turned the statue green.