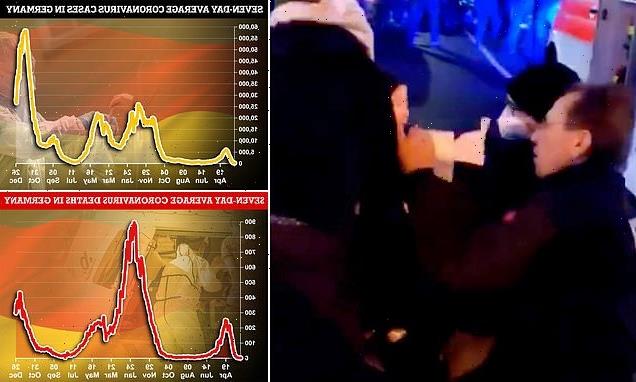 A four-year-old has been accidentally pepper-sprayed by police after its mother took the child to an anti-lockdown protest in Germany.

Violent clashes broke out with police wielding batons and firing pepper spray at protesters who punched, kicked and spat on them in Schweinfurt, Bavaria, on Sunday night.

Footage shows the screaming child, who was taken to the demonstration in a pram, being treated by two officers after coming into contact with the spray.

After a few minutes and an eyewash the child was ‘completely symptom-free again,’ the police said.

The mother is due before a judge on Monday after officers launched a formal complaint referring her to social services for endangering the youngster. 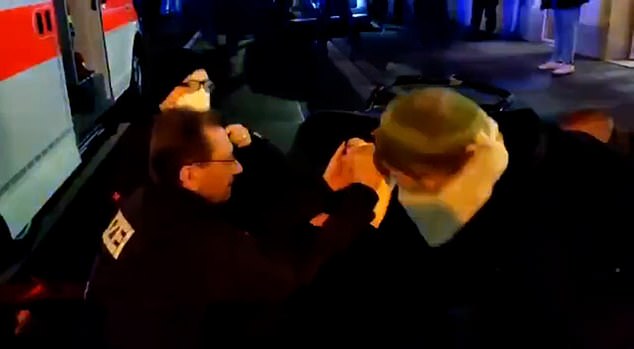 Footage shows the screaming child, who was taken to the demonstration in a pram, being treated by two police officers after coming into contact with the spray 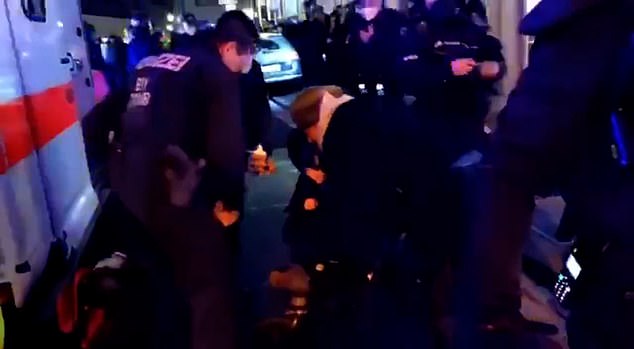 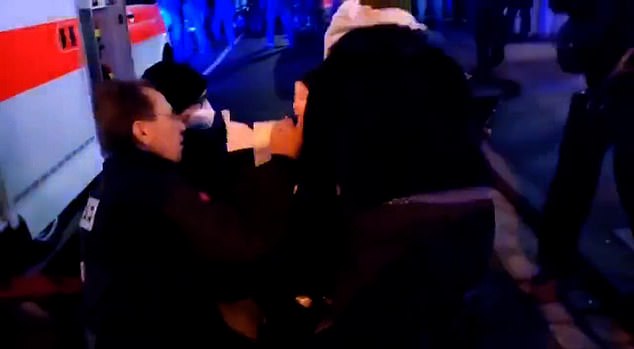 The mother was sharply criticised by police union boss Oliver Malchow who slammed parents who use their children ‘as protective shields against police measures’ at Covid protests.

‘These mothers and fathers accept that their child will get into a violent confrontation,’ Malchow, chairman of the local GdP branch, told the Rheinische Post newspaper.

Several officers were injured by ‘punches and kicks’ while others were ‘insulted and spat at,’ police said.

And while the child was being treated furious demonstrators could be heard yelling at the officers trying to provide medical assistance.

‘People are more and more frustrated, the longer the corona issue simmers. Unfortunately, there is no end to these conflicts in sight,’ Malchow said.

‘I can only appeal to those who want to demonstrate peacefully against the compulsory vaccination: Go to registered demonstrations and do not allow yourself to be instrumentalized by extremists.’

Police arrested eight people and brought proceedings against another 44 protesters following the demonstration. 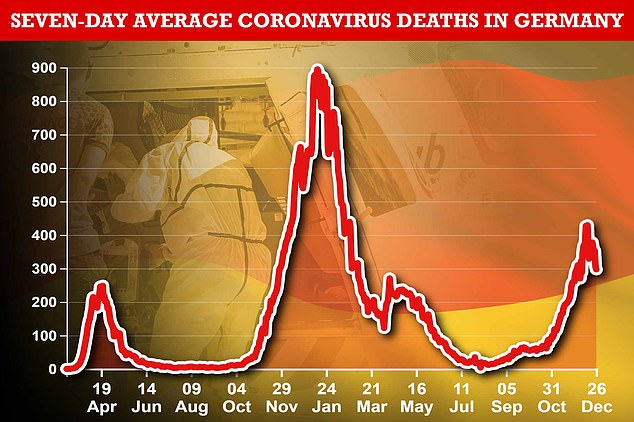 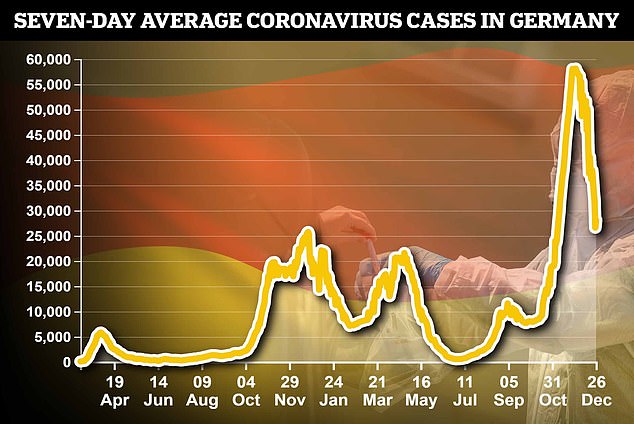 Schweinfurt has seen protests against the regulations by increasingly organised demonstrators using encrypted messaging apps to rally people in the streets.

On December 12, 2,000 people gathered in the city and on December 9, up to 1,200 protesters gathered in Schweinfurt without giving any notice to officials.

Four people are expected to be dealt with by judges today, with swift verdicts expected as the city hopes to deter further protests.

Fury has been ignited by fresh rules being imposed across the country on Tuesday, limiting private gatherings to 10 people and banning people from large venues, including football stadiums and nightclubs.

Since the start of the month, unvaccinated Germans have been banned from entering non-essential establishments.

There is rising fury at the new government over rules which many believe are unwarranted because infections are declining and there is evidence that Omicron is milder. 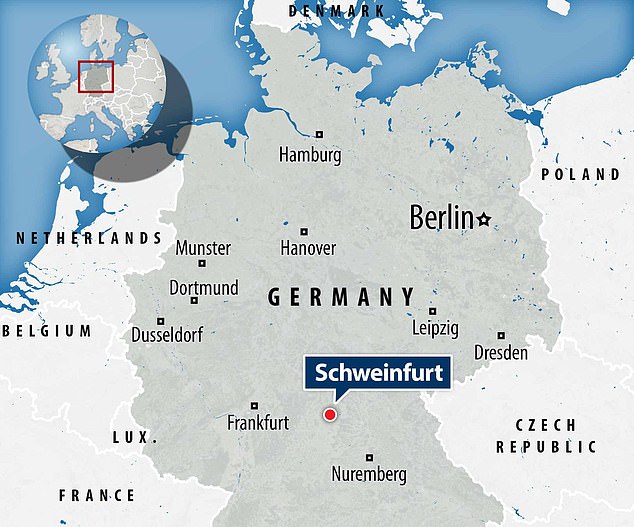 Police shut down a concert in the northern city of Hamburg on Saturday attended by 800 people who they said were not keeping to social distancing rules.

During the police operation there were isolated incidents of damage to the venue as they ordered people to leave.

Germany’s current daily Covid infections are averaging 28,128 – that’s a 26 per cent decline on a week ago.

Deaths, averaging 297 over the last seven days, are down by 20 per cent over the same period.