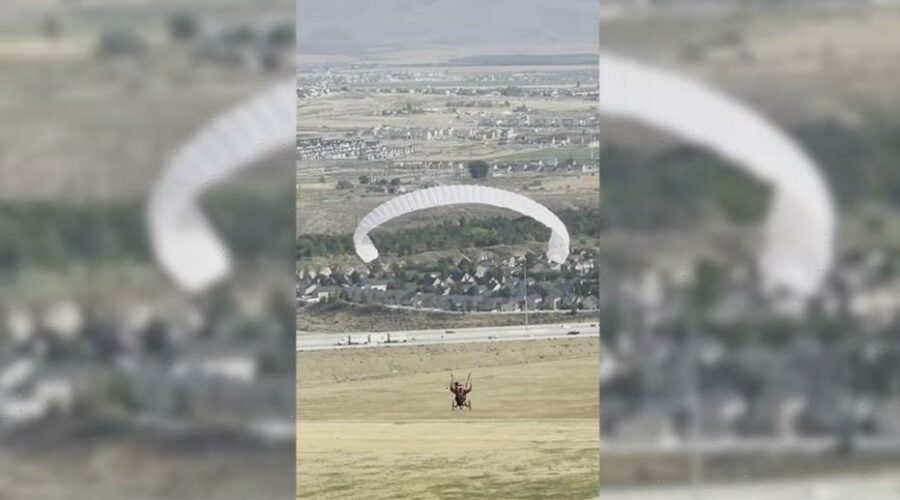 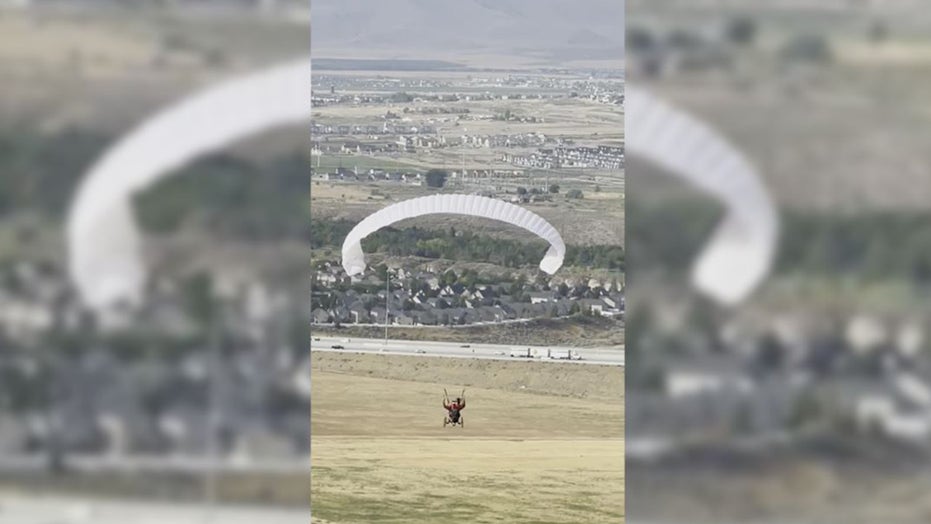 Project Airtime offers free paragliding sessions to anyone from individuals with special needs, people suffering with illnesses, and those who are wheelchair-bound to veterans free of charge.

A former soldier left paralyzed from a skydiving accident last year is one of a handful of people who have learned to paraglide on their own with Project Airtime.

Before being introduced to the Utah-based adaptive paragliding program, Brenden Doyle had spent about nine years in the U.S. Army.

In January 2020, he was left paralyzed from the waist down after a landing accident. Seven months later, he started flying with Chris Santacroce and his team, who have spent the last six years helping a range of individuals reach new heights. 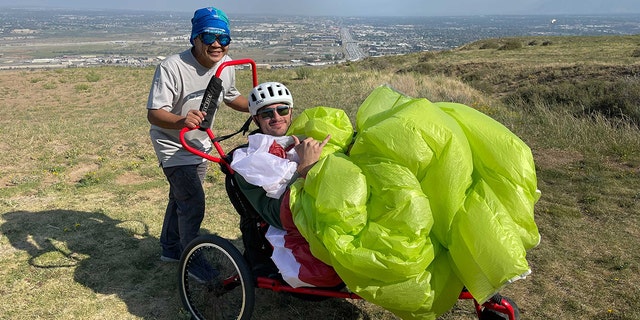 The nonprofit takes individuals with special needs, people with brain and spinal cord injuries or other illnesses, their caregivers, the elderly and veterans paragliding for free.

Santacroce told FOX News that they are looking for anyone who just “needs a boost” or is willing to “rise to the occasion.”

At the beginning of his journey with the nonprofit, Doyle started flying tandem, as most Project Airtime participants do. But Doyle didn’t just want to sit along for the ride. He wanted more. 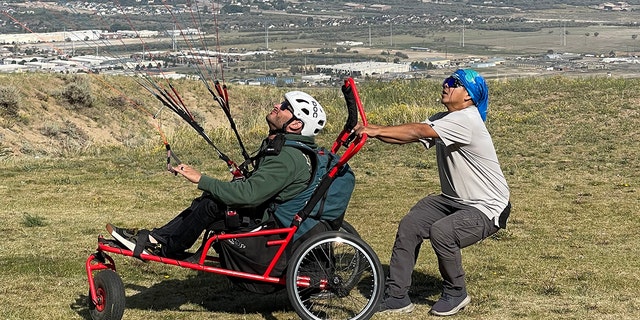 “When I got injured, a lot of my independence was stripped from me. To be able to do the things I love myself is way better than just being along for the ride,” Doyle told Fox News.

Typically, a pilot and passenger get strapped in and fly for roughly 20 to 30 minutes “depending on how much fun they’re having,” Santacroce said, adding that “some people are quite happy to go for 15 minutes.”

He’s even had a handful of participants – like Doyle – that have gone on to fly solo over the years.

Santacroce created the program six years ago, but he’s been a full-time paragliding professional for nearly three decades. For 13 years, he was also a Red Bull athlete where he showcased free-flying sports.

Over 10 years ago, Santacroce injured his spinal cord while attempting one of his tricks, landing him in a wheelchair for a couple of weeks. 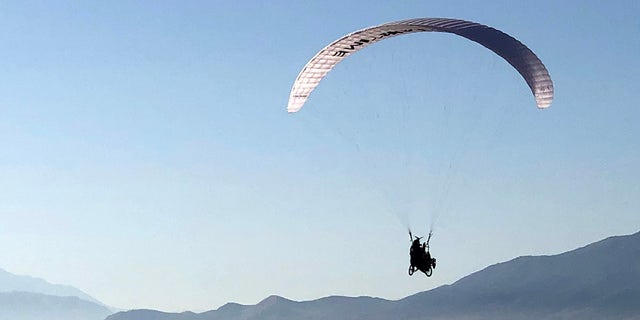 “I always did this trick where you sort of drag your wingtip on the ground and then straighten up and land,” he said. “And one day I just was out flying [and] I got it wrong.”

Spending time in the wheelchair changed his perspective on life. 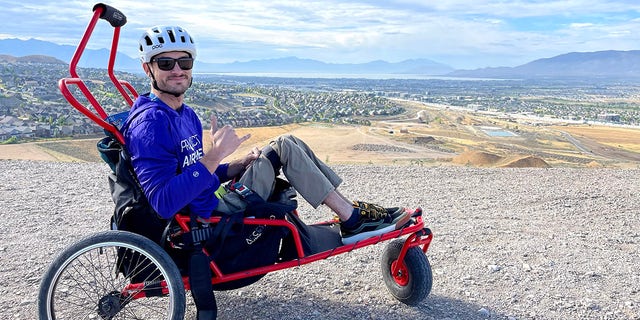 In light of getting a “second chance,” he recalled asking himself one very important question: “What am I supposed to be doing with my life?”

“The answer was quite clear,” he said.

When Santacroce isn’t running Super Fly paragliding, which offers equipment sales, paragliding lessons, tours and clinics, he dedicates his time to Project Airtime, reminding those, that no matter what, they can still “have a radical experience.” 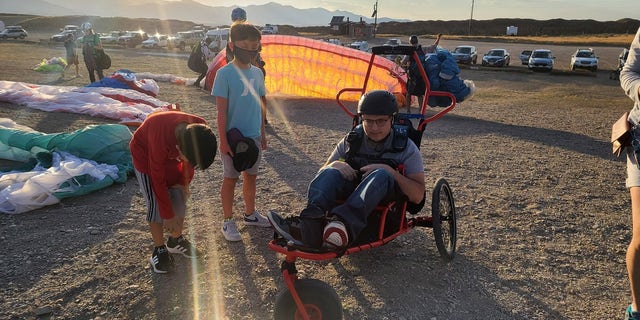 Project Airtime does about 80 flights a year at its location in Salt Lake City, Utah, 40 of which are for the individuals who sign up and another 40 are for their caregivers, Santacroce said.

They also have chairs around the country, in Seattle; Bend, Oregon; and Austin, Texas.

Santacroce says it’s the best thing he has ever done. For his participants, however, it means infinitely more. 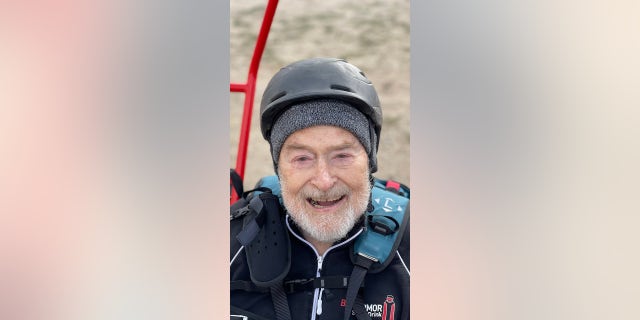 They “just want to have freedom and they want to be able to pursue this stuff and not be at a disadvantage,” Santacroce said.

And when they’re in the air, “they’re at zero disadvantage compared to the next guy,” he added.

In fact, it can even feel liberating for those who spend much of their time in a wheelchair.

For a lot of people, “they tend to forget their disability altogether,” he added.