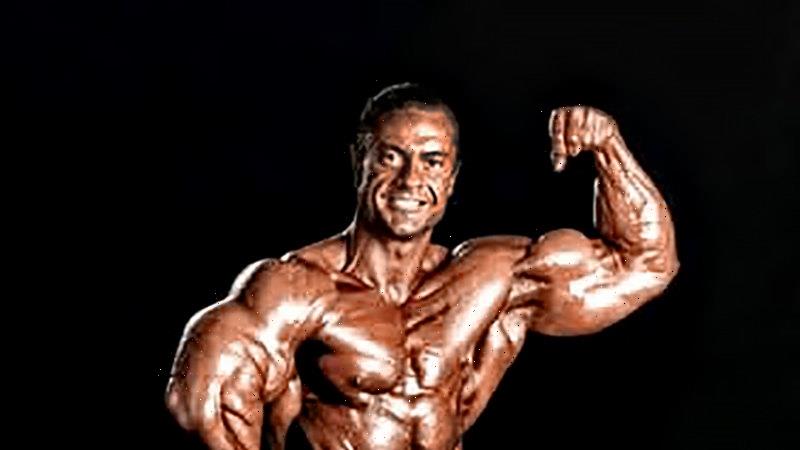 Former Mr Universe Gary Lewer is a polarising figure. To his many friends he is an inspiration, a vegetarian, anti-drugs campaigner and a fierce supporter of animal rights. To his detractors – the police and Home Affairs Minister Peter Dutton – he is an intimidator, a drug importer and the person behind a threat to “nail your dogs to the door”.

What is beyond dispute is that, by accident or design, if you get on the wrong side of Gary’s massive, bodybuilder’s frame, bad things happen. 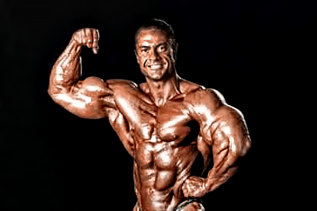 Lewer and his friends say he is the victim of harassment by police, who have fabricated a series of allegations against him due to a vicious vendetta. Police say many of the charges they have laid or would like to lay against Lewer haven’t stuck because witnesses have been too frightened to give evidence.

That would normally constitute a stalemate. But as a five-year-old Gary arrived in Australia from Britain and, probably believing his parents had done it for him, he did not take out Australian citizenship. (This is somewhat ironic as he has won a record number of Mr Australia titles and represented Australia in 10 world titles, winning Mr World and Mr Universe.)

Body builder Gary Lewer. Created ripples on his tummy and in the Federal Court.Credit:Facebook

In 2017, after a series of police investigations, Lewer applied for and was granted a visa to stay in Australia. But when Dutton was sent a police intelligence dossier on the body-builder it was the Minister who did the heavy lifting.

In 2020, he declared Lewer a person of bad character who should be deported to his country of birth in Australia’s national interest.

Naturally Lewer, a man who could bench press a woolly mammoth, was unlikely to meekly accept such a character assessment and appealed to the Federal Court.

On Thursday the decision was published. In the eyes of Federal Court judge, Justice Bernard Murphy, the muscled winner of world titles was, in fact, a loser.

Lewer’s supporters say police are using the body-builder’s ancient history against him and that as a 66-year-old man he has had a (nearly) spotless record for more than 25 years after he did a bit of time on weapons charges.

According to an online petition, Lewer “inspired thousands of people into fitness and good health. He now uses his following to bring awareness to the cruelty of animals.” 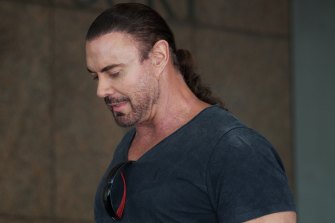 His Facebook page certainly promotes a healthy lifestyle and vegetarian diet, which means he has made many adjustments since he was convicted in 2004 of selling animal steroids to fellow body builders.

The police dossier shows him as an alleged drug trafficker, arsonist, intimidator, organised crime figure and tax avoider. He has prior convictions for firearms, drug possession, break and enter, property and driving offences.

Lewer argued that Dutton’s decision to deport him was unfair as it relied on a police report that was based on “suspicion and innuendo”.

The intelligence report in question finds Lewer to be involved in, “Sophisticated criminal drug importation and manufacturing enterprises … [and] possesses sound knowledge of police investigation methodology, is extremely disciplined in his criminal conduct to avoid detection and therefore is an extremely difficult suspect to investigate”.

Prosecutions failed, the report claimed, when “witnesses have retracted their statements (in one case citing fear) and a Crown witness died”.

Although he had been under various forms of investigation for more than 35 years Lewer was unlucky to come to the attention of a veteran local detective who made it his mission to expose the bodybuilder. In 2013 he was charged over the importation of precursor chemicals from China that police allege could have been used to make ice valued at $500 million. The charges were later dropped.

It all began almost by accident when hazardous chemicals discovered in a rented property in Frankston were found to be the type used to make ice. The local detective got hold of the case and would not let go. This started the dossier that ended with the minister.

Lewer’s supporters are calling foul, saying in their on-line petition, “A police officer has grossly abused his powers by fabricating stories of ‘bad character’ to convince the home affairs minister Peter Dutton, to deport an Australian. The officer who has a long-standing vendetta against Gary is acting under the auspices of the Victoria Police. He has not produced any evidence to support any of the accusations he presented to the minister.”

Police insist the officer is a gun detective who refuses to blink no matter how big the target.

The ice charges fell over when the Chinese government revoked a decision to allow two Chinese alleged co-offenders to give video-evidence. No-one knows why there was a change of heart.

The police intelligence report sent to Dutton said Lewer “has forged a powerful reputation in criminal circles as being a violent individual who has the proven behaviour and financial means to inflict harm on any person that provides to police information about his criminal activities”.

The report lists a series of crimes in 2015 and 2016 linked to Lewer including that he launched a wave of terror against a family building a retirement complex next to his former wife’s Frankston home that would have impacted on their view.

First the excavator caught fire, causing $100,000 damage and then a massive hole filled with water in the Lewer property caused a landslip wrecking concrete work on the development next door. There were further fires on the construction site and two cars owned by the developers were firebombed.

Their windows were smashed and police alleged the owner’s daughter was followed by Lewer.

The girlfriend of a family member told police she received a phone call and work from a man she believed to be Lewer who threatened to blow up her house, burn her cars and “nail her pet dogs to the front door” – an alleged threat that does not sit well with Gary’s stance on cruelty to animals.

Police also claim that in 2009, when a gym owner who was intimidated into allowing Lewer to work out for free, cancelled the arrangement when he found Lewer selling steroids in the carpark and sleeping with his girlfriend. Then the gym was burned down.

Minister Dutton concluded, “non-citizens such as Mr Lewer who commit such offences and engage in such conduct should not generally expect to be permitted to remain in Australia.”

Lewer says he has been railroaded and that he is being kicked out due to a report filled with innuendo and suspicion but no evidence. He says that someone who has lived in Australia since Sir Robert Menzies was Prime Minister should not be bounced out by a Kangaroo Court.

But unless he wins in an appeal, Lewer will have to resign himself to squeezing into an economy seat bound for London. Here’s a tip: if you end up in the seat next to him best not to challenge him over the armrest.