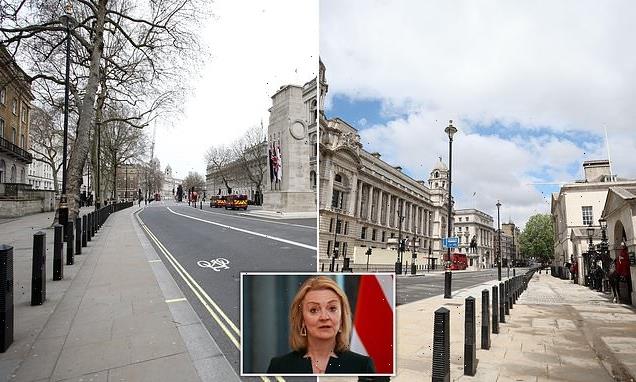 Foreign Office to cut staff by 20%: Civil servants told their jobs could be at risk over the next four years as ex-ambassadors warn cuts will ‘severely damage UK’s global reputation’

The Foreign Office plans to reduce its staff count by almost a quarter within the next four years in a move that could have severe consequences for Britain’s international prestige, experts have warned.

Civil servants working in the Foreign, Commonwealth and Development Office have been hit with the news that staff numbers will be cut by 20 per cent by 2025, reports the Times.

The FCDO faced a barrage of criticism over its handling of the evacuation of Afghanistan in August, exacerbated by junior mandarian Raphael Marshall’s extraordinary whistleblower testimony.

Mr Marshall warned soldiers had to be drafted in for desk work in the Foreign Office when colleagues insisted on putting their ‘work life balance’ first. He also claimed thousands of pleading emails were opened, but were not dealt with.

Another source of frustration of civil servants in the FCDO has been the planned merger with the Department for International Development, which has yet to come to fruition.

‘Further cuts in FCDO numbers now seems to be completely incompatible with rhetoric about Global Britain,’ he added. 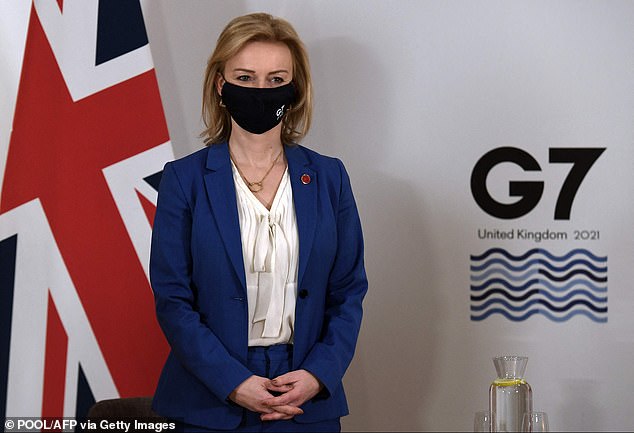 Civil servants working in the Foreign, Commonwealth and Development Office have been hit with the news that staff numbers will be cut by 20 per cent by 2025. Pictured: Foreign Secretary Liz Truss at the G7 summit in Liverpool 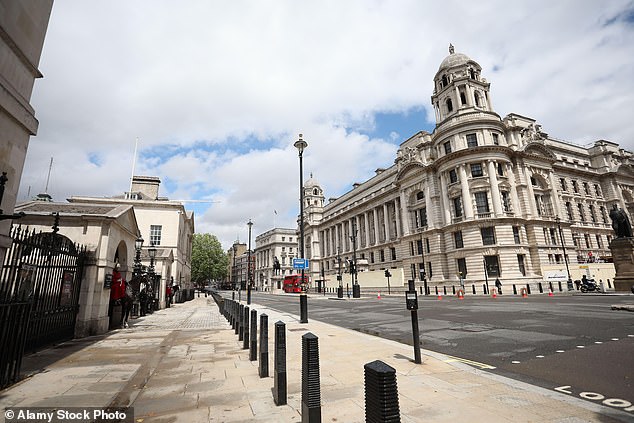 FCDO civil servants were told that a voluntary redundancy scheme will be opening soon to help staffing numbers be cut by 20 per cent. Pictured: An empty Whitehall, London

Civil servants were told that a voluntary redundancy scheme will be opening soon to help staffing numbers be cut by 20 per cent.

Staff are already said to be grappling with low morale after the FCDO’s top mandarin Sir Philip Barton admitted there were ‘lessons to be learned’ from the bungled Afghanistan withdrawal.

It comes on top of an incomplete merger with the Department for International Development that employees fear will result in unequal pay and a ‘culture clash’, between teams, reports the Times.

Warning of the devastating impact of the ‘massive’ reduction in headcount, Lord Ricketts said Foreign Office posts were now ‘hollowed out with very small numbers to actually go out and do diplomacy, do development work, be on the ground and understand what’s going on’.

His comments were echoed by Sir Paul Lever, ex-ambassador to Germany, who told the Times that the planned cuts would affect Britain’s ‘presence and performance’ on the international stage.

He said: ‘You can’t absorb a cut of 20 per cent across the board in staff while continuing to do all the things you used to do… they won’t be able to maintain the same level of presence and performance.

‘They will therefore need to be more ruthless in choosing what the priorities are.’

Lever suggested more funding would be needed to combat existing cuts in language training for staff in foreign-facing roles.

It comes as Sir Philip Barton told shocked MPs he stayed on holiday for 11 days after the dramatic fall of Kabul – as he admitted there are ‘lessons to be learned’ from the Afghanistan debacle. 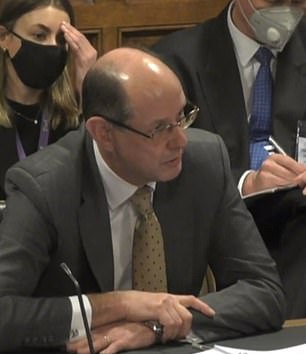 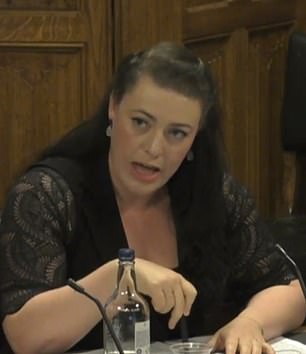 During an extraordinary committee hearing, Sir Philip Barton (left) revealed that he did not return from a break until August 26, nearly two weeks after the government collapsed and handed the Taliban control. He was slammed by MPs including Tory Alicia Kearns (right)

During an extraordinary committee hearing, the top mandarin revealed that he was on leave from August 9 and did not return until August 26, nearly two weeks after the government collapsed and handed the Taliban control.

He refused to say where he was on holiday, but disclosed that it was partly in the UK and partly abroad – trying to play down the impact on the crisis response by saying he had put cover in place and at the time he left there was ‘no inevitability’ about the situation spiralling.

‘If I had my time again I would have come back from my leave earlier,’ Sir Philip said. Furious MPs questioned when he had booked the trip – and why he was allowed to be off at the same time as Dominic Raab, as well as the national security adviser and the head of the Home Office.

The £185,000-a-year mandarin – who has a pension worth £1.7m – said the evacuation from Kabul following the collapse of the government was ‘one of the most complex and challenging crises we’ve had to face’.

But he conceded there were ways it could have been handled better and he ‘wished’ the operation had been able to get more vulnerable people out.

Sir Philip, senior colleagues and former Foreign Secretary Dominic Raab are all scrambling to fend off damning testimony from a junior civil servant who claims that at times they had been the only person dealing with thousands of emails from those desperate to flee the Taliban.