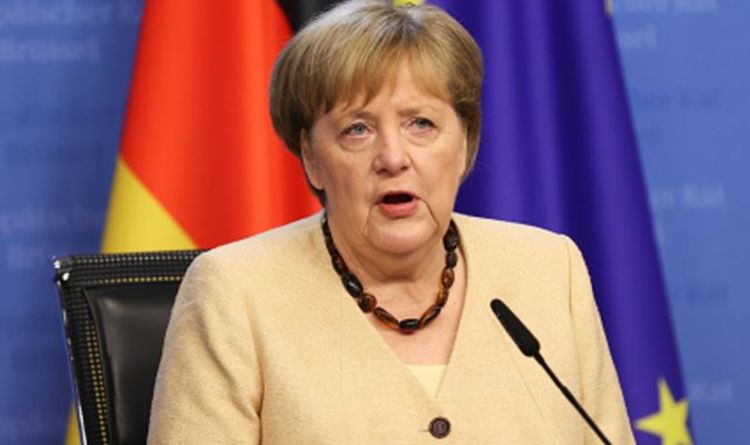 She did not name Russia and China but hinted at their influence in the region.

She said stronger regional cooperation promoted since 2014 had already achieved initial successes, such as a roaming agreement that had just come into force.

But the move infuriated Belgian MEP and staunch europhile Guy Verhofstadt who claimed the bloc needs substantial reforms to its internal politics before it can welcome more member states.

He blasted: “Enlargement has always been a spur to institutional reform & is again a precondition: first fix rule of law, common migration policy & unanimity in foreign affairs.

“No geopolitical role for Europe without fixing EU’s internal politics!”

The conference was attended by the heads of government of Serbia, Albania, Northern Macedonia, Bosnia-Herzegovina, Montenegro and Kosovo, as well as European Commission President Ursula von der Leyen.

Ms Von der Leyen said: “Our first priority is to accelerate the enlargement agenda across the region and support our Western Balkan partners in their work to deliver on the necessary reforms to advance on their European path.”

In the video conference, France’s President Emmanuel Macron had “very clearly” declared his support for the prospect of the six states joining the EU, Ms Merkel emphasised.

Separately, Ms Merkel said Germany would give 3 million COVID-19 vaccination doses to the Western Balkan nations “as soon as possible”.

The Western Balkan countries are at different stages of integrating with the European Union.

Montenegro and Serbia are the most advanced, having opened accession negotiations and chapters.

Albania and North Macedonia are awaiting the official opening of accession talks, while Bosnia-Herzegovina and Kosovo are potential candidate countries.

At the beginning of June, the Commission announced that a package of over €14billion (£12billion) for the 2021-2027 Multiannual Financial Framework period has been agreed between the European Parliament and the European Council to fund Turkey and the Western Balkans.

The eye-watering financial package will serve as an instrument to support potential new members of the EU prepare with their paths towards membership.

The agreement will now be translated into legal texts, which will need to be approved by the European Parliament and the Council.

Commissioner for Neighbourhood and Enlargement, Olivér Várhelyi, said: “This long-awaited agreement on our ambitious financing assistance is a positive, welcome and strong signal for the Western Balkans and Turkey.

“The agreed package is a solid investment in the future of the enlargement region and the EU, supporting the implementation of key political, institutional, social and economic reforms to comply with EU standards and progressively align with its rules and policies.

“It will provide funding for the Economic and Investment Plan for the Western Balkans, a key tool to underpin the economic recovery of this priority region.

“Through investments in key sectors including connectivity, infrastructure, environment and climate, as well as energy and digital, it will boost the convergence with the EU and bring tangible benefits for citizens.”

The package will provide support to Albania, Bosnia and Herzegovina, Kosovo, Montenegro, North Macedonia, Serbia and Turkey with an overall budget of €14.162 billion in current prices for 2021-2027, starting retroactively from January 1, 2021.

In Turkey’s case, the funds will also serve to keep refugees from crossing into the EU.