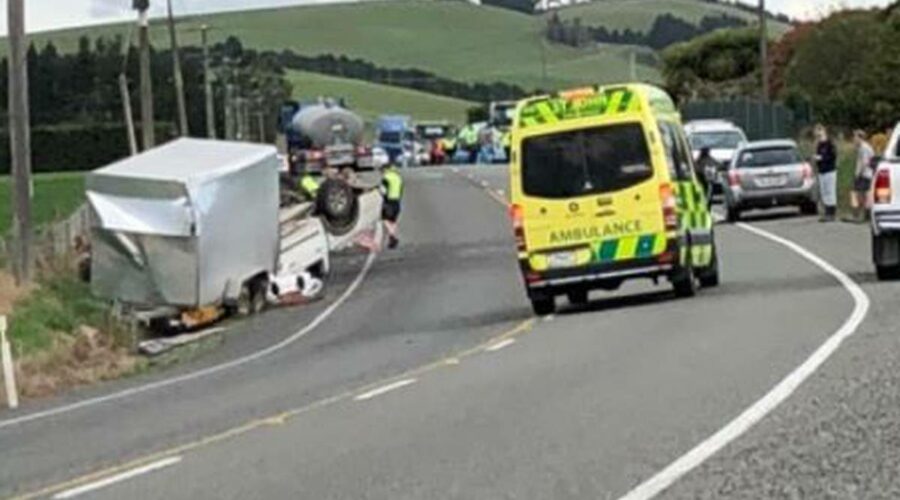 Five people have been flown to hospital by rescue helicopter after a two-vehicle crash near Herbert in North Otago this afternoon.

A Fire and Emergency New Zealand spokesman said they were called to the scene at 12.17pm, with one person trapped in their vehicle and one of the vehicles involved having rolled onto its roof.

Fire crews from Oamaru, Weston and Kakanui attended the scene.

A St John spokeswoman said the five injured were transferred to Dunedin Hospital in three helicopters, with three patients in serious condition and two in moderate condition.